Brabham made its last world championship Formula 1 start in the 1992 Hungarian Grand Prix. Future world champion Damon Hill scraped his BT60B onto the back row of the grid and finished last, four laps down, before financial issues forced the team into obscurity.

The Brabham family, of course, raced on, but that seemed the end of the road for the constructor that Jack Brabham and Ron Tauranac had founded three decades earlier. David Brabham, son of Jack, was busy carving out his own racing career in the 1990s, one that would yield two Le Mans 24 Hours class wins and outright success with Peugeot, plus titles in the All-Japan GT Championship and American Le Mans Series. But he never forgot about the team he had briefly raced for in F1 in 1990, a time he says brings "painful memories".

"That's when it started to go wrong I think," says Brabham. "Middlebridge had bought Brabham and wanted me to drive in the F1 team. The year before, they had a great little car and some great results for a little team. It all sounded really good, but when I arrived there was a big global financial crisis and the money dried up.

"We weren't sure if we were going to get to the next race until someone paid for engines – it was a bit of a nightmare."

It was more than a decade before David started to think about the Brabham name once more. "When I got to about 40 I thought I probably had about 10 years left of driving and wondered what I was going to do in terms of the future," says the 56-year-old. "I thought we've got this iconic racing name but we didn't do anything with it. We had a great opportunity so I had a chat to my father."

Jack Brabham had some trademarks but there were a few gaps, and David soon found himself in a fight for the rights to his own name: "We decided to strengthen up the protection of the name Brabham and discovered somebody had registered before us – not long before us – the name Brabham and Brabham Racing in Europe, so I entered into a legal battle to get the name back under family control." 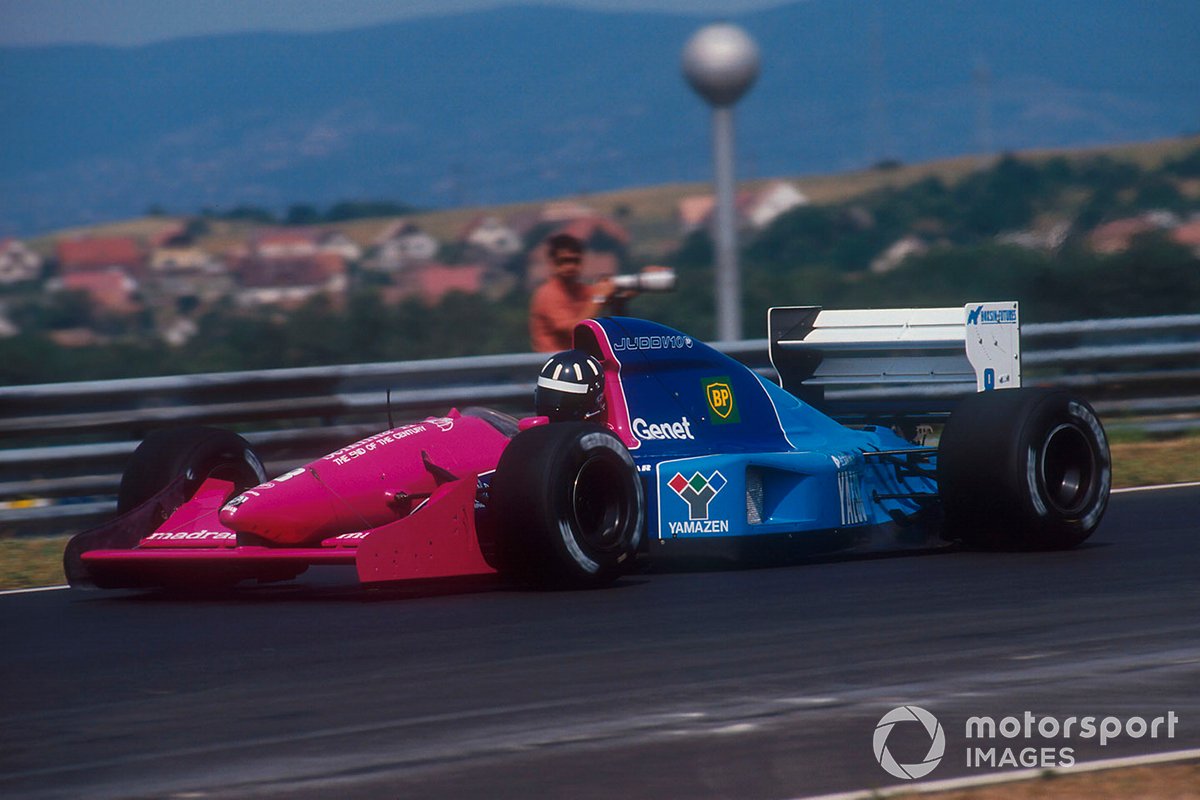 Seven years later, on Christmas Day 2012, the name was transferred back to the family. Then it was: "I've got it, now what do I do with it?!"

Project Brabham, a crowdsourcing programme aimed at competing in the World Endurance Championship in LMP2, didn't come off, though David insists the idea could be resurrected under the right circumstances. "We felt that fan engagement was lacking and if you look today a lot of that is now happening," he says. "We may have been a bit too early with that. Though the project is on stall, it's not dead. It's still something we want to do, but we had to find a different way."

Brabham decided that using the brand name for multiple programmes could be powerful. Following a trip to Australia to see the early stages of a supercar project, he launched Brabham Automotive with funding from investor group Fusion Capital in May 2018.

"When we launched we had people come and talk to us and say, 'Can we put the BT62 on the road? Can we race it?'" David Brabham

"They'd already started on the project and didn't have a brand, so I went down to Adelaide to see what they'd done and who was involved," says Brabham. "It was still very early stages but you could see the potential. It was the start of the new chapter of Brabham to carry the legacy forward with a very cool project, the BT62."

The Brabham BT62 is a 700bhp, 5.4-litre V8-engined high-performance trackday car "to break lap records and develop the driver's skills through the driver development programme, weighing under a ton and with 1200kg of downforce". The plan is for 70 to be produced to mark 70 years (up to 2018) since Jack started his racing career in 1948, and the first 35 will wear liveries to represent Brabham's 35 world championship F1 victories as a constructor.

The project was initially kept quiet, so created a stir when made public: "When we launched we had people come and talk to us and say, 'Can we put the BT62 on the road? Can we race it?' So there are three variants and there are cars out there in each of those forms. Brabham Automotive then decided it needed to get more into racing to grow the business and the GT2 side of it with SRO opened up an opportunity."

The result was the BT63. The BT62 had raced (and won) as early as 2019 in Britcar, with David at the wheel of the car that bears his name, but the arrival of the GT2 European Series in 2021 encouraged Brabham Automotive further down the competition route. 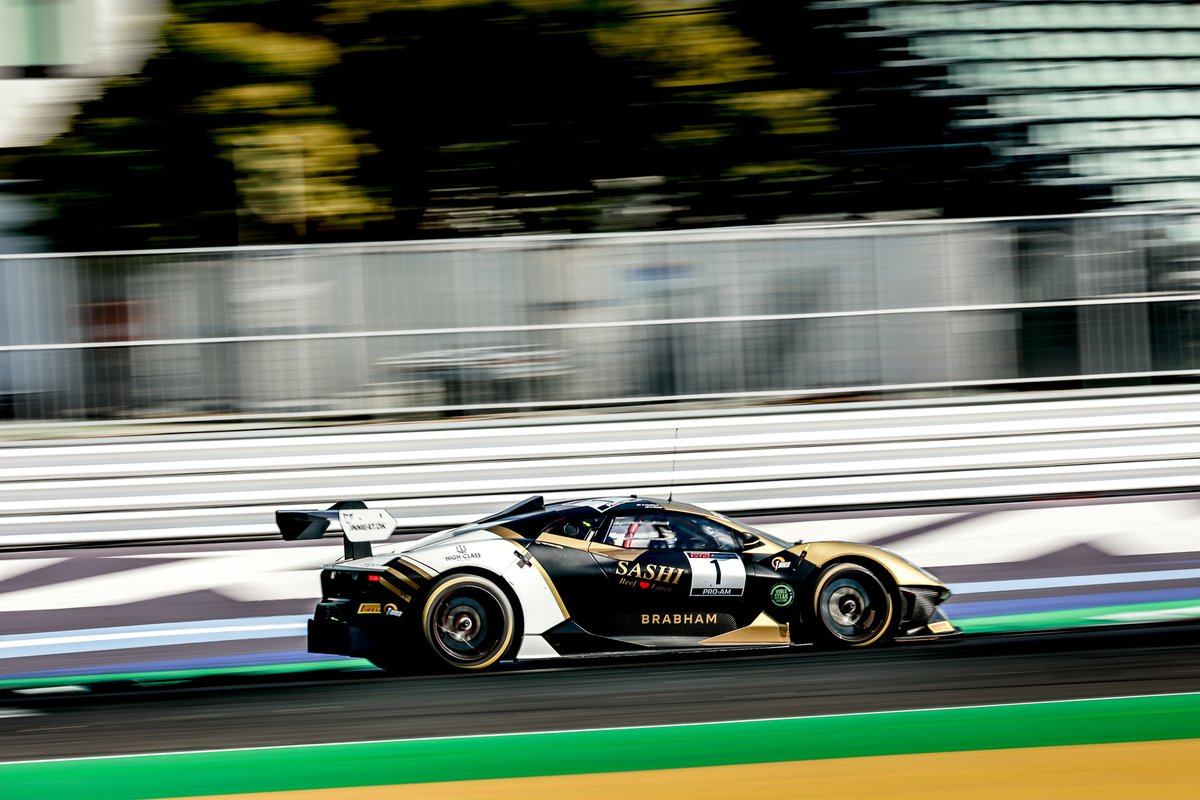 The heavier and less powerful (to meet the GT2 regulations) BT63 made its debut at the 2021 finale at Paul Ricard, run by leading squad High Class Racing and driven by David Brabham and Dennis Andersen. High Class is running the factory Brabham Automotive programme in the series this year, and scored a win at Misano in July with Anders Fjordbach and Kevin Weeda on the driving strength.

It's all been part of the growing process and Brabham Group, the owner of the Brabham name, now has an Esports team too, in conjunction with Simply Race in Milton Keynes. David has his sights on bigger stages but is realistic about how long it could take.

"The ultimate goal, as Brabham Automotive said at the very beginning, is to race at Le Mans," he says. "What shape and form that might be is difficult to tell because they are huge programmes. They are huge financial commitments and you need to be able to support that. We've got to have time for the company to grow and it sees the GT2 as a great opportunity to do that. It needs to be relevant to what we put out on the road, a proper homologated road car. It's step-by-step and the reality is it will take a few years."

David has been a proponent of green technologies for two decades and was one of the driving forces behind the Michelin Green X Challenge that arrived in the ALMS in 2009 and rewarded prototype and GT teams that demonstrated the best overall performance, fuel efficiency and least environmental impact throughout the length of a race. That sort of thinking will also be part of Brabham Automotive's future.

"A lot of it will come down to the regulations on what power source is used. All the series in the future must adapt and change to these modern technologies that are about sustainability, and rightfully so. It needs to, not just for survival but to push and advance the technology that will help the everyday user. Motorsport always pushes technology forward. It's fantastic to see where that's all headed."

The issue for Brabham Automotive as a fledgling company is that there are so many possible avenues. Electric power, hydrogen, synthetic fuels, hybrids could all be viable routes. "The biggest challenge is to know where to put your resources – what is actually going to work," confirms Brabham. "I've heard certain manufacturers say they're going electric and then the realisation is actually maybe electric might be part of the solution but it's not all of the solution. You're going to have different options and each option requires a significant amount of investment. There are lots of channels you have to think about and invest in. 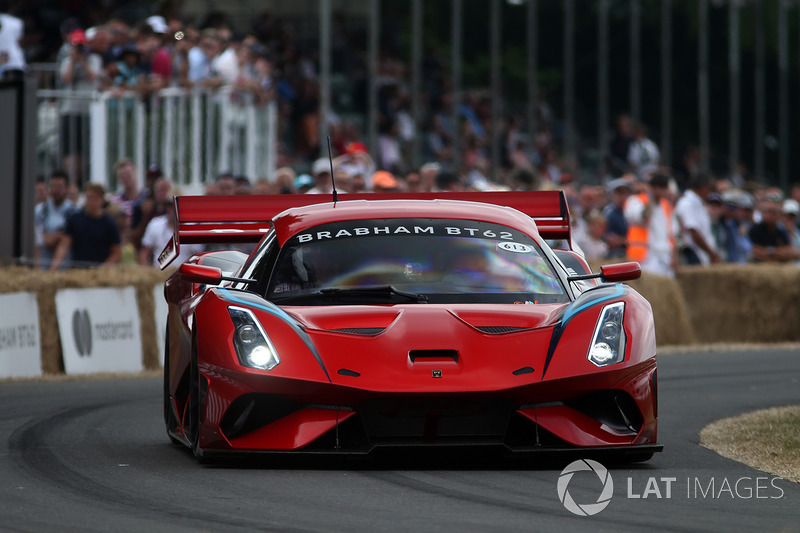 "For a company like Brabham Automotive wanting to go to that next step there are a lot of big decisions to be made. It may be a good thing for us to not be in that position yet to commit to those sorts of programmes until it settles a bit, but that will be a decision for the directors of Brabham Automotive."

Thanks to various global circumstances, the future is as uncertain as ever, but what Brabham Automotive has achieved already is making sure that this famous name will play a part of that future. Hill's 1992 Hungarian GP struggle is no longer the last chapter in the story of Brabham as a constructor.

"After having nothing 10 to 15 years ago, there's a lot going on now, which is great for the Brabham brand" David Brabham

"When I look back at what was achieved in the 1960s, dominating the customer racing side of things and winning Formula 1 world championships, it was a big name and it laid the foundations for the future," says David, who picks out the 1983 BT52 as the F1 Brabham he'd most like to drive. "It's still mindboggling when you look at how much success they had.

"After having nothing 10 to 15 years ago, there's a lot going on now, which is great for the Brabham brand. It's been quite challenging but we're still there and we're pushing." 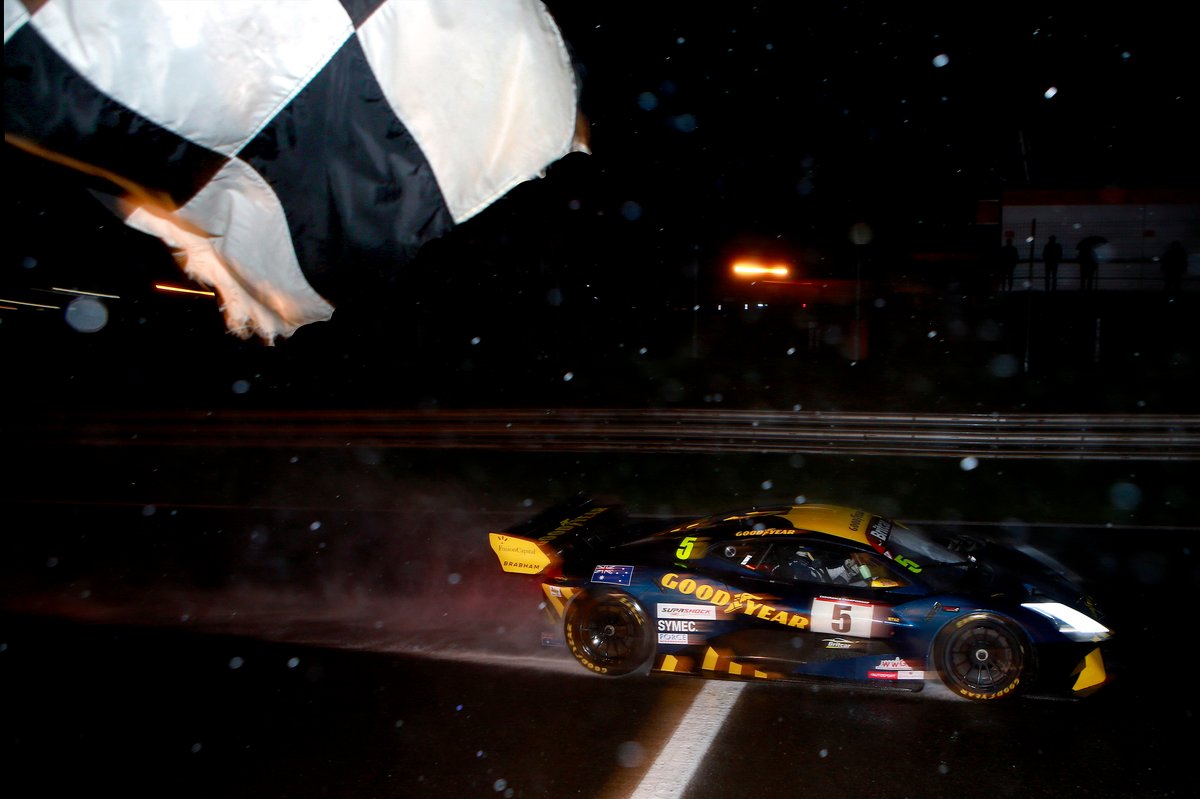 Could Brabham ever return to F1?

Ron Tauranac may have thought that Formula 1 was a distraction from the customer side of the Motor Racing Developments business, but Brabham's success at the pinnacle of the sport was considerable. It is still eighth on the list of all-time world championship race wins, having only been overtaken by Renault/Alpine at the 2021 Hungarian GP.

David Brabham, who started 24 F1 races for Brabham and Simtek, doesn't rule out a Brabham return but believes such a project will look very different to the team that first appeared with Lotus chassis in 1962 or the Middlebridge squad that closed 30 years later.

"It's close to our hearts and we want F1 to be a success and still be the pinnacle and leader in technology," says Brabham. "There's a lot of change going on – the fans have got a lot more engaged content now of what's going on, the F1 paddock has opened up. The Netflix scenario has opened up a whole new audience and there are new regulations coming in 2026, synthetic fuels are going to become more prominent. 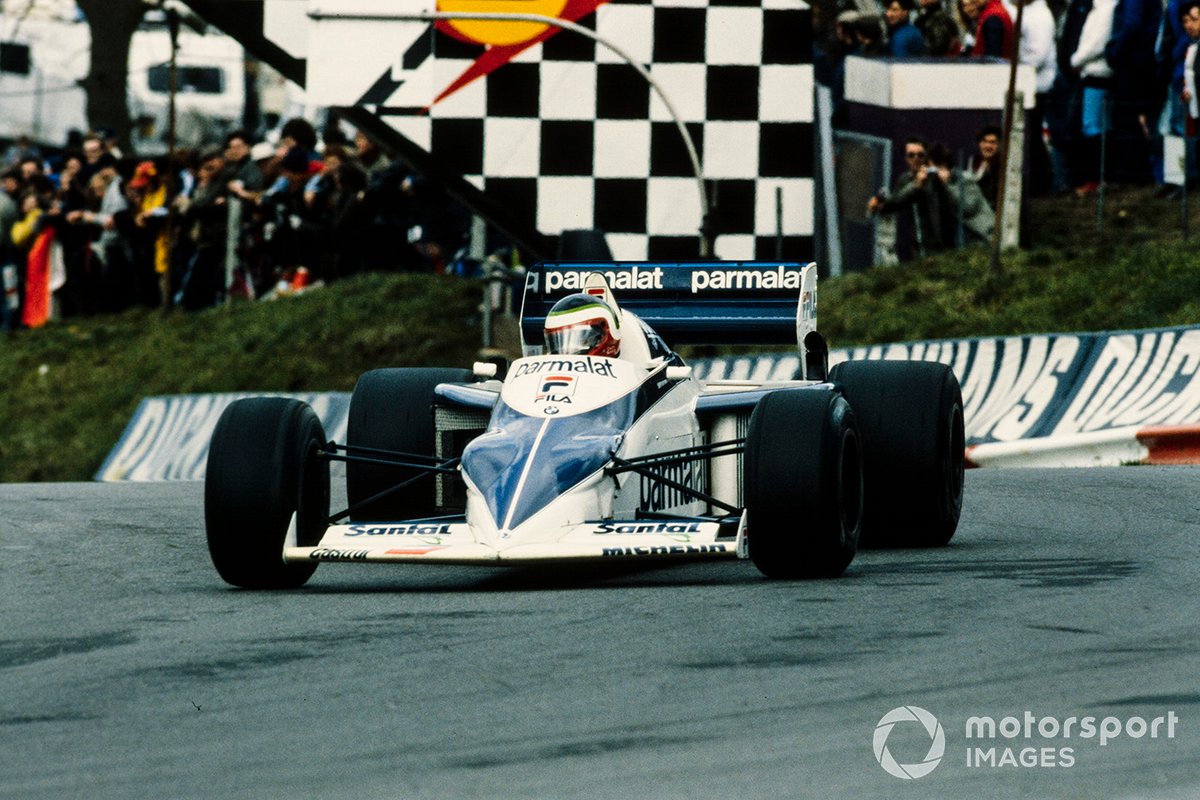 "I love watching F1 and it is still very healthy, although it's pretty much a closed shop. For any new team coming in it's probably near-impossible. I could be wrong but I think the barriers are quite high unless you are a major manufacturer. But it sounds like the big manufacturers aren't really interested in doing something themselves, they want to do it with established teams, which will probably make it even harder for new teams to come in."

There could, however, be another way in: "I'd still love to see Brabham back in F1. I can't tell you how many people have approached us, saying, 'We're going to buy a team and we want a brand so we want to talk to you.' You get really excited and then you start diving in to see how it could work and then the project would fail because the money didn't turn up.

"The long-term dream would be to win Le Mans with a Brabham car and to see Brabham back in F1, but that won't be through Brabham Automotive, that would be a separate brand activation."

Go to the Autosport Podcast to hear more from David Brabham: