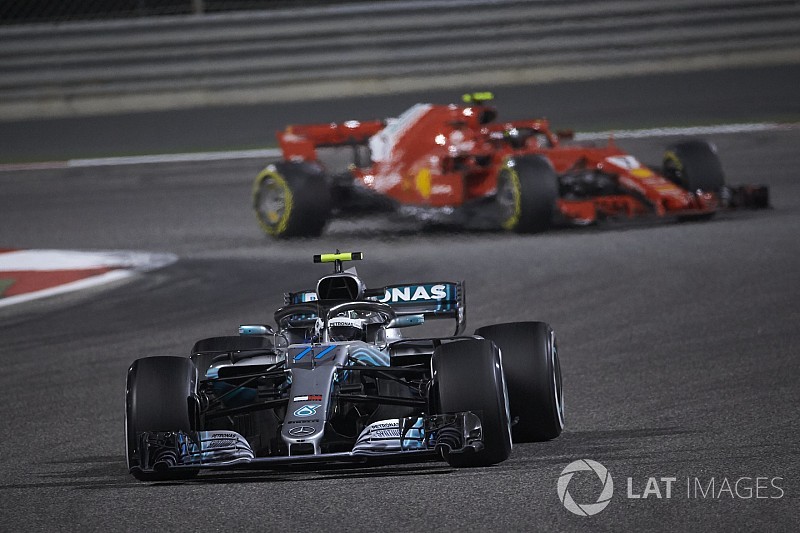 Sebastian Vettel pulled off one of his greatest F1 victories in Bahrain, but a defeated Mercedes was left with a nagging feeling that this was a race it let slip through its fingers.

Mercedes had the Bahrain Grand Prix won on lap 21. Well, almost. According to team boss Toto Wolff, there was only a one-in-ten chance of Ferrari winning despite Sebastian Vettel being in the lead. And yet, 36 laps later, Vettel claimed his second consecutive grand prix victory by 0.699s from Valtteri Bottas.

"I think we had won the race already after coming out on the medium behind Sebastian with a gap they were able to close down and knowing Ferrari would either have to stop once again or would run out of tyre if we were to push them," said Wolff when asked if his team could have done anything differently. "This was the moment where the 90 percent possibility of us winning was, and we lost that."