Carlos Sainz has hailed McLaren's support and "healthy environment" as being key factors in exceeding the Formula 1 team's expectations during his two-year stint at the Woking outfit. 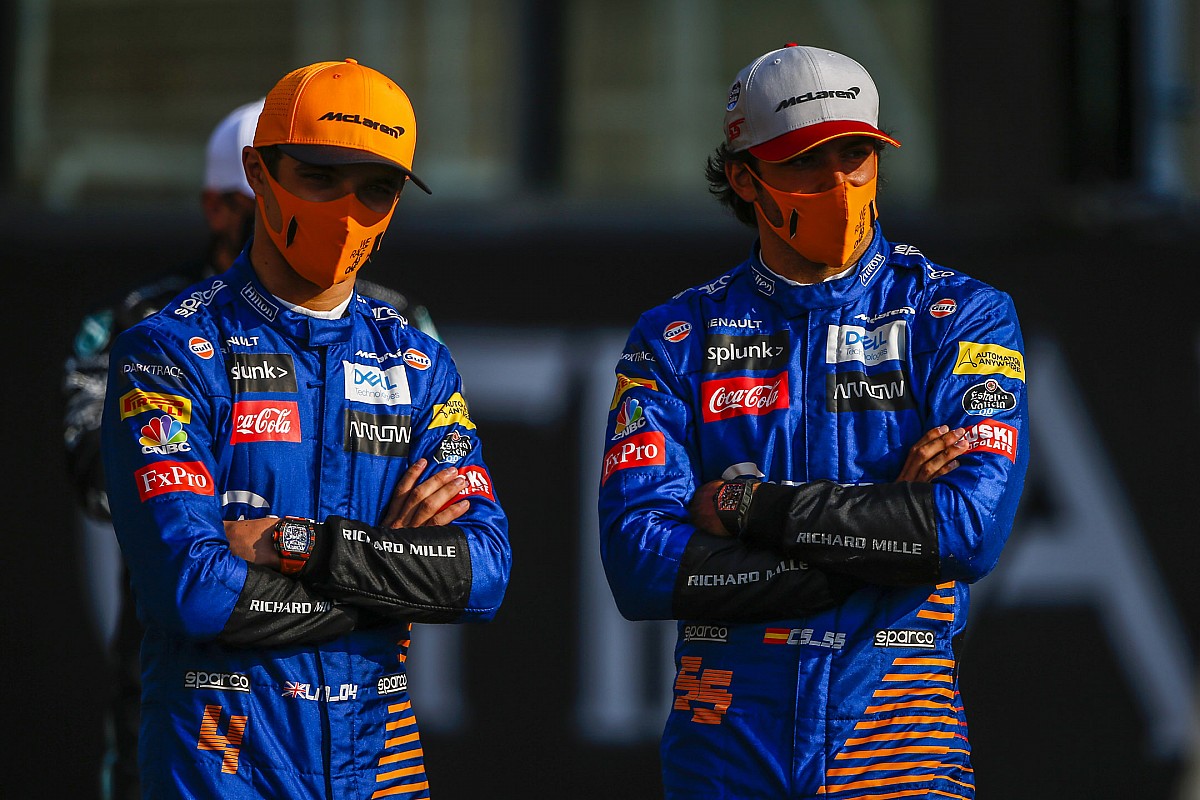 The Spaniard made his final appearance for McLaren in Abu Dhabi earlier this month ahead of his move to Ferrari for the 2021 season, helping it finish third in the constructors' championship.

Sainz scored two podiums during his time with McLaren, and came close to winning this year's Italian Grand Prix, with his performances prompting Ferrari to sign him on a multi-year deal in place of Sebastian Vettel.

McLaren Racing CEO Zak Brown hailed Sainz for doing "an outstanding job" over the past two seasons, and said he had "exceeded our expectations" since his arrival from Renault.

"I think that's something that Andreas [Seidl] and I in the garage are pretty good at. And he's really excelled. He's been very fast in qualifying. Very tough racer. He's demanding when he needs to be.

"He's done a great job the last two years. I would say he has exceeded our expectations."

Sainz had previously faced pressure on one-year deals at both Toro Rosso and Renault, but said the support and stability offered by McLaren from day one was a key factor in bringing out the best in him.

"I wouldn't underestimate the support from all the management, and what effect that has on a driver," Sainz said.

"Having also that security for two years, it didn't feel like one qualifying was going to change my whole career. I never really felt the pressure building up. I never felt any necessity to put a result together.

"It just shows that a good team spirit and a good team building, and a healthy environment to perform is always important as an athlete."

Brown told a story of how McLaren ensured it picked up Sainz's confidence after he was knocked out in the first stage of qualifying for his debut for the team at the 2019 Australian Grand Prix.

"I went into him after qualifying, I said, 'I know you were on a mega lap, you just got caught out,' I think it was Kubica's tyre that had gone down or something," Brown explained.

"I immediately went in and said, 'man, you're awesome, we all know what happened there'. He said to me at that time, 'I really appreciate that - no-one actually usually comes in and tells me that'.

"He was an extremely determined individual, but I think athletes, you need to understand their psyche and what makes them work.

"At McLaren, it's a family atmosphere we've created, and so we adapt to each other. We've helped raise Carlos's confidence that he had there."

Recalling Brown's support in Australia, Sainz said: "I was really quick all weekend, I was very comfortable with the car, and then suddenly I got traffic at the end of Q1, and I was knocked out in Q1 which made me incredibly frustrated.

"But as soon as the qualifying finished, I knew I was driving well, and I just need a couple of good comments from my bosses and from everyone just to cheer me up and feel that the next day was another day.

"That was a good example of how a good team spirit works, how to operate a team by the management."