How Ferrari went from favourite to nowhere in Singapore 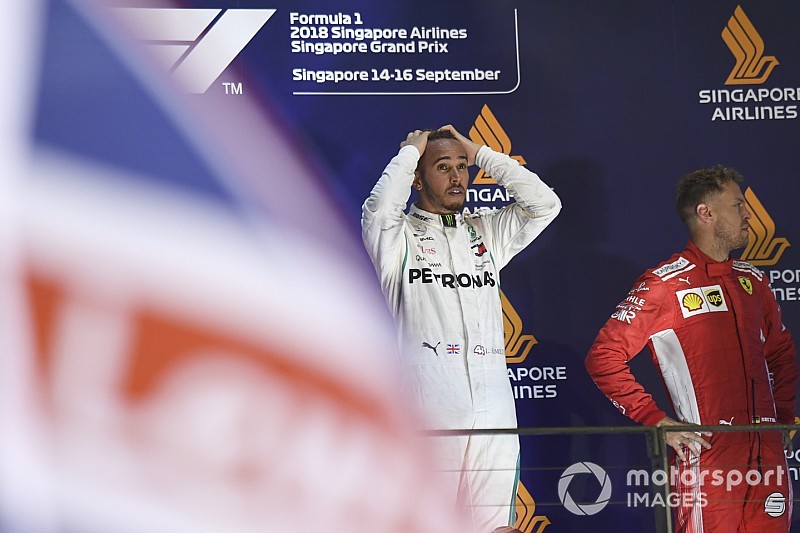 A crash in practice and a poor strategy choice were obvious factors in Ferrari's shock SIngapore Grand Prix defeat, but there were further underlying reasons why Sebastian Vettel left Marina Bay reduced to title outsider status.

Where did the speed go? That was the question Sebastian Vettel and Ferrari would not, or could not, answer after a chastening, emphatic defeat in the Singapore Grand Prix at a track where it was expected to set the pace.

Until qualifying started, everything was going more or less to plan. Vettel had half a second in hand over Lewis Hamilton in free practice three, but from the moment Q1 started Ferrari was a step behind Mercedes and under serious pressure from the Red Bull of Max Verstappen. The caveat was an incident that was superficially only a footnote to the weekend but that can't help but have contributed to what happened.