How Ferrari is preparing its future F1 stars

One can only image what the two hotel receptionists said to each after the Ferrari Driver Academy checked out following its recent winter training camp to the Pontresina resort in Switzerland.

For during the week it was there, taking pride of place in the middle of the main hall was a top-grade F1 simulator, which was rarely left alone.

The noise of the simulator (which had the front end of the Ferrari F2004 to add a bit of authenticity) provided an ever-present backing track to the high-altitude training session when the FDA's recruits all came together.

Every time one of the youngsters passed through the reception area, he was tempted to complete yet another lap – and were he to break the lap record, then very quickly a WhatsApp message was sent around the rest of the group to let them know.

By the end of the week, the youngsters had to concede to experience though, with Giancarlo Fisichella's lap of 1m24.815s around Monza proving to be unbeaten. His performance behind the wheel proved to be as good as the advice he was able to offer the new kids.

Along with Andrea Bertolini – who was preparing ahead of some running in historic F1 cars at Fiorano – the input from the seniors was an important part of the week for youngsters eager to listen, learn and fast track their progress. 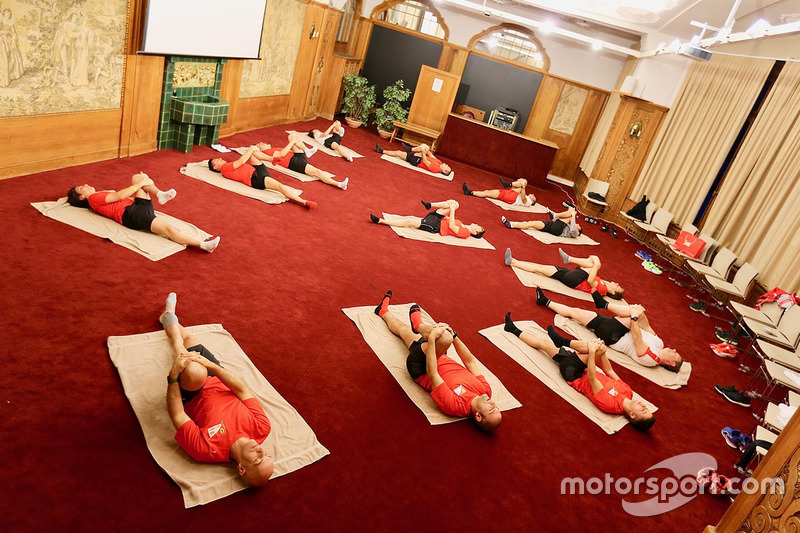 Three FDA members could not make it. Robert Shwartzman and Marcus Armstrong had to take part in the Toyota Racing series in New Zealand, while Guan Yu Zhou had other clashing commitments.

This week-long get-together, organised by the programme's manager Massimo Rivola, goes far beyond just a physical training camp though, for it is more about reflecting on the wider vision of the FDA.

At the root of it there is a very clear concept, because supporting and financing a young person in the path of growth towards Formula 1 has a considerable cost.

So before racing helmets and overalls can be put on, something is demanded in return. A spirit of sacrifice, margins of learning, character aspects, reactions to group living or defeat, and many other aspects that can be observed even outside a circuit.

"Being in the mountains in a new context, and far away from one's own home, creates a new situation for our boys," explains Rivola.

"It is normal for athletes to try only the activities in which they do well, but here everyone has to take part in the same programme. The goal is to stimulate competition, evaluating the reactions to success and defeat."

In motor racing it is often said that your first rival is your teammate, and in the FDA that is the case too.

Living with your opponent is a crucial step for a future professional, and in the case of Fittipaldi and Petecof, the comparison began in sharing the hotel room. It is the first step of what will be a life together with Prema in F4 this year. 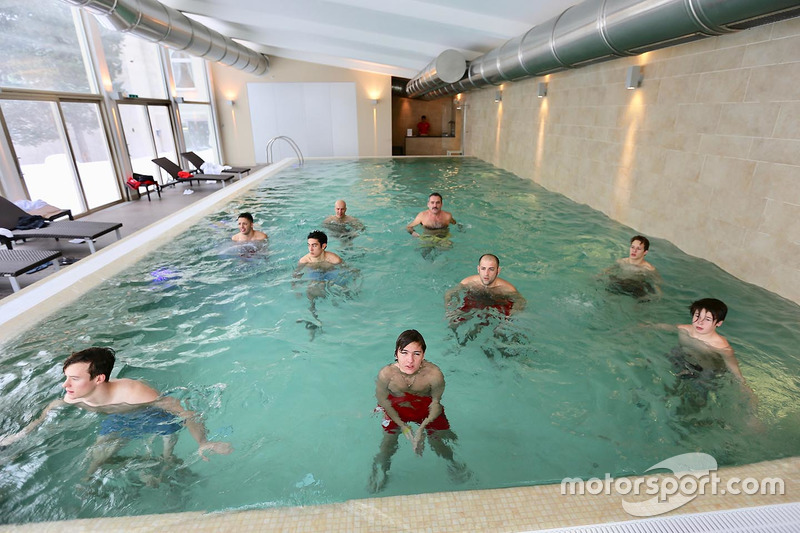 Rivola adds: "The competition creates stress, and the comparisons that begin in these three weeks of activities helps them learn how to handle this.

"The approach to training and competitions that can be done in the gym, or with skis, says a lot about a driver. When Leclerc arrived, he charged into every confrontation – but then often paid the price for that initial effort, which was collecting less than expected.

"We have done a good job with him. Being a coach or mental trainer like this puts you in a role very similar to that of track engineer - who on paper would be exclusively technical but actually needs to understand important psychological aspects."

While pushing cars and engines is nothing new in F1, what has evolved dramatically over recent years is the evaluation of drivers.

While it is now taken for granted that drivers need the right attitude to get through the doors into F1, a strong mental strength is considered a priority even beyond pure talent. A very fast driver, but with only a 'normal' psychological attitude would not last long in the pressure cooker environment of fighting for the world championship.

"In our group of drivers there are more experienced guys like Fuoco, who is about to take part in his second season in Formula 2, and other younger drivers who have just finished their karting experience," continues Rivola. 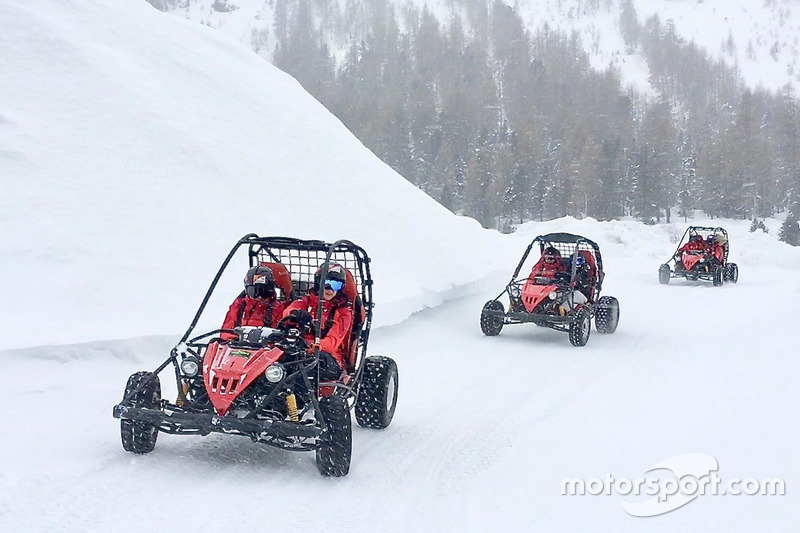 Fun in the snow

"We want them to train together, because even if the most expert can count on a knowledge that on paper gives them an advantage, a very young person can always become a thorn in their side."

The differences of age emerge in the tests that simulate the start of a race, where the young drivers always try to amaze but in doing so make too many errors and forget that it is the average value that matters most when it comes to judging performance.

But the week is also not just about hard work. During a break in proceedings, there is some stifled laughter as one of the drivers realises that his phone has gone missing – stolen in a prank. The culprits (this time Fittipaldi and Petecof) are singled out: and in revenge their room is later turned over.

Yet even these more relaxed moments – which have little to do with racing – are observed by the FDA to study mental aptitude and personality.

For the FDA has really boomed as a project – and is a world away from how 'young driver programmes' began in the early 2000s. Back then, the approach seemed to be simply delivering some economic support to a rising star, choosing them a category and, after signing a few cheques, waiting for the race wins and championships to be delivered.

It is not like that any more. The goal goes beyond just judging speed and talent: it is about assessing how a driver will react when he gets to try his hand at F1 – and especially what his response will be after he has made a serious error or if he is facing a teammate who suddenly makes his life very complicated.

"We use Prema as our reference, because it is a team that covers the path from Formula 4 to Formula 2," says Rivola. "We always try to have direct feedback from the field of competition – and try to understand the huge number of variables that are behind a victory or a bad weekend." 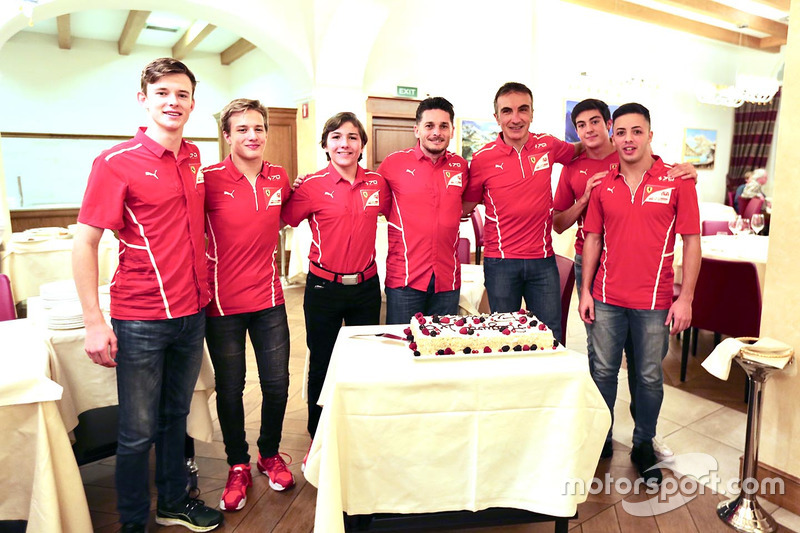 The value of the FDA has clearly ramped up in recent months, for the new Alfa Romeo partnership with Sauber has shown that there is a now a direct way to get a seat in F1. Charles Leclerc's promotion has given all the youngsters real hope that the Ferrari academy can take them all the way if they deliver.

Rivola adds: "When we learned that Charles had been promoted from the FDA to becoming an F1 driver, it was a huge satisfaction. It proved that everyone had been working in the right direction.

"For no matter how much you convince yourself that you are doing the right job, without a result like that you do not have the certainty. Now our youngsters have an extra stimulus. They know that the path to the top works – so it is even more important for them to be able to achieve the expected results."

One other thing that has changed about young driver programmes too is the age. A decade ago it was considered that a 'young' driver was 18 – now we are seeing 14-year-olds loading up with responsibility from major teams like Ferrari.

But starting so young can also lead to a scenario where, if things do not work out, a career can be over before it is has really begun. So what happens, then, if dreams don't come true and it is found that a youngster does not have what it takes to go to the very top?

"There are those who decide to find alternative categories independently of us, but we ourselves try to understand if a young person has the requirements to take part in GT racing for example – which is a very challenging category in which Ferrari has an importance presence.

"It is a very professional alternative, and much appreciated by the drivers who have embarked on this path. But our primary task remains to identify and help the growth of those who can aspire to the highest goals."

Just as the design and construction of an F1 car is about ensuring every detail is done to 100 percent, for the FDA nothing is left to chance when it comes to those behind the wheel.

And around the corridors of Maranello, the FDA is still pushed on by the famous words of Enzo Ferrari: "I like to think that Ferrari can build drivers as much as cars." 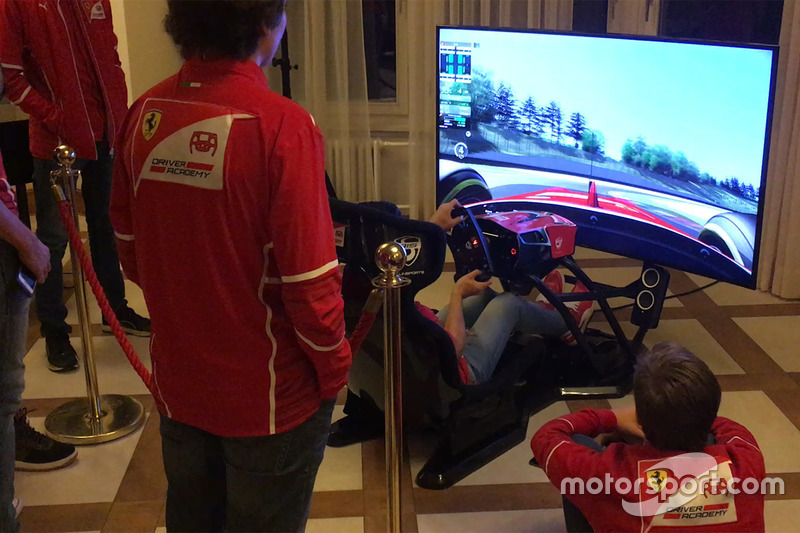