With growing audiences, increasing values and the introduction of a cost cap, is Formula 1 entering a golden era when owning a team becomes a profitable business rather than the world’s fastest money pit?

It was perhaps not by chance that the subject of teams eventually being worth over $1 billion became a topic of conversation over the recent US GP weekend.

Packed grandstands and general admission areas reflected the Netflix effect, while the paddock was properly opened up for the first time in the COVID era, and was busy with VIPs and guests from both current and potential sponsors.

We were also in the land of the NFL, MLB and NBA, where sports franchises are a major business, and values have spiralled upwards in recent decades.

By coincidence the organisation that tops the 2021 Forbes list of the world's most valuable teams at an impressive $5.7 billion is the NFL's Dallas Cowboys, whose cheerleaders were part of the pre-race show in Austin.

Thus COTA was an appropriate place for bullish team bosses to field questions about the potential future worth of their properties. 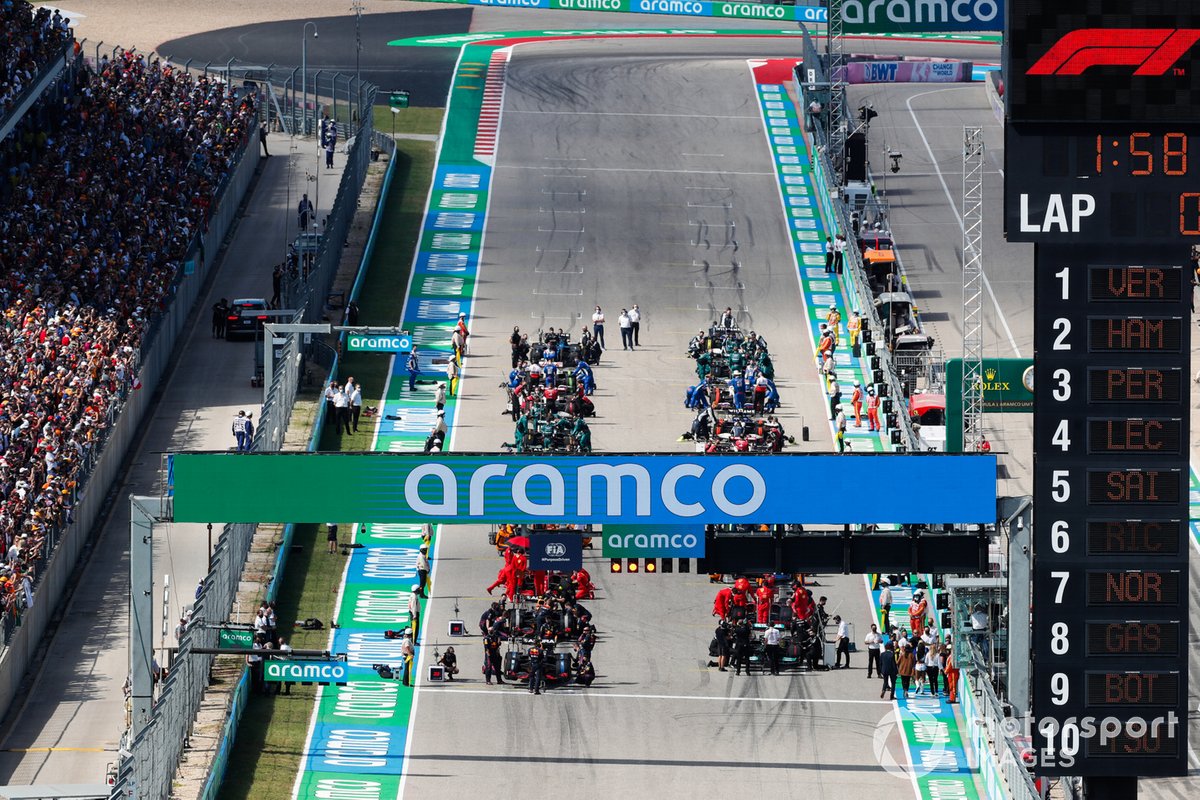 The key to their collective optimism is the cost cap that was introduced this year at $145m, and falls to $140m and then $135m over the next two seasons. As is well known, many areas of expense fall outside the limit, but nevertheless it is having a significant impact on the way the top teams do business.

Over the years some fought like hell against any form of limit, and then challenged the specific numbers once a cap became inevitable. It was at the height of last year's pandemic, when teams didn't know what sort of season we might eventually have and thus what income would be coming in, that the final figures were squeezed to what we have now.

Teams may have resisted, mainly through a desire to maintain their competitive advantage, but they've come to realise the upside of having a check on what their costs will be in the years to come.

On top of that the latest Concorde Agreement signed last year was favourable for the teams. With 23 races planned for 2022 – and no “free passes” as were required to ensure a full calendar last year – there will be substantial guaranteed income from promoters, COVID permitting.

In addition most of the significant broadcast deals are solid and ongoing, and after a slow start, Liberty has been building up its portfolio of F1 sponsors.

Credit for the current situation has to be given to Liberty Media and former F1 CEO Chase Carey, who sorted the Concorde Agreement and, with the backing of Jean Todt and the FIA, pushed the cost cap through. It really was a case of saving the teams from themselves.

The cap is significant too for the teams further down the grid and who are either just bumping up against it, or operate below it. Their owners now know that the big players are being reined in, and there is at least some hope that they can close the performance gap. 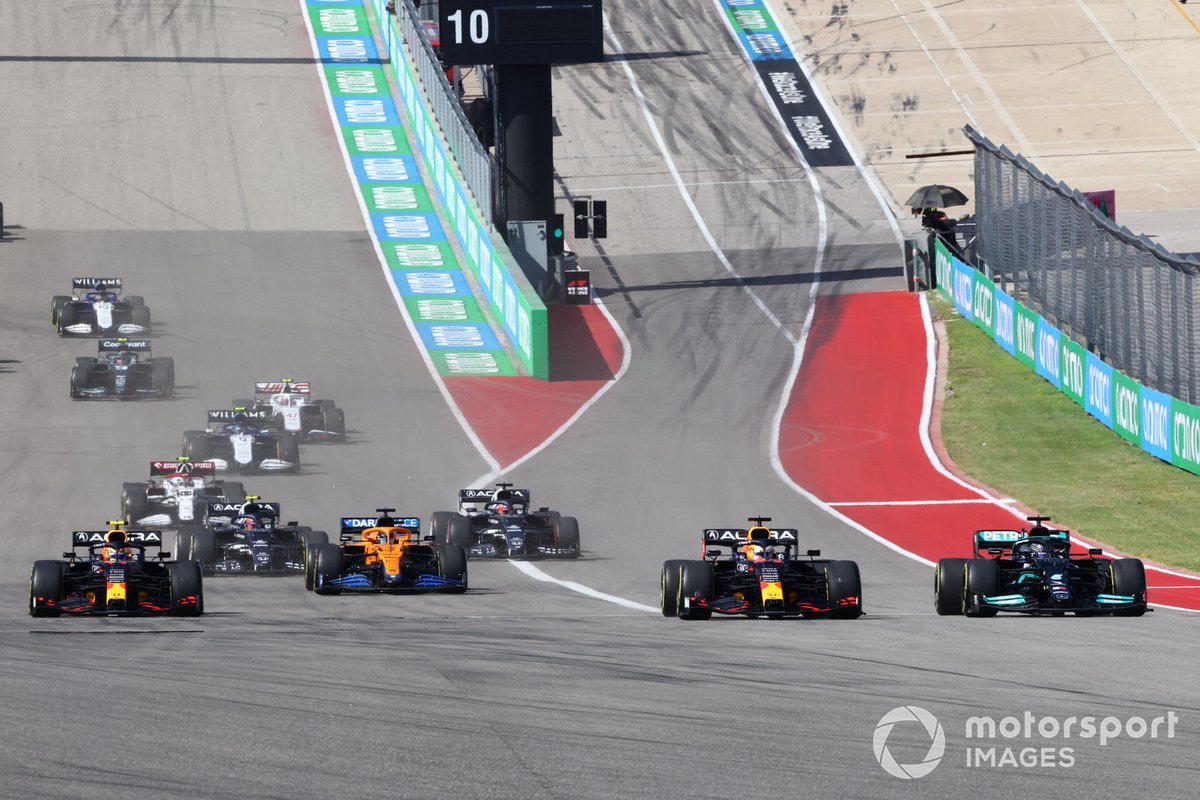 The fundamental changes, coupled with the current buzz around the sport reflected by interest from fans and venues, has caught the attention of money men around the world.

Those who got a foothold in F1 just in time, over the past few seasons, may come to realise that they did good deals.

Some, like Lawrence Stroll at Aston Martin, Finn Rausing at Sauber or Michael Latifi at McLaren, have personal reasons for committing their wealth to F1. They're not the types who waste their money on a whim, but their investments were encouraged by their obvious passion for the sport.

Others such as Jim Ratcliffe at Mercedes, Dorilton at Williams, and the Saudi and US backers who joined McLaren late last year, have less sentimental reasons. They had the foresight to appreciate where the sport was going.

Existing owners came to similar conclusions. Frustrated by a lack of results Gene Haas may have had a wobble, but he decided that having come this far, he might as well stick with it.

“I think we are in a very good moment in time for F1 because the audiences are growing,” says Mercedes team boss and shareholder Toto Wolff. “The popularity of the sport has been increasing, we are slowly but surely tapping the Americas, and Stefano [Domenicali], with Liberty, has been doing a tremendous job.

“So I can only speak for ourselves, but we have grown our top line considerably. The cost cap has brought us a bottom line, and that is how sports teams should be. It shouldn't be a marketing exercise only and a cost centre. It should be a profit centre, similar to what the US [sports] teams are.

“And we are clearly there, and I believe or I would very much hope that all the teams become profitable very soon, and I think it is on the verge. You know what your costs are. You can't spend more than $145m this year, and going down." 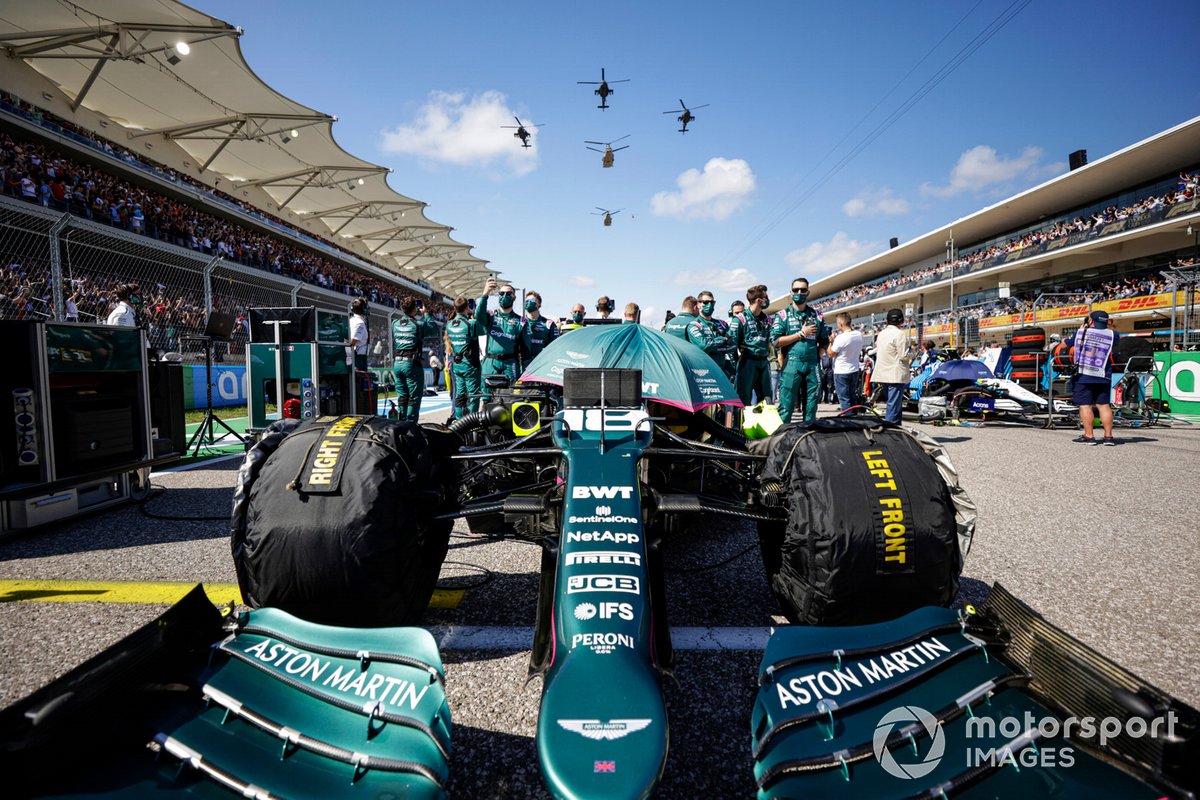 Aston Martin team members on the grid with the car of Lance Stroll, Aston Martin AMR21, as a quintet of US Army helicopters fly over the grid prior to the start

"I think with Liberty coming in, there's been a changing of the guard,” says McLaren CEO Brown. “They're sports investors, in amongst investing in lots of businesses, and I think they recognised here's this huge global sport, with some new governance, a new structure, a new leadership, and that they can really tap the potential value of the sport.

“So I think Chase did a great job, and did exactly what Liberty wanted, which was take the sport and get it set up for the future. He did that extremely well. He's now handed it off to Stefano. And now the sport's got a tremendous amount of momentum.”

Brown stresses that the team ownership picture is changing dramatically.

“I think the sport started off with entrepreneurs, then you had OEMs that came in,” he says. “And I think there's still with a lot of theses sports investors individual wealth, then coming together to create funds and things of that nature to go on and invest in these teams.

“The investors that are coming into the sport are serious people, that are sports investors and own significant businesses. And if you look at the value of other sports franchises around the world, F1 teams are undervalued, and I think that is why you see people coming into it.

“So now would be a good time for a buyer to come in but there are probably not many sellers at this point, which creates a good dynamic to push up franchise value, so I think F1 is in a very good position.”

Brown emphasises what a change there has been over the last couple of years: “I think the grid has never been as healthy. I can't recall the time that there weren't always one or two teams, or three teams, in financial trauma.

“And every team now, all 10 teams, are extremely healthy organisations, owned by people that have the ability to see through their F1 team. And I think that's a great place for the sport to be.” 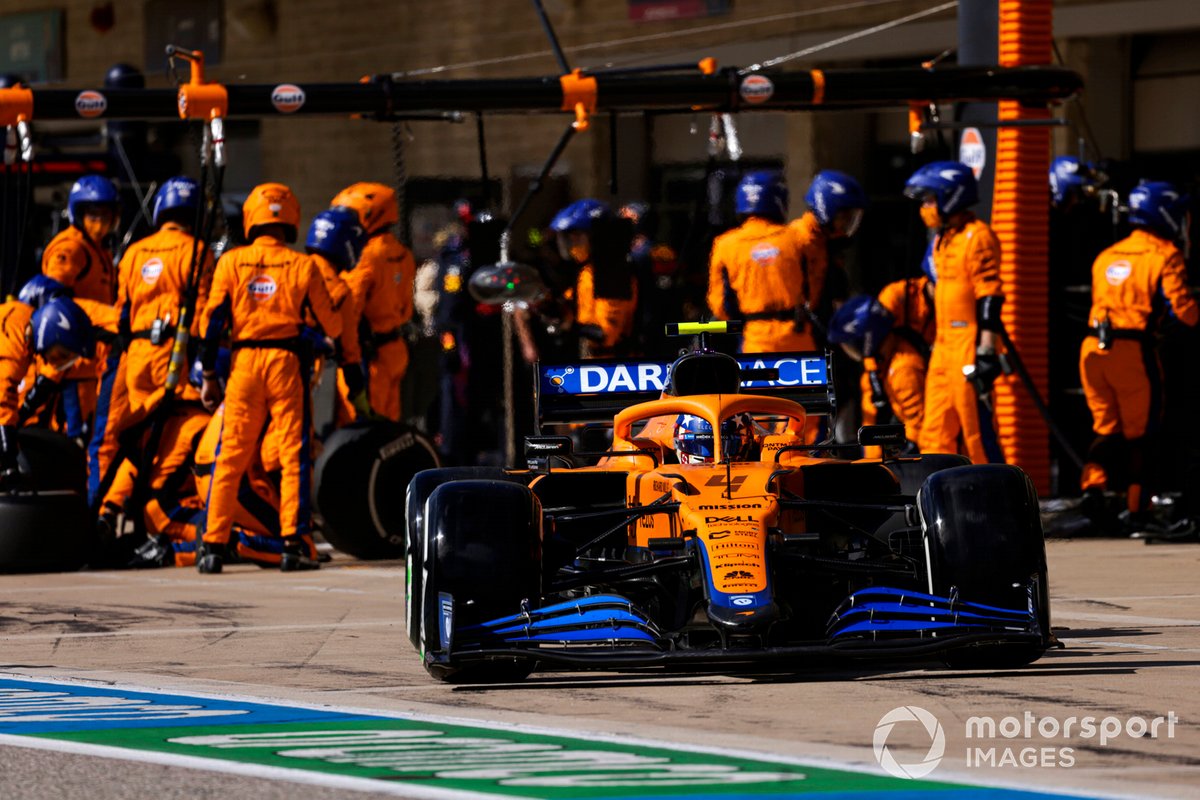 That financial health represents an extraordinary turnaround. There were points in the last few years where as their debts mounted the likes of Force India, Williams and Sauber came close to imploding. Even mighty McLaren – part of the wider group that includes the road car division – was on thin ice for a while. That has now changed.

“McLaren will be a profitable racing team in the not too distant future,” says Brown.

"Prior to the budget cap coming into place, I don't think you could have said that, because it was a sport where you had to spend as much as the biggest spender in the sport. So the franchise was more [about] who can afford to lose the most?

“And that's not a very attractive franchise model for a lot of people. So I think that fundamental is changing. I think that's why you're seeing real sports investors like MSP and UBS, who invested in McLaren, who have a history in basketball, baseball, so they've got experience and success recognising when they think of valuations coming.”

Having grown up in the USA Brown is adamant that the time is now right to compare F1 teams with other sporting businesses.

The average value of the Forbes top 50, which includes European football giants such as Barcelona and Real Madrid in fourth and fifth overall, is $3.7 billion. The numbers dwarf those associated with even the biggest F1 outfits.

“If you look at the size and scale and importance of F1, compared to these other leagues, you kind of scratch your head and go why are some of these teams worth more than McLaren, Mercedes or Red Bull?,” he says.

“I think the answer historically has been because the sport financially consumes money, but now that Liberty has changed that structure I think that's why you're seeing real sports investors coming in, and investors generally.

“And I think we'll be sitting here in three, four or five years' time seen F1 teams trade over a billion dollars - assuming anyone wants to sell. The fact that no one wants to sell drives a premium." 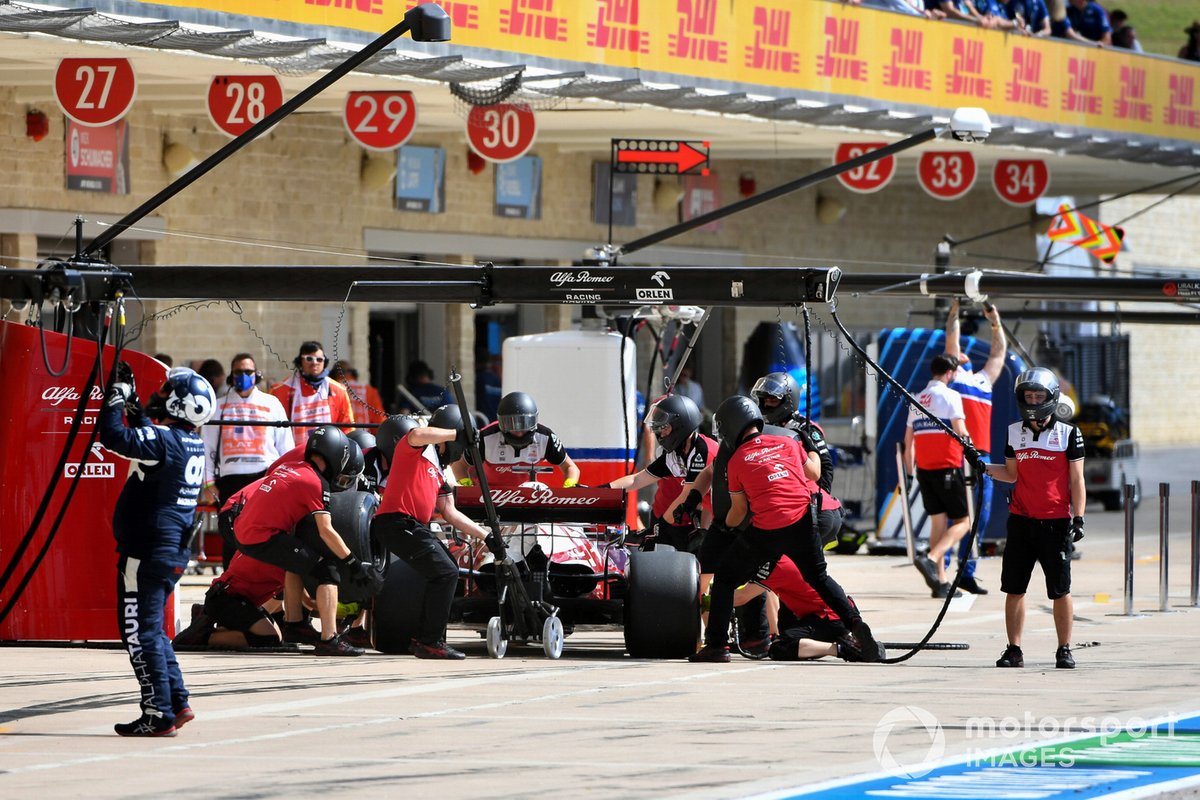 And that's a key point. We don't know all the details of why Michael Andretti's bid for Sauber faded away, but sources suggest that those close to main shareholder Rausing convinced the Swede what the team is potentially worth, and that the numbers can only get better.

“Whoever buys an F1 team today knows exactly to the dot what they need to spend in order to be competitive, because we wouldn't be able to spend more,” says Wolff.

“So that's why it has become a very good business opportunity on my side. I wouldn’t sell a team. On the contrary, with Ineos coming in I bought an additional 3%, and I'm very happy about that.”

Wolff agrees that team values can only increase from here.

“I think with the cost cap we are coming into a situation that there are real numbers and teams are going to be valued upon the same kind of metrics, like other sports teams,” he says.

“And if the franchise is sustainable because they are limited, if the revenue stream is sustainable long term and I think F1 is very attractive as a model because we signed sponsorship deals that are between three and 10 years.

“We sign race track and TV deals that are between five and 10 years, so as a business case itself it's highly attractive, because you can discount future cash flows easily.

“And I think when we turn into profitability, you can apply the same valuation metrics as your peer group, and that's why I agree with Zak – it is down to our own revenue and profits.”

It's going to be fascinating to see who is keen to join the F1 party in the coming years - and indeed which team shareholders decide to cash out.

Alpine: We need to “do better” to beat AlphaTauri to fifth