How can a Dakar Truck help Lewis Hamilton retain his F1 crown? 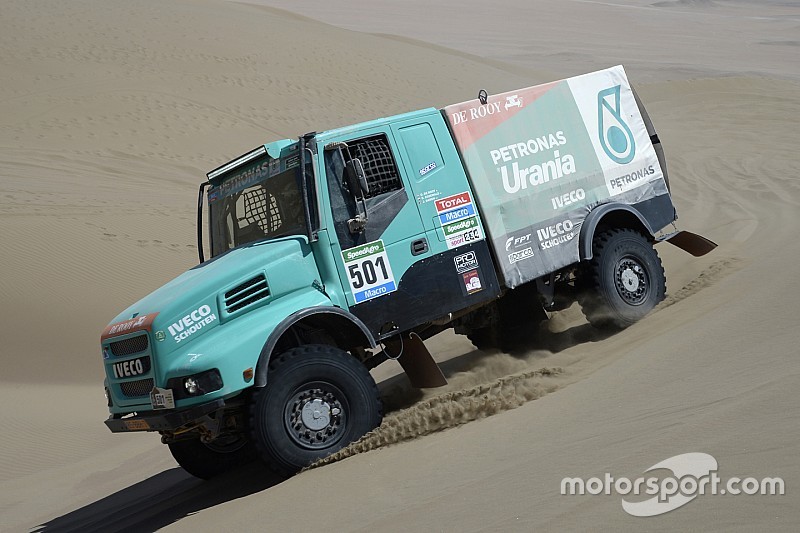 The high-tech world of Formula 1 seems a world apart from the Dakar Rally, so how can the winning Truck in the gruelling South American marathon have anything to do with Mercedes' success in Formula 1?

What can unite Gerard De Rooy's winning Iveco 'bison' of the famous Rally Raid classic to the sophisticated car that Lewis Hamilton has driven to World Championship glory?

Here's the short answer: horsepower. Almost 900bhp is produced by both machines.

In F1, the Mercedes is a turbocharged V6 1.6-litre petrol engine, fitted with hybrid system equipped with two electric motor-generators.

In contrast, the Iveco gets the same level of power from its Powerstar Strator Torpedo that uses the Cursor 13 straight six, a 12.9-litre diesel engine with Holset turbo.

The other factor that ties them together is the use of Petronas fuels and lubricants, which is not just the sponsor of the two teams – it plays an integral role as an exclusive supplier in an area which affects both reliability and performance. 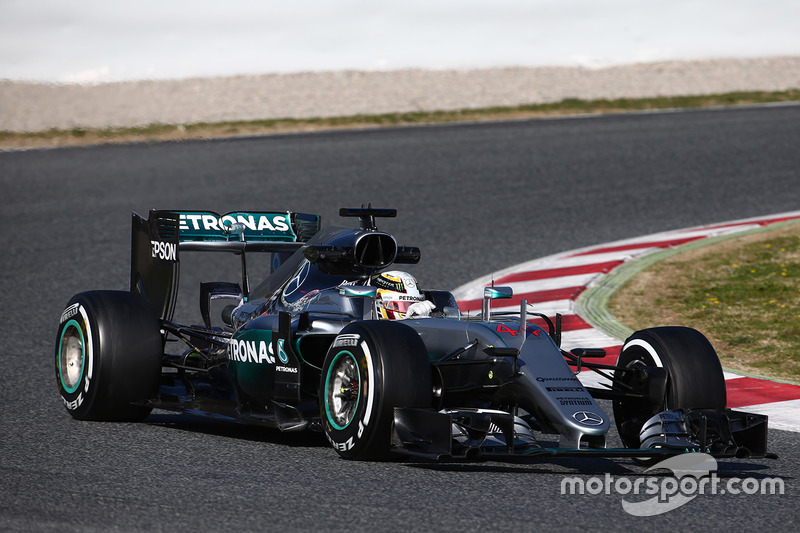 In Turin, at the Research & Development Centre of Petronas, expert engineers investigate the requirements of gasoline, lubricants and additives to meet the needs of motorsport in its most extreme forms.

The operation, directed by Andrew Holmes, studies in the same laboratory to develop specific products that are used in hot deserts as well as F1's temple of speed, Monza – where the gas pedal remains open for 67 percent of the lap time and maximum speeds exceed 350 km/h.

This complex integration between chemistry and 'tailor-made' engineering is coordinated by Motorsport Technical Manager Andrea Dolfi with a specific approach based on co-engineering.

"This methodology and interdisciplinary usage can provide the best technological solutions for both road use and the most extreme applications," she says.

"Based on a constantly changing dynamic of our formulation know-how, it allows us to identify significant points of contact between the two worlds, from track to road [in F1's case] and road to track [in Dakar's]." 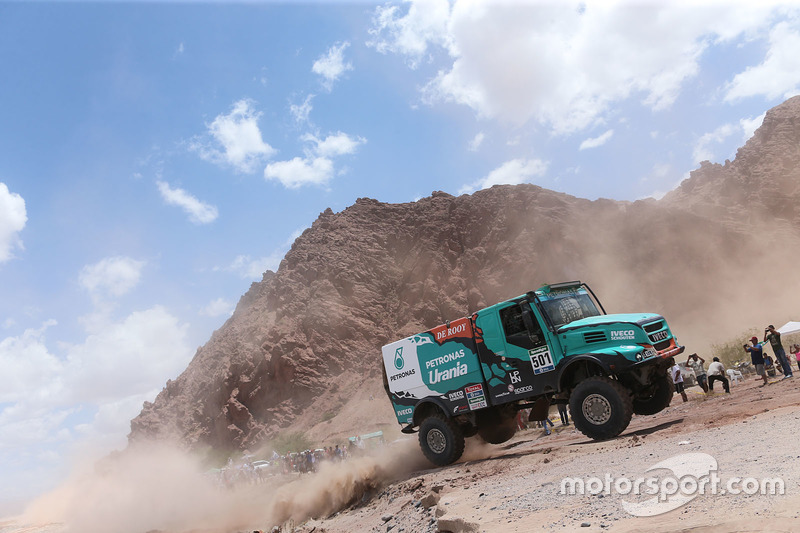 Dakar: A Rally of extremes

De Rooy, the 35-year-old Dutchman who won his second Dakar rally raid in an Iveco Powerstar, dominated the event that wound around Argentina and Bolivia on a path considered too easy in the first week, but then became awfully difficult in the second.

The most challenging stages led competitors to over 5000 meters above sea level, with prohibitive temperatures.

"In the cabin," he explained, "we had almost 60C degrees, while the air temperature was about 50C degrees. Breathing had become hard and maintain concentration complicated, let alone how they are hurting your engines."

He added: "In addition to suffer a significant drop in performance there is also less air flow that has undermined the engine cooling. And to further complicate matters there were bushes and low vegetation that could obstruct the radiators.

"In fact, at one point the cooling system crashed: we should have cleaned up the outlets of the radiators, but we didn't want to stop in order not to lose the advantage we had established. So the electronics went into protection mode, and we had to go slower.

"The engine had overheated and there were risks for reliability of the six cylinders, but the Petronas Urania lubricant allowed us to win by safeguarding the mechanicals.

"That's where we share the basis of our success with the Petronas researchers."

Petronas has developed the low-viscosity lubricant Urania Next 0W-20 for commercial vehicles by taking advantage of all the the experience accumulated by De Rooy's Iveco team on the Dakar, as well as customized transmissions and cooling fluids for use specifically in motorsport. 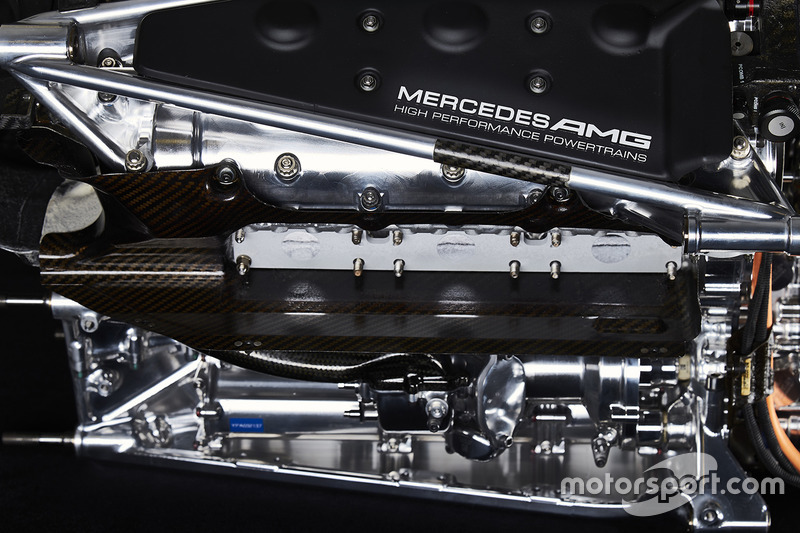 How that transfers to F1

The need to transfer the heat in the desert has also come good for Formula 1. Last year in Turin, the researchers developed a new patent for a fluid that has enabled Mercedes to improve the performance of its hybrid system.

Engineers at the F1 team's Brixworth plant managed to arrest the temperatures of its ERS system, allowing the MGU-H – the generator that uses the heat from the turbo – to turn faster. Petronas supports Mercedes with five fluids that are used by the Silver Arrows: gasoline, engine oil and coolant, heat exchange of ERS and cooling system.

In the first year of the new hybrid F1 rules in 2014, Petronas caused a stir by allowing Mercedes to take a competitive advantage of 0.3s per lap.

Andy Cowell, Managing Director of Mercedes AMG High Performance Powertrains, is keen to point out how the efficiency of the power unit has leapt to 45 percent, while the old 2.4-litre V8 naturally-aspirated engines of 2013 did not exceed 34 percent.

In two years of hybrid research, there has been a huge technological leap that has significantly increased performance, while reducing consumption and emissions. The objective of 50 percent engine efficiency in F1 is no longer a pipe dream and Petronas is bringing new fuels and lubricants in 2016 targeted at achieving these goals that once seemed miraculous.

Giuseppe D'Arrigo, CEO of Petronas Lubricants International, told Motorsport.com: "The first tests at the desk were very encouraging, and we believe we have kept an advantage – both in gasoline and hybrid element fluids – which will enable the Mercedes to remain in front of the competition."

And winter testing in Barcelona seems to have confirmed these expectations. 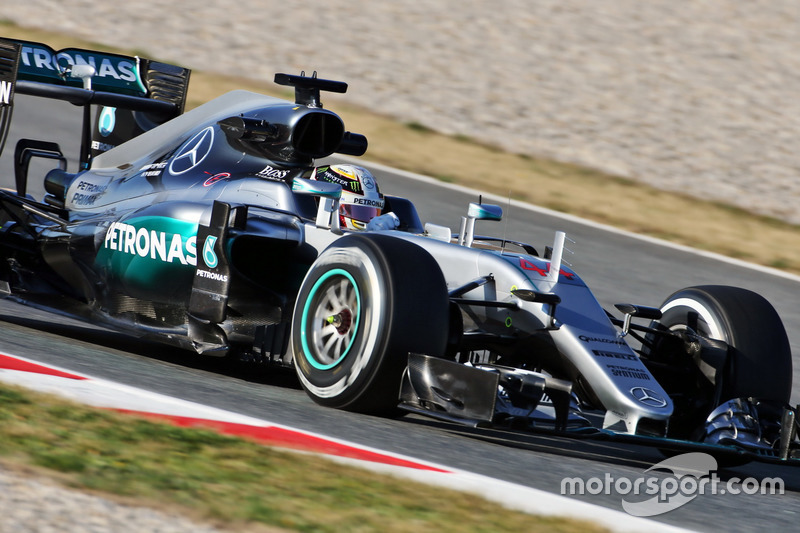