In 2022 the chase for the top three Formula 1 teams was led by Alpine, at least in terms of the final world championship positions.

The A522 car was by no means the fastest of the chasing pack every weekend, but it was on many occasions, showing particularly well at high-efficiency tracks, and in low-speed corners. In the end, it proved just good enough to outscore the competition.

After three successive years in fifth place under the Renault and Alpine names, the Enstone outfit moved up to fourth, ahead of close rivals McLaren. The team also scored 173 points, 18 more than over the same total of 22 races held the previous year.

That represents progress, but perhaps with an asterisk applied. After all, the team was also fourth back in 2018, and in 2020 it scored more points than in 2022 in fewer races, and with no sprint events contributing to the total.

However, for those on the fringes of the top six, the overall points total can be a misleading statistic. One or two high attrition races in a year can gift high-value podium finishes, or even a win as was the case with Esteban Ocon in Hungary in 2021, and skew the final total upwards.

It's worth noting too that in Alpine's case, last year's final total was impacted by poor reliability that particularly afflicted Fernando Alonso. On the other hand, McLaren's challenge was weakened by a poor season for Daniel Ricciardo, leaving Lando Norris doing most of the scoring.

Taking everything into account, the overall conclusion is that 2022 was a solid if unspectacular season for Alpine, and a good starting point on which to build heading into the second year of the new regulations.

However, Renault's top bosses do not want to be forever fighting for fourth. The team now has to continue to work its way towards its stated target of playing with the big boys within five seasons, or around 100 races, a span that commenced last year.

"We have to take a step closer to being able to win a championship, which is what we wanted to do in 100 races," says team principal Otmar Szafnauer of the target for this season.

Szafnauer joined Alpine some 11 months ago, following his departure from Aston Martin. As is always the case with new bosses he took some time to understand and assess everything. 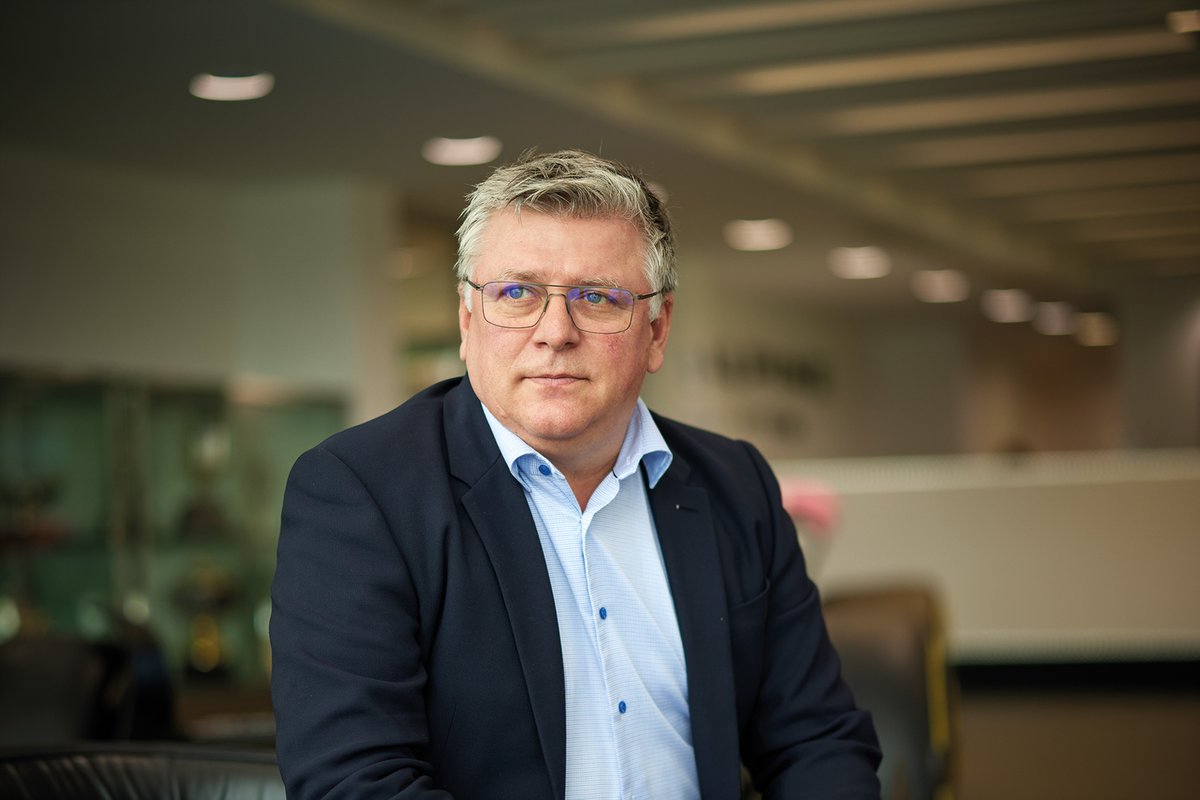 He also slipped into an efficient way of working with Alpine CEO Laurent Rossi, whose main focus is on the big picture.

"I came in and I said, look, it's going to take me three, four, five, six months to understand the organisation, the people, the personalities," says Szafnauer.

"At the same time, Laurent and the senior leadership team there were already working on a plan that they call 'Mountain Climber', which is how do we go from here in 100 races to vying for championships?

"So that plan was being put in place. I came in, I reviewed that plan, vis-a-vis getting to know all the characters, and now we're in the middle of implementing that plan.

Szafnauer has stressed that the problems were mostly a result of a deliberate policy of pushing the edge on performance and then introducing the reliability fixes that are allowed under the development freeze rules.

"We had some reliability issues," he says. "And I look forward to fixing those, because they're allowed to be fixed, so to speak.

"From a powertrain perspective anyway, you can make those changes, and have a more reliable powertrain, even though some of the issues we had weren't really with the powertrain, there were the ancillary bits. But we have to redesign those and fix it."

He expects those updates to pay off in 2023.

"I think if we can do that, with the powertrain being frozen, and I have every confidence that we will, I think we will naturally score more points. You probably heard Fernando say he'd be 60 points down the road, or whatever it is.

"It's definitely a significant amount, double digits. So we could have been 70 ahead or 50 ahead, something like that. So if we just do that, and the performance level stays relatively the same, we should be further up the road. 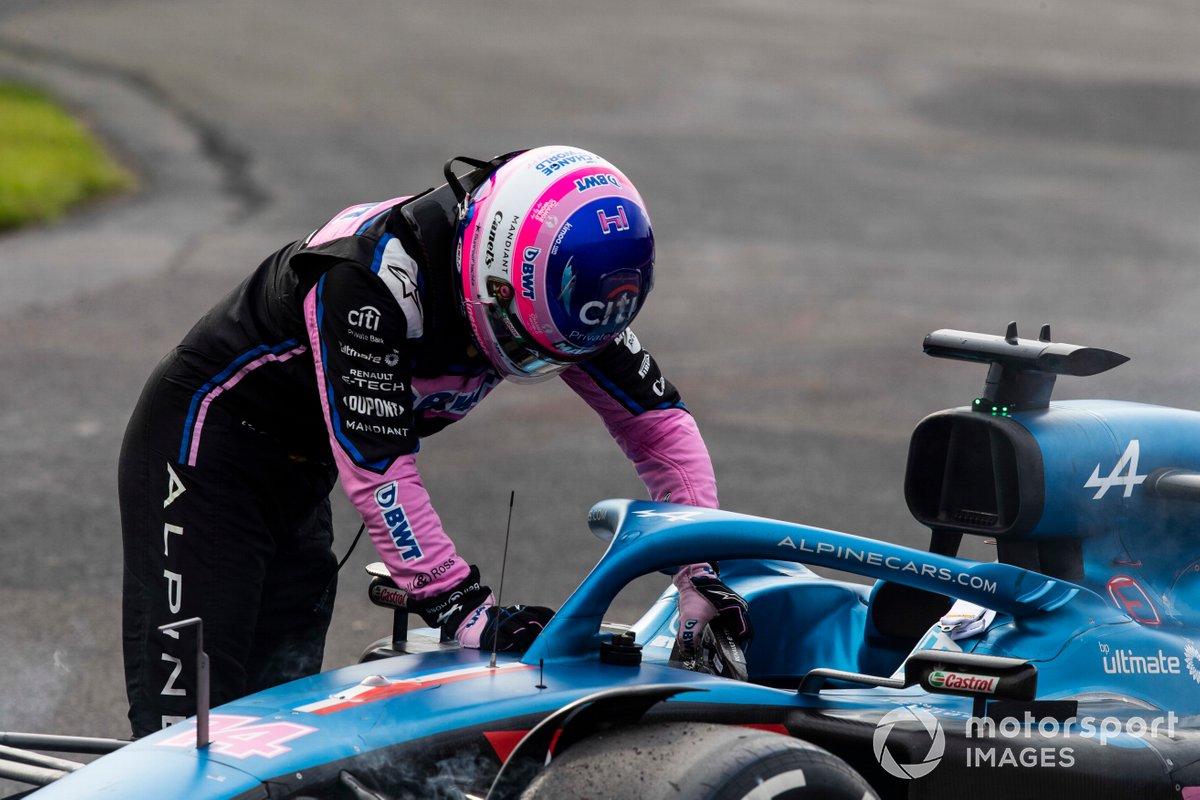 Fernando Alonso, Alpine F1 Team, climbs out of his car after retiring from the race

"But we also want to take a step in performance. And it's harder to do on the powertrain because it's frozen. So you have to do it by understanding the chassis, doing a better job with chassis engineering, and having two drivers that can continually score."

As the head of activities at Enstone, Szafnauer has ultimate responsibility for that chassis side. Once he'd found his feet and gained a decent understanding of the strengths and weaknesses of the team he began to push for improvements.

"There are there are places where for sure, where I came from, was more efficient or was more focused on performance only and not so much on the periphery," he says.

"And I think that kind of stuff is easy to change and just have a complete mindset of we only do things that bring performance to the car. And it's easier to change it to that type of mindset, even though it's a bigger team.

"We're 900 people, everyone's got to have that focus, and to disseminate that culture takes time. But to disseminate it up at the top of the leadership team goes a bit quicker. And if they start acting that way, the rest of the organisation acts that way."

Szafnauer introduced a significant change in development philosophy that should continue to pay dividends in 2023.

"One of the big things I did when I first got there was to look at how long it takes us to bring upgrades to the track," he notes. "And it took us a long time, longer than I was used to at other places.

"And we had just a bit of a sub-group to look at how we can do things differently, simultaneously, release things a little bit early from the tunnel, start the engineering work early at the expense of sometimes having to redo it, because things change, but most of the time, not. And just saving time.

"And one of the big things was to be able to bring floors in almost half the time. Probably the biggest contributor to downforce is the floor. And if you can bring those floors quicker, and I think we had four different versions of the floor, and you have to bring five of each one of those.

"So it's a big component, it takes a long time from finding it in the tunnel to delivering it on track. And if you can squeeze that, you can bring four instead of three, or four instead of two upgrades, and you're better off. So I think that was one thing we did well. And I think because of it, you saw the car did improve from where we started."

Szafnauer admits that the team lacks some of the more advanced resources that the big players have, for example in terms of simulation: "We still have to invest in tools, we're not there yet. I think they've gone a long way on simulation tools.

"And we need to catch up on some of those to be able to make better decisions quicker through simulation and not really having to have track time to do it. So, yeah, they're more advanced on that. And we're trying to catch up." 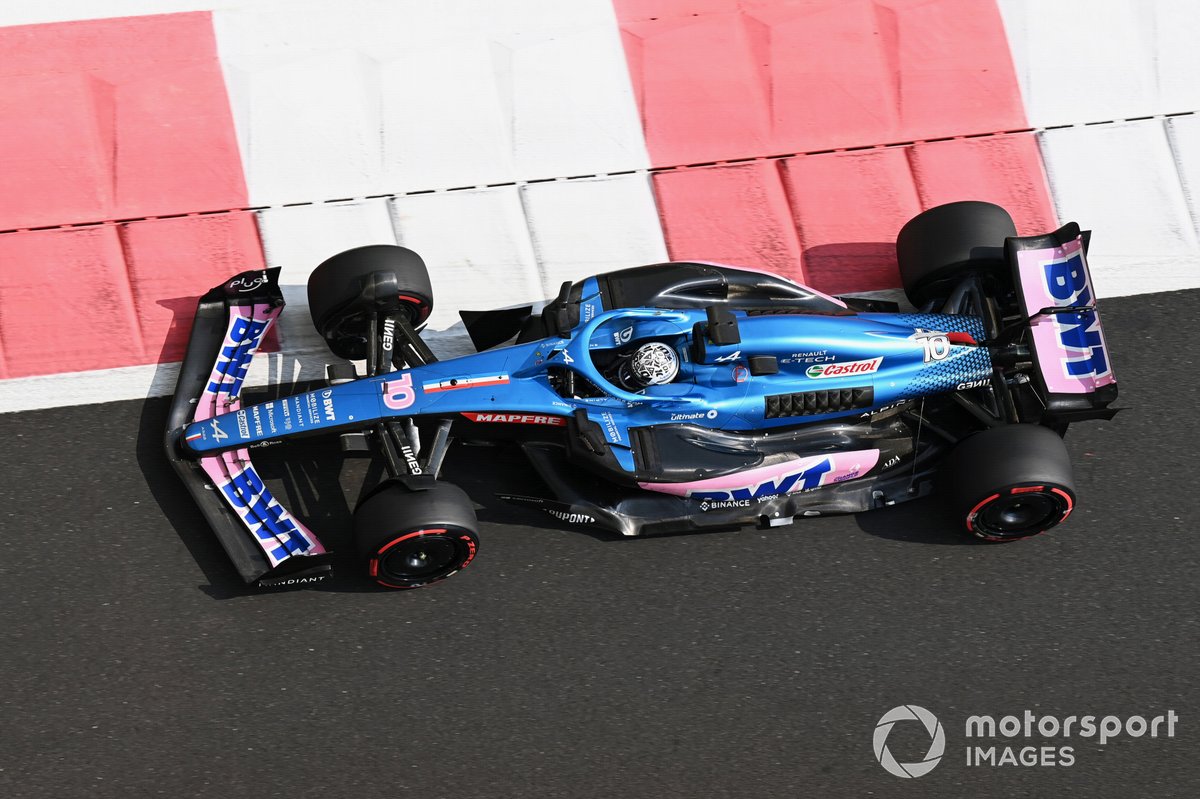 Progress on track in 2022 was achieved against the background of the driver market saga.

Alonso's spurning of Alpine for pastures new at Aston Martin and Oscar Piastri's move to McLaren were painful experiences for Szafnauer, Rossi and the rest of the management team, but in headhunting Pierre Gasly from AlphaTauri to join Ocon they recovered the situation well.

Meanwhile, Szafnauer will be fully focussed on improving every area of the team as it continues to climb that mountain, having already made some solid progress.

"The way I look at this is, right, we have this plan today, 80-some people that we're going to hire, tools that we have to gain, and some we have to write ourselves, some we have to buy, and there's buildings that need to be built.

"So we'll have a continuous improvement plan. The bit that I'm talking about that we're halfway there is the big bit. And then we'll continue to improve."