Horner would be "amazed" if Verstappen got an F1 penalty

Christian Horner says he "would be amazed" if Max Verstappen was penalised for touching Formula 1 title rival Lewis Hamilton's rear wing as the wait continues for a stewards' decision.

Verstappen was called to see the stewards on Saturday morning in Brazil after a fan video emerged showing him inspect and touch the rear wing on title rival Hamilton's car in parc ferme after qualifying.

It came after Mercedes had been summoned when the FIA's post-qualifying checks found that Hamilton's DRS was not compliant, putting Hamilton at risk of being excluded from the session.

Verstappen met with the stewards at 9:30am in Brazil along with Red Bull sporting director Jonathan Wheatley, with the hearing taking less than 30 minutes.

Mercedes' hearing then began at 10:30am, but by the start of final practice in Sao Paulo at 12pm, there was still no decision announced.

Red Bull F1 chief Horner put Verstappen's inspection of Hamilton's rear wing down to "a bit of inquisitiveness", and said that drivers regularly touched other cars after a session.

"So it's not something that's unusual, and it's never been brought up or even discussed previously.

"I think obviously Mercedes' straightline speed is very impressive, so I think he's maybe just having a look at that. Drivers are very inquisitive animals sometimes. We've seen it many, many times." 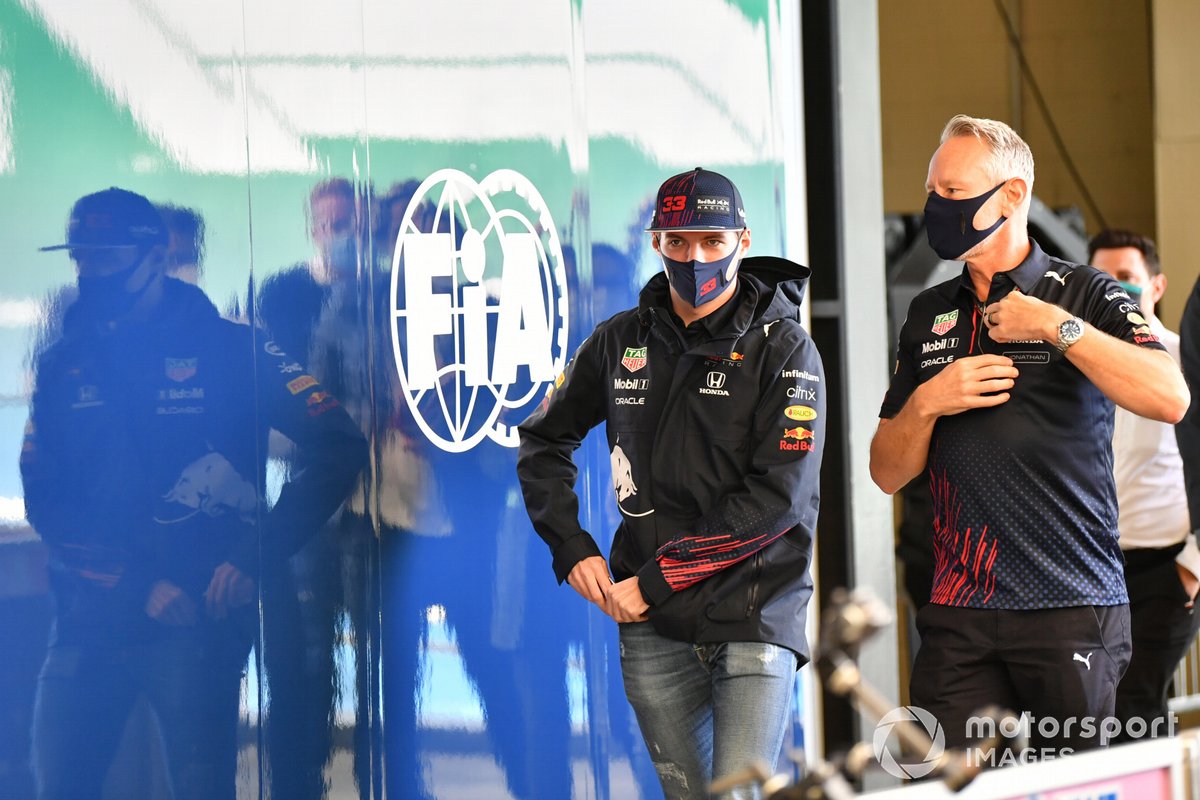 Horner said that Red Bull was "awaiting, I think as everybody is, to see what the outcome is", but said he would be surprised if a penalty was handed down.

"I would be amazed if it was… as I said, there are so many precedents," Horner said.

"It's almost become standard practice for drivers. If you were to look at every single incident, where do you draw the line, even a driver hugging his mechanics.

"Where do you draw the line on that?"

Verstappen was summoned over an alleged breach of Article 2.5.1 of the International Sporting Code, which reads: "Inside the Parc Ferme, only the officials assigned may enter. No operation, checking, tuning or repair is allowed unless authorised by the same officials or by the applicable regulations."