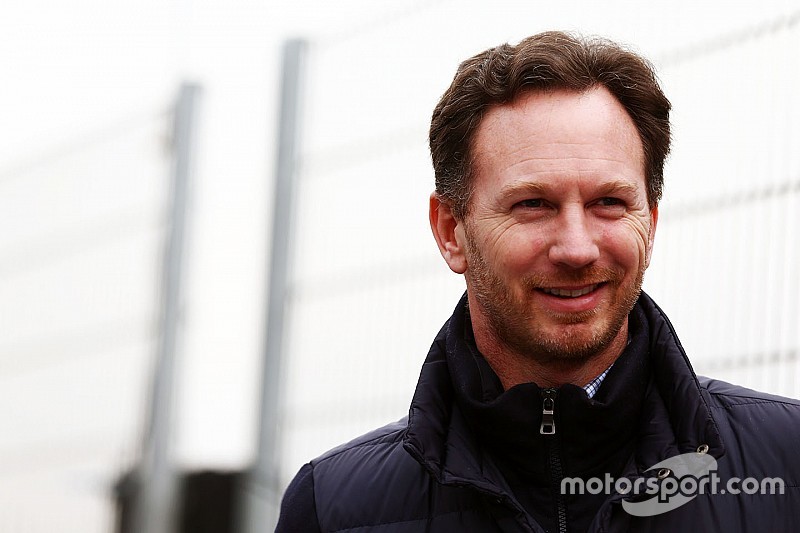 Christian Horner has urged caution on some of the potential new sporting regulations that are set to be discussed in today's meetings in Geneva.

Formula 1 supremo Bernie Ecclestone has discussed the potential introduction of reversed grids, while F1 novelties such as grid time penalties based in championship positions and even success ballast are expected to be discussed too.

"I think you have to respect the history of the sport," said Horner. "Snooker has still got one table and six pockets, but they're playing short frames now and making it more exciting that way.

"Football has still got 22 players and two goals. OK, the ball changes slightly and maybe the size of the goals changes now and again, but fundamentally the basics are the same, and I think it's important that we keep the DNA of grand prix racing the same.

"Personally, perhaps I am a bit old fashioned in this but I think qualifying should be about man and machine over a single lap, who is the quickest, and I think that's what we currently see in F1.

"A grand prix should have the prestige and be the duration that it is. Can we make what happens in a grand prix more exciting by tweaking a few thing? Then yes I think we can, but doing that artificially I don't think is the right thing to do."

Regarding shaking up the grid, he said: "I think one of the things that will be tabled will be something that I think Bernie is quite keen on, is reversing the top 10, therefore having points for qualifying to encourage drivers to push on a Saturday, and then to encourage them to obviously race on a Sunday.

In favour of radical tech changes

Horner is keen for radical technical changes to be pushed through, and he stressed that will require Ecclestone and Jean Todt to join forces today.

"I think the frustration that Bernie must have is whereas in the old days he could get what he wanted, whether that be for an engine supply, or a regulation change, in the modern world of F1, the democracy that F1 currently is, that doesn't happen.

"And that frustrates him, because I think he can see changes that he'd like to happen, but unless the commercial rights holder and the governing body are absolutely aligned, then it falls through the net continually.

"I think what you have to remember is that Bernie has made up the F1 brand to what it is today, and F1 of course it's got its issues, but fundamentally it's a great show and it has an enormous following around the world, it has a huge fan base, and the talent that exists in F1, the driving skill that there is, the engineering skill, it's unique in the sporting playing field.

"Could it be better? Of course it could, and I feel we've got a great opportunity to address some of the issues for the future.

"But I don't think F1 is in crisis, it's part of the theatre that is F1, and the rivalries that exist between the different teams. But we do have the opportunity to do something really good, and hopefully that isn't missed."