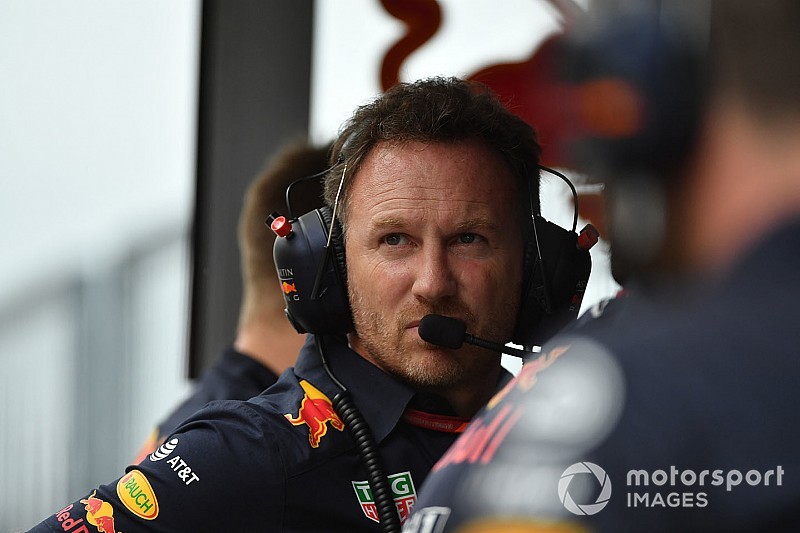 Verstappen and Vettel made contact in a battle for third place as they entered Spoon with Vettel spinning off and falling to the rear of the field, and the FIA stewards opted to take no action regarding the incident.

The Ferrari driver criticised Verstappen following the race with the Red Bull driver hitting back by stating Vettel had "driven into the side of my car".

Vettel says he will discuss the incident in private with Verstappen, rather than escalate a war of words.

Horner said the stewards decision was the correct call.

“It’s very hard to overtake into that corner,” he said. “It’s not a big braking zone, and obviously Sebastian was optimistic in his move and Max was robust in his defence.

"For me it was a racing incident, and I think the stewards came to the right decision.

“It was very opportunistic by Seb at a corner that it’s very hard to overtake at.”

The clash with Vettel was Verstappen's second incident with a Ferrari driver. 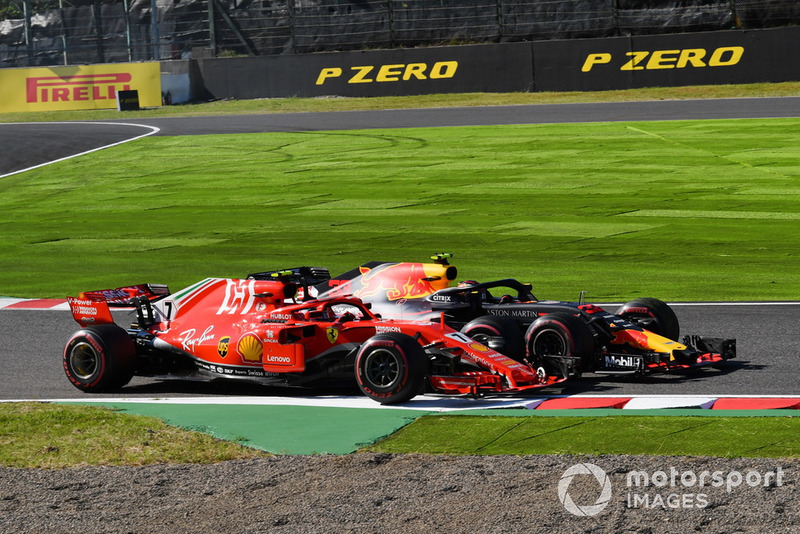 Verstappen earned a five-second penalty for rejoining the track in a dangerous manner and making contact with Kimi Raikkonen as the pair battled into the chicane.

“He’s a hard racer,” said Horner. “The incident at the chicane with Kimi, he’s run deep into the chicane, he’s gone off track, he’s rejoined.

"You can see he’s not looking in his mirrors, and not really aware of where Kimi is. They’ve made contact, it’s gone to the stewards.

"They’ve come up with a penalty, which we accept, and then obviously he’s had to pull out the gap to get the pitstop window to clear the penalty.

“At the end of the day we have to accept the stewards decision.

"We felt it was a racing incident. he’s not aware of where Kimi is at the point he rejoined. It was unfortunate.”

Marko revealed that Verstappen's strong pace, briefly closing on Bottas for second in the later stages of the race, came despite bodywork damage following his clash with Raikkonen.

“He got some damage on his floor, after the incident with Raikkonen he lost more than 20 points of downforce," he said.

"And he had a little bit of a problem with the [engine] mapping again.

“Mercedes has so much in reserve. But it was a good recovery to get back the five seconds [from the penalty]."