Verstappen created a huge stir in Interlagos by disobeying a team order to let Perez into sixth place on the last lap, which would have been a huge boost to the Mexican's quest for second place in the world championship.

Horner immediately came onto the team radio and apologised to Perez. However he said nothing to Verstappen, contrary to his usual practice of congratulating the Dutchman on his race.

Verstappen's decision cost Perez two priceless points, and left him equal with rival Charles Leclerc on 290 points heading into the last race. However the Ferrari driver is ahead on race wins, so Perez has to outscore Leclerc in Abu Dhabi.

Verstappen insisted that he had his reasons for ignoring the instruction, and the matter was discussed between him, the team management and Perez immediately after the race. 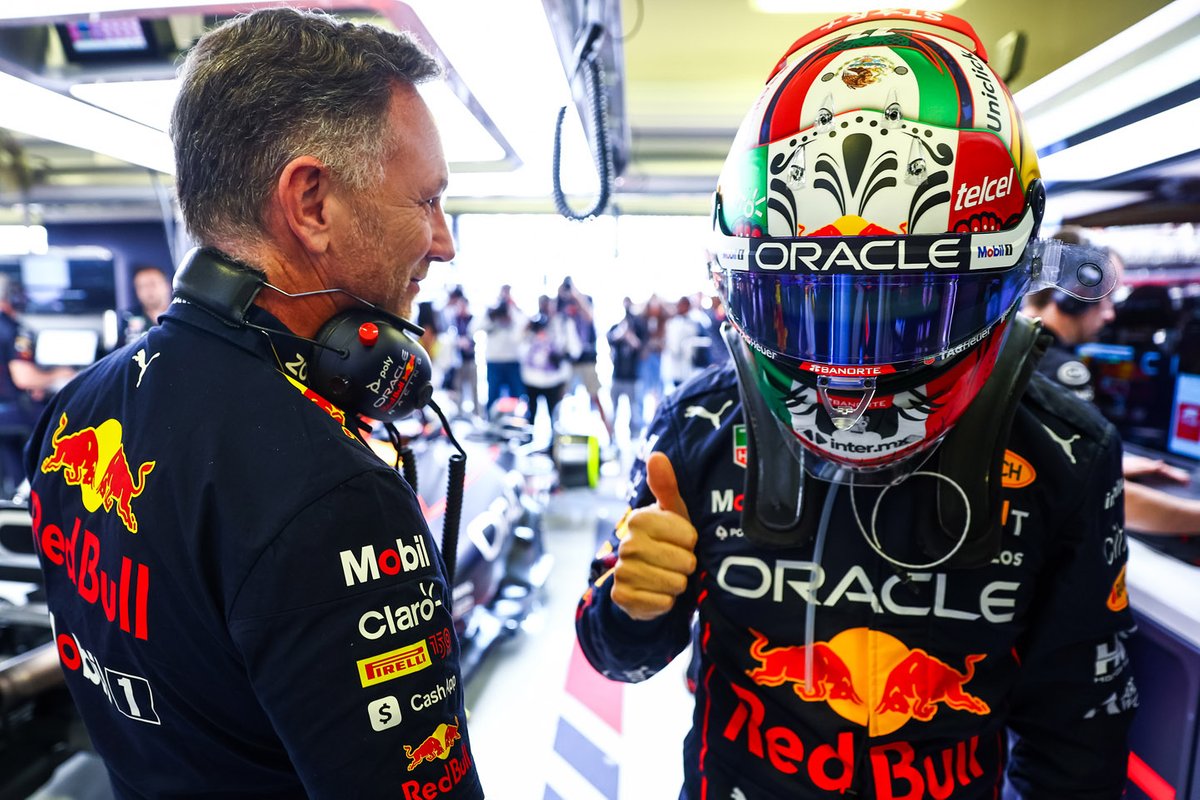 Following that conversation Horner tried to downplay the situation and insisted that Verstappen had agreed to support his teammate in Abu Dhabi, although the points situation means that he can’t provide a direct benefit by handing over a position that would make the difference.

“It's something we discussed obviously, behind closed doors, the drivers have discussed it,” said Horner. “And as a team our focus very much going into Abu Dhabi with Charles and Checo tied on points is to do our best that we can to support Checo to achieve second place, and Max has obviously made that commitment as well.

“So as far as we're concerned, it's about looking forward not looking backwards.”

Asked about the situation playing out in public via team radio Horner said: “I think it was probably a little less public than Ferrari's. Look, I think the thing is, it's very clear going into Abu Dhabi as a team, we're going to do the best that we can for Checo to finish second in the World Championship.

“And it's a straight fight between the two, they're tied on points, and whatever we can do as a team - and Max is obviously very much part of that team - we will do to help Checo achieve that goal.

“As a team, and Max has made that clear as well, whatever we can do, to achieve that, as a team we will.

“It's something that we've never achieved as a team previously, even in the V8 era. So it's going to be an exciting Abu Dhabi for other dynamics, fighting for second in the championship this year.”

Horner declined to elaborate on what had transpired.

“I think the drivers have discussed it very openly between themselves, they're very, very clear on that, and we are one team, and so I'm not going to disclose the content of that, it's very clear at the end.

“It’s been discussed behind closed doors, and I think the drivers are all very clear, they know what the objective is, they’ve cleared the air with each other, they’ve shaken hands, and we focus on the next race in Abu Dhabi.”

Hamilton: Latest Verstappen F1 clash shows I am a “target”