Christian Horner has called for consistency from the Formula 1 race stewards in the Abu Dhabi title decider, warning a bad call could make a "mockery of policing of the championship".

F1 stewarding has been in the spotlight recently following a number of incidents involving title contenders Lewis Hamilton and Max Verstappen, who are tied on points heading into their championship showdown.

Verstappen escaped action for his defence against Hamilton at Turn 4 in Brazil - a decision Mercedes boss Toto Wolff called "laughable" - but picked up two penalties last Sunday in Saudi Arabia due to incidents when battling Hamilton.

Verstappen said on Thursday in Abu Dhabi that he felt the decisions showed he was treated differently, saying: "Clearly other drivers can get away with it, and I can't. I think that's a bit of a problem here."

Speaking on Friday, Red Bull team principal Horner stressed the importance of consistency in how penalties are applied and in the decisions that are taken.

"Again it just comes back [to] do you want consistency, consistency of rules?" Horner said.

"You can just go and pluck something out of the air and say yep, that's what will now apply, because I think that would make a mockery of the policing of the championship." 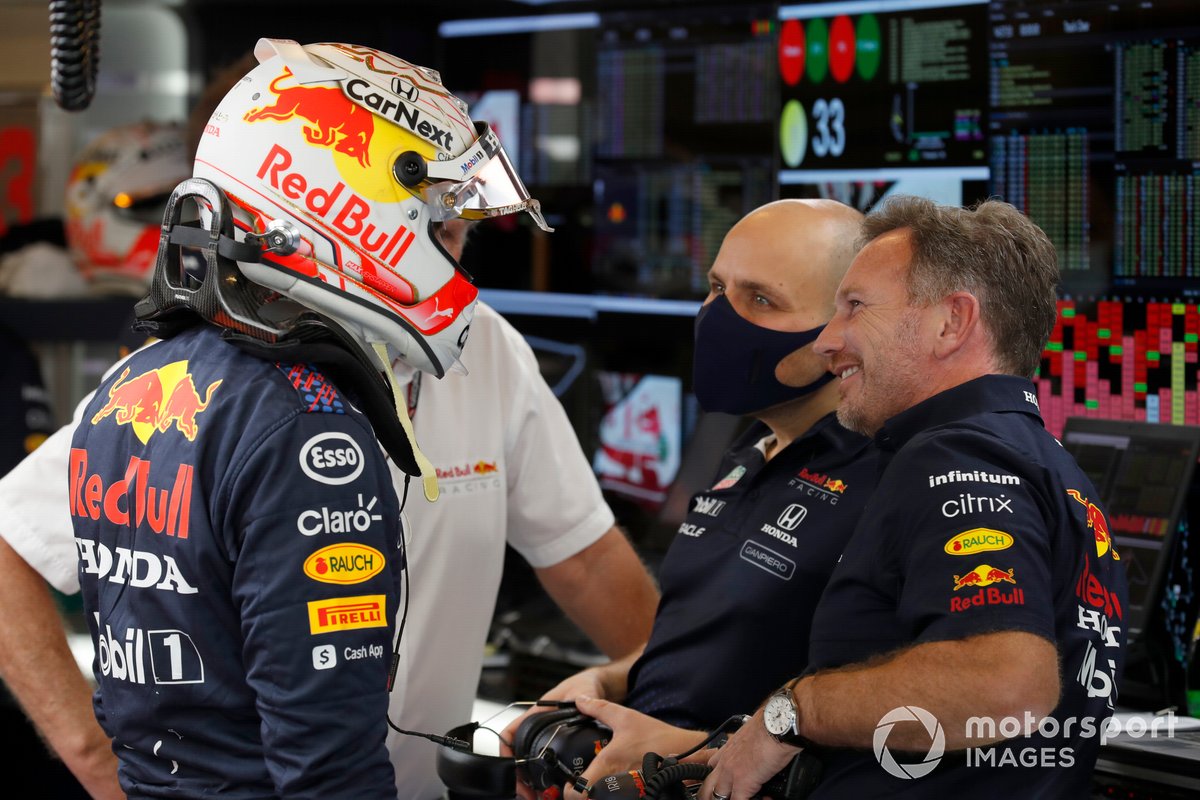 Hamilton called Verstappen's defence against him in Saudi Arabia "f**king crazy" during the race after being forced wide at Turn 1, which ultimately resulted in a five-second time penalty for Verstappen for leaving the track and gaining an advantage.

Ahead of this weekend's race in Abu Dhabi, race director Michael Masi reminded drivers in his pre-event notes of possible points deductions for any unsporting conduct, pointing to sections of the International Sporting Code.

Wolff said he thought the reminder served as a "good deterrent" to drivers to "keep the racing clean, what is on and what is not on, that simply not only the real race result will matter for the championship, but also the driving standards."

But Horner felt it again came back to the need for consistency, noting those same rules had been in place all season long.

"That piece of the sporting code that's been highlighted in the notes, that's always been there," Horner said.

"That's not something that's been reintroduced for this weekend.

"Nobody wants to see this championship end up in front of the stewards or in a gravel trap. You want to see these two titan of drivers that have gone wheel-to-wheel so often this year go at it again this weekend. That's what as a team we want, as a driver Max wants. There needs to be consistency.

"You can see why Toto and Lewis, with the disadvantage of race wins, would be pushing for that. But nobody is going into this race to say it's going to end in a crash.

"There's been great speculation about it, but our focus is on trying to win this on-track and do it at the chequered flag."