Christian Horner believes it would be unfair if the FIA changed Formula 1's rules and "penalise the ones that have done a decent job" amid driver complaints about porpoising.

The return of ground effect with F1's new generation of cars for 2022 has resulted in a porpoising phenomenon which has impacted some teams worse than others.

The issue hit a new peak over the Azerbaijan Grand Prix weekend as drivers struggled with their cars bouncing along the street circuit surface, particularly at the end of the long start/finish straight.

Mercedes drivers Lewis Hamilton and George Russell have been vocal about the safety concerns, while AlphaTauri's Pierre Gasly felt the FIA needed to find a solution to "save us from ending up with a cane at 30 years old".

Red Bull has encountered far less porpoising with its car than many of the other teams. Max Verstappen led home teammate Sergio Perez for a 1-2 finish in Baku, extending Red Bull's advantage at the top of both championships.

It is the first time that Red Bull's drivers have sat first and second in the drivers' standings since 2011, while its advantage in the constructors' championship now stands at 80 points.

Discussing the call from drivers to adjust the rules to eradicate porpoising, Red Bull F1 boss Horner pointed out that teams "can always stick a thicker plank on the car if they wanted" and that the "easiest thing is obviously to raise the car".

"You have a choice where you run your car, don't you?" Horner said. "You should never run a car that's unsafe. But I think that's more for the technical guys. Because certain cars have issues. And there are some cars that have very few issues. 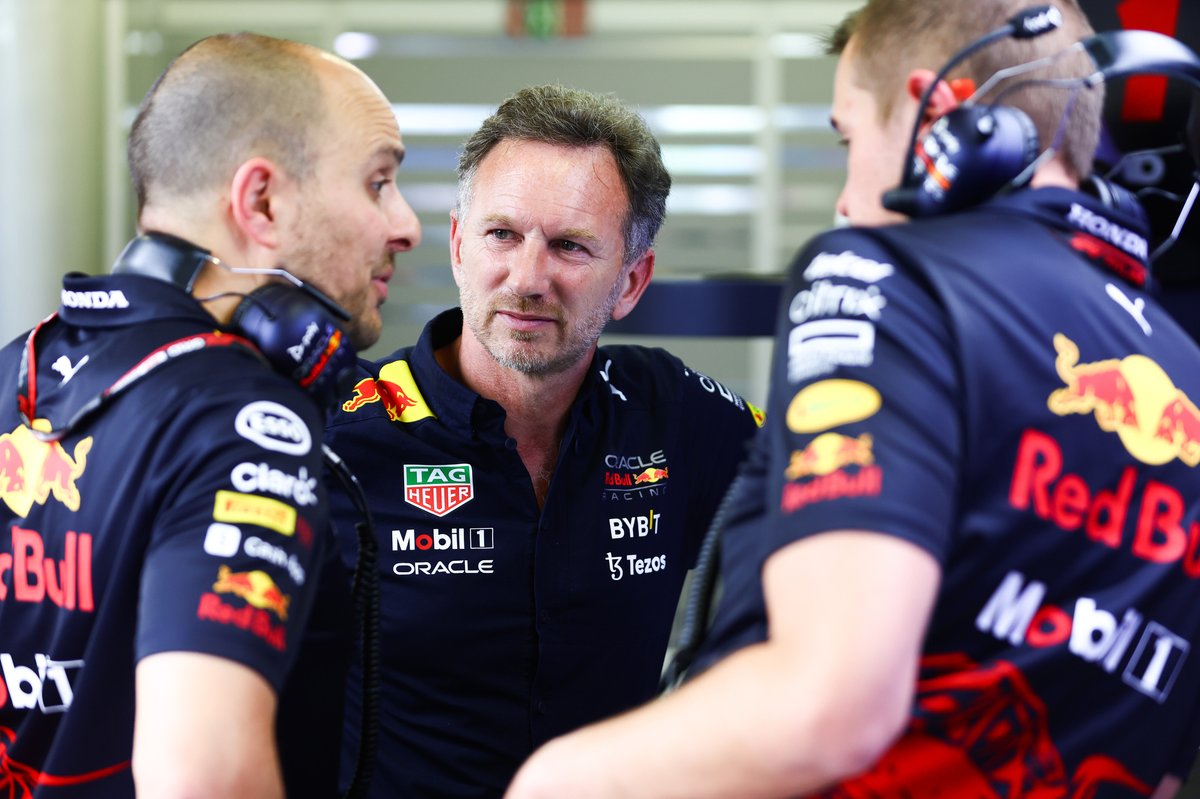 Horner added that the FIA should only intervene if it was "a genuine safety concern across the whole grid".

"But if it's only affecting isolated people or teams, then that's something that that team should potentially deal with," he said.

It emerged over the Azerbaijan race weekend that teams rejected a proposal last year to raise the minimum ride height of the cars under the new regulations.

But the growing call from drivers with concerns about their safety has led to the matter returning to the spotlight ahead of this weekend's Canadian Grand Prix.

Asked how he would deal with his drivers if Red Bull was struggling with porpoising, Horner said he would "tell them to bitch as much as they could over the radio", calling it "part of the game".

"There are remedies to [porpoising] but it is to the detriment of car performance," Horner said.

"So what's the easiest thing to do is to complain. Each team has a choice."