Red Bull: "Too nice" Albon will take strength from podium 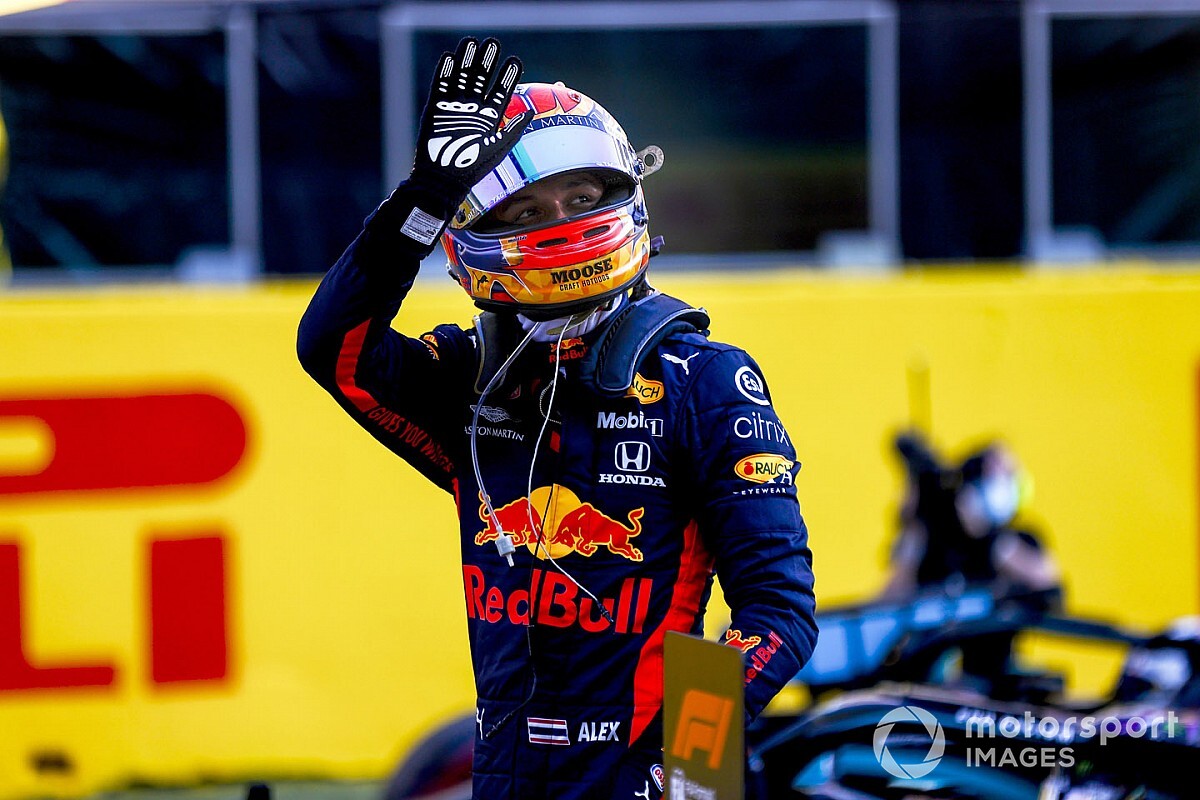 Red Bull Formula 1 team boss Christian Horner thinks one of Alex Albon’s biggest disadvantages is that he is ‘too nice.’

After what has been a frustrating season for the Thai driver up to now, he finally delivered a podium finish at the Tuscan Grand Prix with a well-judged drive to third.

Horner is convinced that Albon will take a huge confidence boost from the result, which has come against the backdrop of recent debate about whether or not Red Bull should bring back Pierre Gasly after his Italian GP victory.

With Albon having made a point on the team radio after the race of thanking the team for sticking with him, Horner is optimistic about where his driver goes from here.

“The disadvantage is, if anything, he is too nice," Horner told Sky. "But once he puts the helmet on you can see there is a real racer there.

“I think there is a big difference between thinking you can do it and knowing you can do it. I think this podium for him will give him a boost of confidence and self-belief. I think he really will build from here quite nicely.”

With Albon having to fight hard for his podium, which included pulling off a move on Daniel Ricciardo, Horner said that it had proved once again what a strong racer he was.

“It is really impressive and we see it time and again with him,” he said. “His placement of the car is really good and I think Daniel is a hard guy to pass. So to make that move around the outside and to make it stick, all credit to him.”

One of the key qualities that Red Bull has seen in Albon, which is not so obvious to the outside world, is his approach to technical matters.

Horner said that Albon had won over the team with the detail he offers about the car.

“I think actually his feedback is very, very good,” he said. “He has a really good sensitivity for the car and I think he has really won the respect of the engineers for that, so I think as that starts to come through, the developments that start to come through, I think that will only help him.

“Hopefully some of this instability of the rear that we have been having, which affects him and in fact Pierre last year, that Max isn’t really affected by, I think it will start to come his way a bit.”