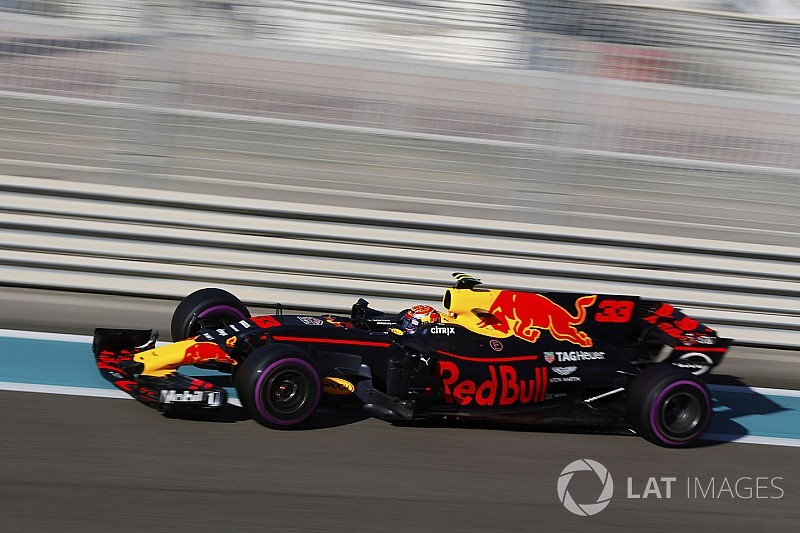 The Italian company's decision to expand from five to seven compounds for next season has generated adverse reaction from fans, many of whom are wary of the confusion that will be created by having so many types of slick tyre.

However, Horner says that the post Abu Dhabi GP tyre testing proved successful, and that the expanded range will help Pirelli to generate more stops.

"It was an important test, which is why both our race drivers were there," he told Motorsport.com.

"And whenever you're on track you're learning, so it was good to get a decent amount of mileage in.

"It gives you a lot of data to look at and understand, and it gives the drivers a good insight into what's round the corner as well.

"Both our drivers liked the softest tyre that was introduced. It seemed to be positively received, although I think they've still got a bit of work to do to tidy things up.

"What we saw in Abu Dhabi [during the race] wasn't the greatest advert for F1. OK, the track might have some issues, but one-stop races certainly don't help.

"I think that going softer into the range can only create better racing and fewer one-stop races, which are the worst scenario."

Horner has sympathy with fans, but he remains confident that the changes will have a positive impact.

"I can understand the reaction, but what I hope it allows Pirelli to do is pick the right tyres and put the best show on each grand prix, and that they've got the whole range covered.

"What it should allow them to do is pick the right range of tyres for each event to provide exciting races with at least two stops, and maybe even three at some."