Subscribe
Previous / Hamilton "as shocked as everyone" by Mercedes' front row lockout Next / Bottas: Mexican GP pole run one of my best F1 laps ever
Formula 1 / Mexican GP News

Christian Horner says Red Bull Formula 1 drivers Max Verstappen and Sergio Perez were "pretty annoyed" to lose the fight for Mexico pole after they "got Tsunoda'd" in Q3.

Red Bull entered qualifying as the favourite for pole position after comfortably taking a 1-2 finish in final practice, led by Perez, as Mercedes finished over half a second off the pace.

But qualifying saw Mercedes strike back by locking out the front row of the grid in Q3 as Valtteri Bottas pipped teammate Lewis Hamilton to pole.

Verstappen was left frustrated in third - more than three  tenths off Bottas - after backing off on his final lap in response to seeing Perez and AlphaTauri driver Yuki Tsunoda go off-track ahead of him.

Perez himself had gone wide after seeing Tsunoda head off-track. Tsunoda had already abandoned his lap, and appeared to deliberately take to the run-off area to give the cars behind him space.

Asked on Sky Sports F1 after qualifying how pole had got away from Red Bull in Mexico, team principal Horner said: "I think we got Tsunoda'd.

"Both drivers were up on their last lap. Max was up two-and-a-half tenths, I think Checo was just under two tenths up.

"I don't understand why he was just cruising around at that part of the circuit.

"It's disappointing because it affected both of the drivers because they're both pretty annoyed.

"But we're still second row of the grid and can have a great race from there." 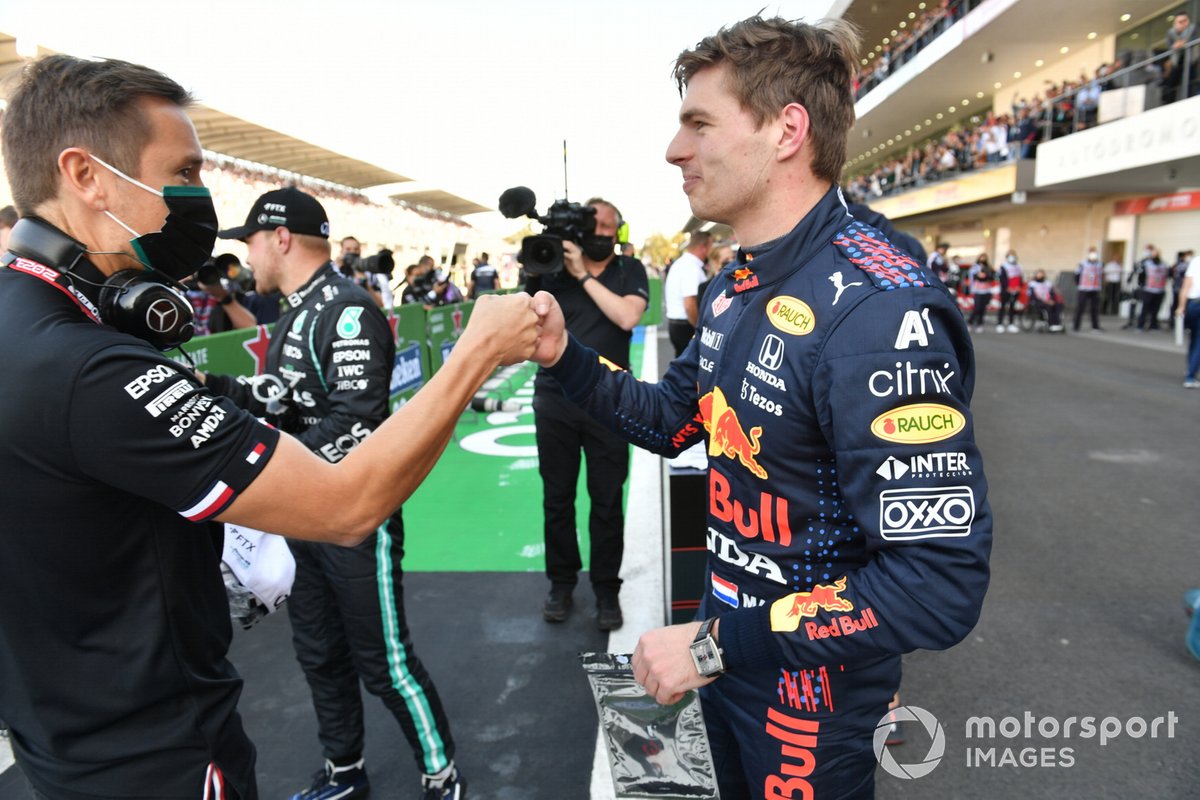 The qualifying loss comes as a blow to Red Bull after it was expected to dominate proceedings in Mexico thanks to the high downforce requirements of the Autodromo Hermanos Rodriguez, owing to the high altitude conditions.

Verstappen sits 12 points ahead of Hamilton in the drivers' championship, but Horner was hopeful Red Bull could hit back in the race.

"I think we could see yesterday, their engine, they've addressed the issues that they had previously here. So they've obviously managed to address that.

"I think we underperformed in Q3. But there's still, it's very, very tight.

"In the race tomorrow, again, it's going to be really tight. They've got a good straight-line speed here, which is going to be tough."

Hamilton "as shocked as everyone" by Mercedes' front row lockout

Bottas: Mexican GP pole run one of my best F1 laps ever