Red Bull swept to both championships in 2022 as Max Verstappen scored a record 15 victories in a single season to clinch his second drivers’ title.

Sergio Perez finished third in the championship with two wins, helping Red Bull wrap up the constructors’ crown with three races to spare.

But Red Bull’s season was not without its setbacks, most notably when it received a $7 million fine and a cut on its aerodynamic testing for the next 12 months after breaching last year’s budget cap.

The team also challenged plans to change the aerodynamic rules for 2023 in reaction to the porpoising problem, believing the lobbying about the concerns was being done to help a “certain team.”

Asked by Motorsport.com if 2022 had been one of the toughest political seasons he has faced in F1, Horner replied: “Off-track, we’ve firmly had a target on our back this year.

“We’re a race team. We’re not a political organisation. We just focus on going racing and we’re hard racers, we push the boundaries, which is what race teams do if they want to succeed.

“That’s always been our approach. It’s always worked well for us. It’s the way we enjoy competing. At times, it’s felt it has been tough this year. That’s unfortunately Formula 1.” 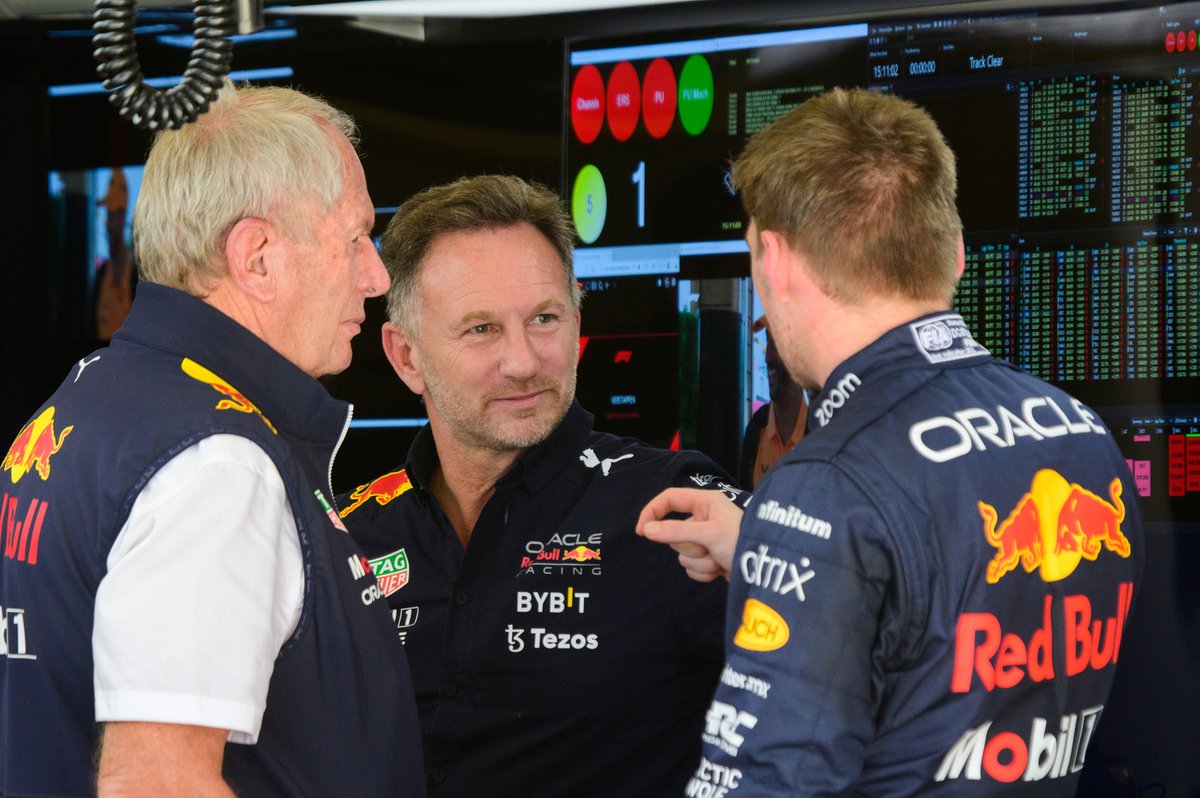 Red Bull made a slow start to the season after suffering three DNFs in the opening three races, including a double retirement at the opening round in Bahrain.

But the team bounced back in the fight against Ferrari before eventually pulling clear in the development race to dominate the second half of the season.

Horner felt the 1-2 finish Red Bull secured at the Emilia Romagna Grand Prix in April was an important moment to put pressure on Ferrari, which had surged into an early lead in both championships.

“Our team has done an amazing job in coming out with such a competitive car and bouncing back after a double DNF where Ferrari scored a 1-2 finish in Bahrain,” said Horner.

“We never lost sight of what our target was, and by the time we got to Imola, winning the sprint and the grand prix with our first 1-2 of the year, that allowed us to put pressure back on Ferrari and we didn’t give them the breathing space.

“We just kept efficiently developing the car, managing to lose a bit of weight. And Max has been in sensational form this year. You think back to some of the races earlier this year, it was so tight in the early races with Ferrari – you think of Miami, Saudi, even Bahrain.

“It’s been an incredible season for us.”