Horner: "No relationship" with Wolff amid "most political" F1 fight

Red Bull team boss Christian Horner has admitted there is "no relationship" between he and Mercedes rival Toto Wolff as tensions around Formula 1's "most political" 2021 title fight continue to escalate.

As F1 heads towards a conclusion to its first proper title battle between two different teams in the hybrid era, tensions between Red Bull and Mercedes have been steadily building throughout a season of on-track incidents between Max Verstappen and Lewis Hamilton, and off-track bickering about the legality of the opposition's cars.

The Hamilton-Verstappen clash in last week's Sao Paulo Grand Prix was the latest controversy to add fuel to the fire.

Mercedes requested the right to review the incident in which Verstappen escaped punishment for leading the Mercedes driver off the track, a review which was denied by the FIA on Friday as it deemed no significant new evidence was presented.

Added to Red Bull's suggestions Mercedes is employing a trick to boost its eye-catching straightline speed, both team principals have admitted there is no love lost between them whatsoever due to the sheer competitiveness if the 2021 season, with Horner stating it has been the "most political fight" his team have ever faced.

"There is no relationship, there's a competition," Horner said in Qatar when asked whether mutual respect between the two sides has survived this year's relentless campaign.

"And I think it was interesting to hear Toto's views after the sprint race last week on his team radio.

"Look, we're going to push the maximum. We worked hard to get into this position. I think it's the first time they've been challenged.

"It's interesting to see how people react under pressure, how they react when they're challenged. It's by far the most intense political title fight we've been evolved in in our time in this sport." 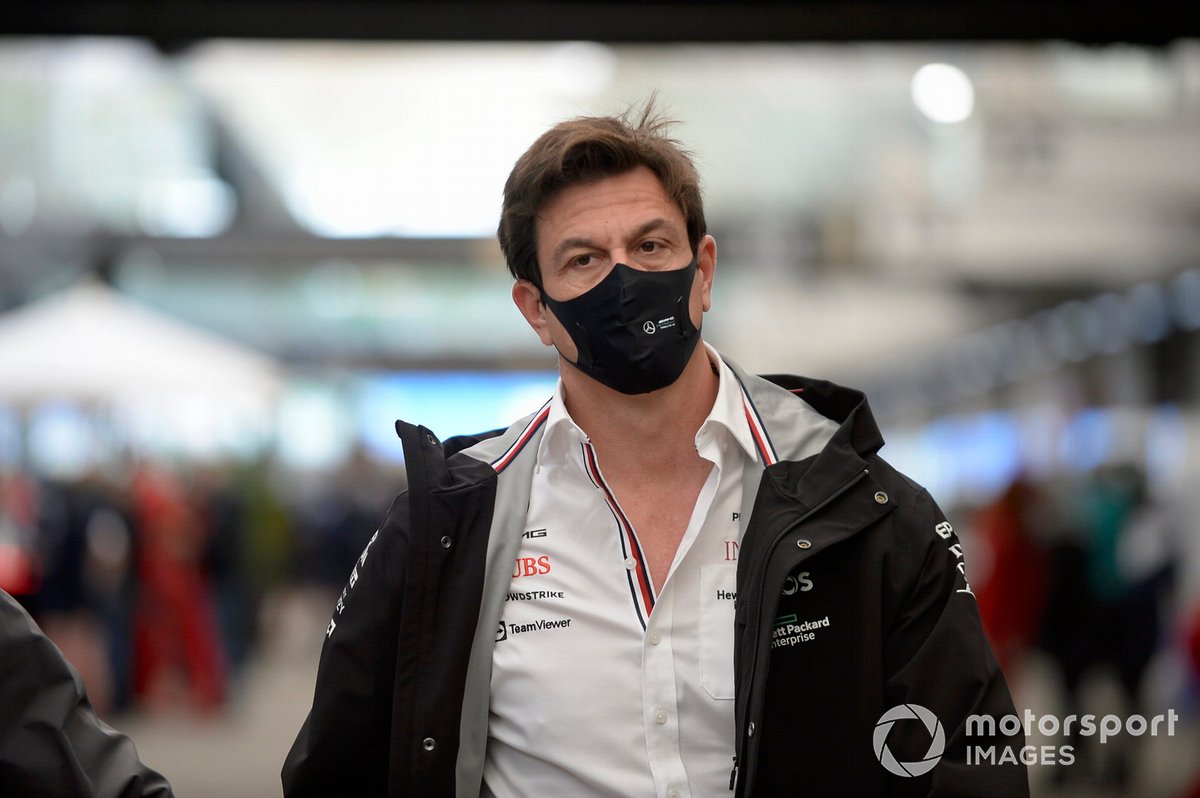 Wolff said "there is respect for the capability" the Milton Keynes team has despite admitting the "gloves are off" in a boxing match that has gradually evolved into an MMA fight.

"There is a respect for the capability that Red Bull has, definitely. And it's clear that this is tough, it's the World Championship of the highest category in motor racing.

"What started as Olympic boxing went to pro boxing, and it's now an MMA [fight], but that's okay.

"We are in the ring there, trying to do the best job possible. Elbows are out now because the rules say so and gloves are off. Nothing else is to be expected."