Christian Horner believes it is “no coincidence” that Aston Martin’s Formula 1 car updates have led to a similar design concept since the team has signed Red Bull staff members.

Aston Martin debuted a number of upgrades for its AMR22 car on Friday ahead of the Spanish Grand Prix, featuring design concepts that quickly drew parallels to Red Bull’s RB18 car.

The FIA revealed it had investigated the matter after noting the similarities as part of its routine pre-event checks, but deemed Aston Martin had followed the correct processes in designing the updates, thus complying with the regulations.

But Red Bull responded by issuing a statement saying that a transfer of its intellectual property would be a “serious breach” of the regulations.

A number of Red Bull staff, including former head of aerodynamics Dan Fallows, have made the switch to Aston Martin in recent months. Fallows formally started as Aston Martin’s technical director on 2 April.

“Imitation is the biggest form of flattery, at the end of the day,” Red Bull team principal Horner said on Sky Sports after practice on Friday in Spain.

“It’s no coincidence that we’ve had a few individuals that have transferred from Red Bull to Aston Martin over the winter and the early part of this season.

“It was brought to our attention by the FIA earlier in the week, when they said ‘we’ve got a car that looks remarkably like yours, can we have a list of your leavers to see where they went?' So that immediately raises alarm bells.

“Now what is permissible, we see it up and down the paddock, individuals move from team to team after a gardening leave period. What they take in their head, that’s fair game. That’s their knowledge.

“What isn’t fair and what is totally unacceptable, which we wouldn’t accept, is if there has been any transfer of IP at all.” 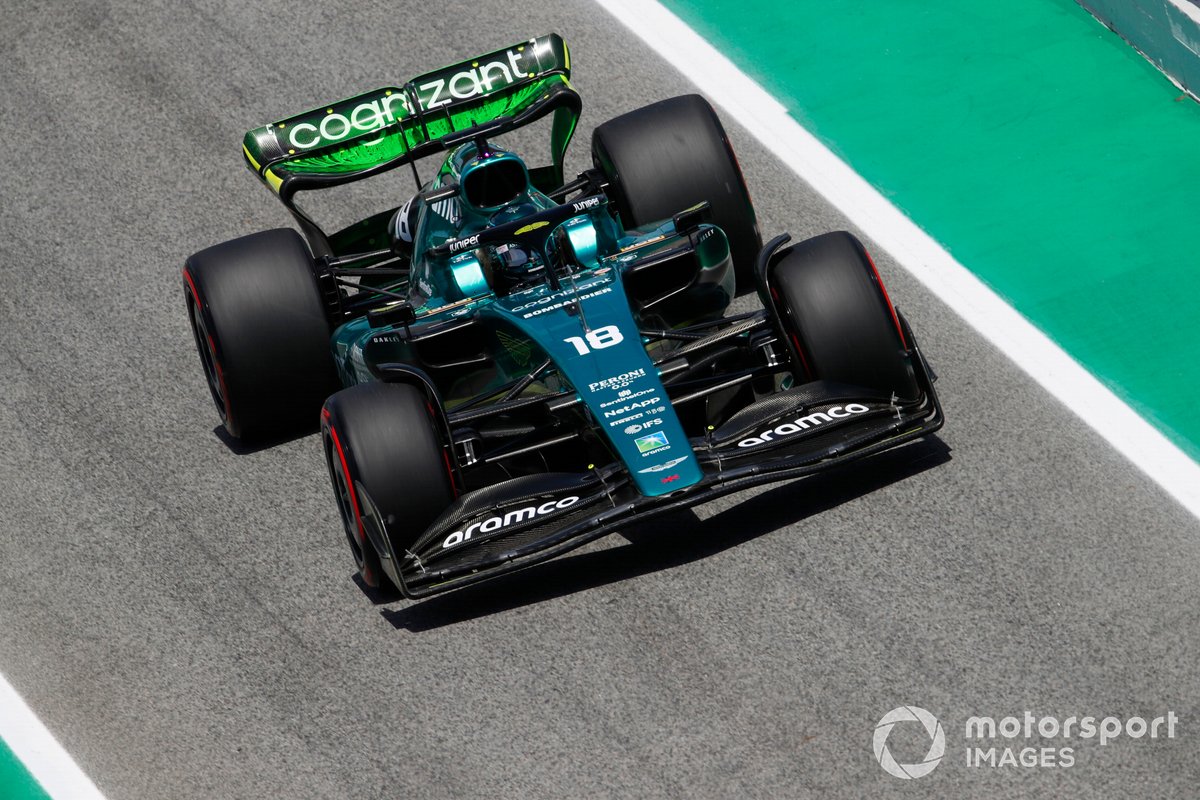 The FIA clamped down on rules surrounding the reverse engineering of cars in the wake of the ‘pink Mercedes’ controversy in 2020, when Racing Point - since rebranded as Aston Martin – tried to copy the design of the 2019 title-winning Mercedes using photographs.

But Horner said the Aston Martin updates could not have been design the same way as “the look of [the RB18] wasn't even released until a month or so ago”, meaning “work started well before that”.

Horner was reluctant to share if Red Bull had any evidence of IP being transferred, but confirmed the team would look to investigate internally by looking through its software.

“But I think it’s the job of the regulator, the FIA, because they have the access, and we rely very much on them to ensure that there is no transfer of IP, that there has been no abuse of that. So it’s very much their job to go and police that.”

Horner added that it was down to the FIA as the regulator to ensure the rules had been followed, chiefly because of concerns about “the precedent that is set”.

“It’s not the biggest of issues for us unless Aston Martin start beating us,” Horner said. “But for the teams that are in that midfield, it could have a material effect on them.

“The biggest thing that we want to ensure is that our IP is protected and it hasn’t been abused.”