By:
Luke Smith
Co-author:
Ronald Vording
Listen to this article

Verstappen will go head-to-head with Mercedes driver Lewis Hamilton for the F1 title this weekend in Abu Dhabi, where they will start the race tied on points.

Verstappen claimed ahead of the race weekend that he was treated differently by the stewards compared to other drivers after receiving two penalties during the Saudi Arabian Grand Prix last Sunday.

Hamilton called Verstappen “f**king crazy” during their fight for the lead in Jeddah after being forced off-track at Turn 1.

Ahead of the Abu Dhabi finale, race director Michael Masi reminded drivers in his pre-event notes that points deductions are possible in the event of unsporting on-track conduct.

Speaking on Friday in Abu Dhabi, Horner explained how he felt Hamilton and Mercedes were using all available tools to put pressure on Verstappen, including pushing the narrative about his driving style.

“Lewis is a seven-time world champion, he’s the most successful driver of all-time,” Horner said.

“He has a standing obviously within the sport. What he says carries a lot of weight. I think he has used every tool available to him to put Max under pressure this year.

“He’s a competitive animal - you don’t become a seven-time world champion by not being a competitor like he is.

“So yes, I believe, and backed up by the Mercedes media machine, a huge amount of pressure has been placed on Max.” 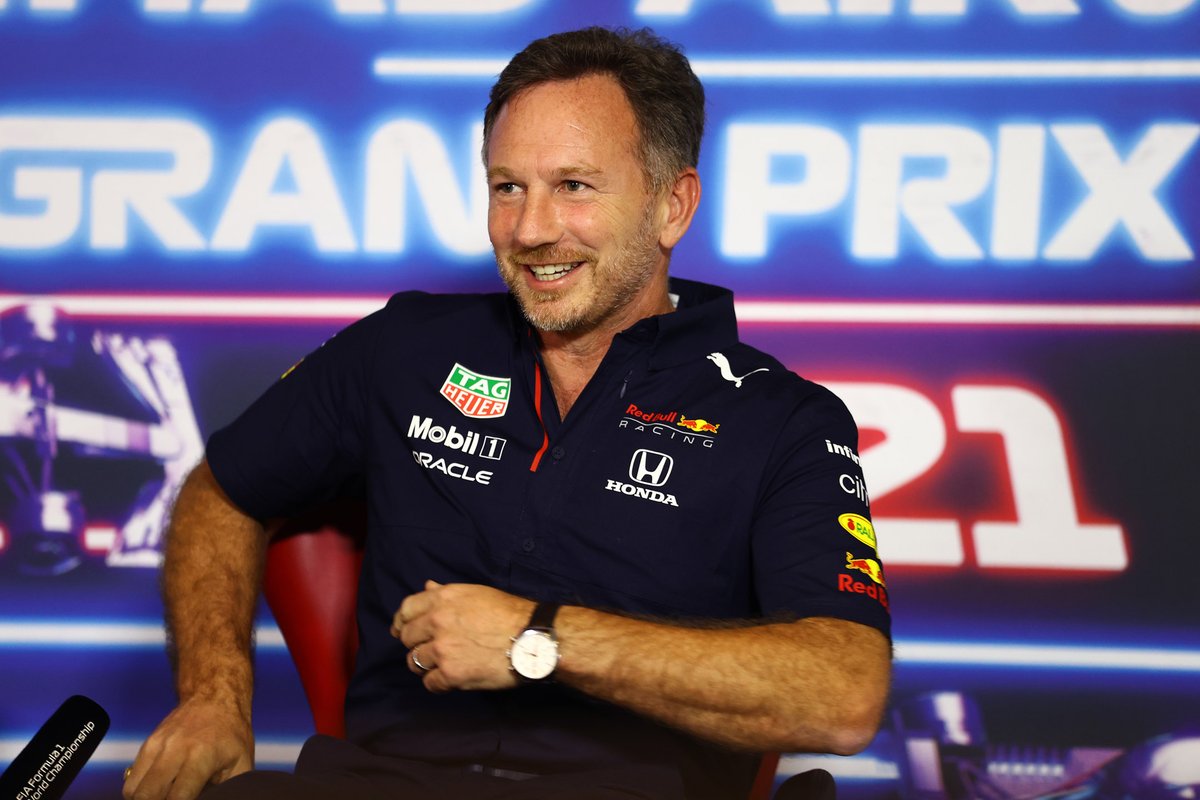 Horner said it was important to remember that Verstappen was “just a young lad” at 24 years old, driving with “bravery, passion, skill and determination”.

“He’s up against not only Lewis, but a huge machine in Mercedes-Benz,” Horner said.

“I think all credit to him, the way he’s handled that pressure this year. And hasn’t been drawn into it, hasn’t been sucked into it.

“He’s gone about his business, and hasn’t changed from Bahrain to Saudi his approach or how he goes racing.”

Horner added that Red Bull was “a team of racers” that was focused on the on-track battles.

“We’re going racing, we’ve got a phenomenal driver who has driven his heart out this year,” Horner said.

“It’s been intense on-track and off-track. And I do think the spotlight, even the narrative of this ‘mad Max’ scenario or calling him crazy, there’s been a very clear narrative.”