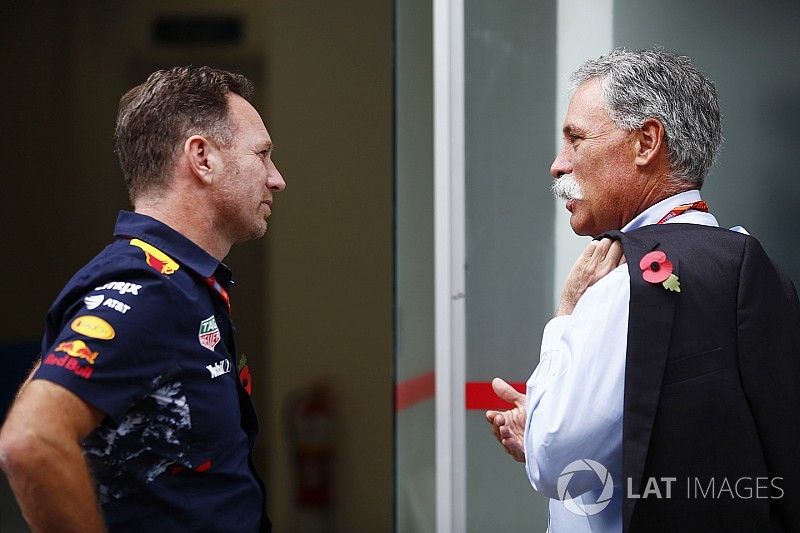 Red Bull boss Christian Horner thinks Niki Lauda has been "unfair" in his criticisms of Liberty Media, amid ongoing disagreements about the future direction of Formula 1.

Lauda hit out at Liberty over the Brazilian GP weekend claiming he was "worried" for the sport's future because he had seen no evidence that the new owners were putting in place what F1 needed to become more successful.

His remarks came against the backdrop of a dispute over future engine rules, and concerns from some teams about an unprecedented fall in commercial rights income for the sport.

But although Lauda is sceptical about Liberty, Horner has defended the American media giants and says he is fully behind the vision it is laying out for F1.

"I think Niki's comments were... a little unfounded, unfair," said Horner, when asked by Motorsport.com about whether he agreed with Lauda's concerns.

"For once, Formula 1, it's recruited some specialists in Ross Brawn and the team he's put together. And it's doing proper analysis.

"Too many times there's been decisions made from the hip. And perhaps it's not going fast enough for Niki's liking, but I think the approach they are taking is the right approach.

"I think it's unfair to be giving them a hard time, when they're only nine months in and actually haven't presented their complete plan yet.

"It's inevitable that they're going to take time to understand the business, do the analysis, and then present what the future of Formula 1 is going to look like."

The drop in prize money in the last quarter, with it having fallen to $273 million (USD), which is 13 percent lower than last year when it came in at $316 million, has alarmed some team chiefs.

But with the decrease being the result of investments that Liberty has made to help improve F1, Horner says teams need to be patient for bigger benefits in the future.

"I think that would have been the effect whether Liberty would've been there or not," he said about the prize money drop.

"It's circumstances. Obviously they're building an infrastructure, they're investing in the business, it's just a different model to what it used to be It used to be a small structure with Bernie and a couple of aides.

"But if you don't speculate and invest in the business, you're not going to accumulate. And the world is moving on quickly, and it's important that Formula 1 put that structure in place.

"So... Red Bull does not have any issues with what they're doing, their approach. And we're watching with interest to see what their plans are for 2021 onwards."

Why F1 can't turn its back on manufacturers