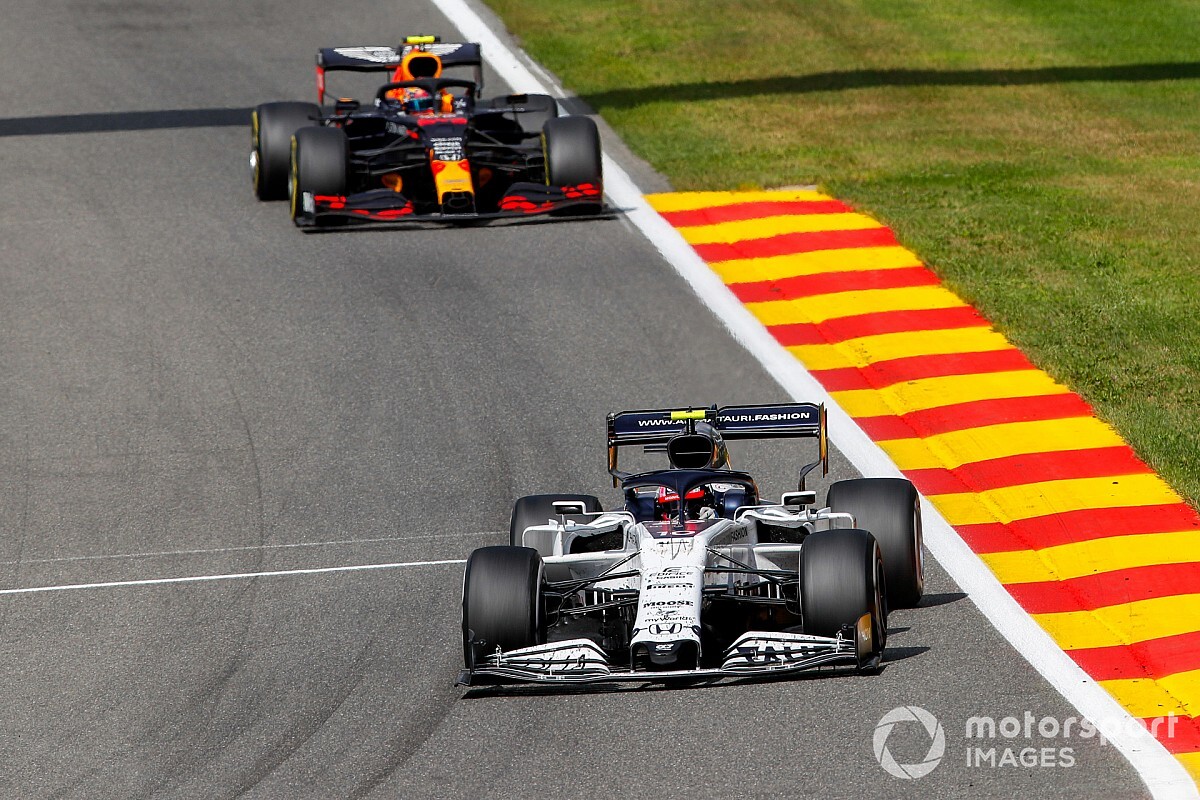 Christian Horner believes it "wouldn't make sense" to swap Pierre Gasly and Alexander Albon back between Red Bull and AlphaTauri, but a final decision will be made "later in the year".

In the wake of Gasly's shock victory for AlphaTauri at the Italian Grand Prix last weekend, the Frenchman has been linked with a potential return to Red Bull.

Gasly was demoted from Red Bull back to its sister team - then known as Toro Rosso - after just 12 races in 2019, with Albon moving in the opposite direction.

The win was the latest impressive result for Gasly in 2020, which, coupled with Albon's current struggles at Red Bull, has led to links with a possible swap back for the future.

Gasly said after his victory he felt "ready" to return to Red Bull if required, and that he hoped his strong results this season would be "rewarded with something".

Asked by Motorsport.com if Gasly could return to Red Bull in the future, team principal Horner dismissed the possibility.

"Pierre has done a fantastic job," Horner said. "Since taking the step back into what was Toro Rosso, he's found his confidence, he's driving incredibly well. AlphaTauri are doing a great job with him. It's good to see that's working out for him.

"I think as far as Red Bull Racing's seats are confirmed, we're focused on Alex Albon. We want to try and give him the best opportunity to retain that seat.

"It wouldn't make sense to switch the drivers back. AlphaTauri is now a sister team rather than a junior team. Franz [Tost] is happy I believe with Pierre.

"The final decision will be made later in the year, but there's no push from our side to reverse the situation.

"We want to address some of the issues we have with the RB16, which I think we are starting to understand and get on top of, and then we'll go from there."

Horner expanded on his comment about AlphaTauri now being a sister team instead of a junior team, citing the greater synergies between the two Red Bull F1 projects as the reason behind the change in status.

"Their aspirations are beyond where Toro Rosso's were," Horner said.

"We have a synergy project within the regulations that we're allowed. For example, the sharing of the wind tunnel will happen for the first time next year, which makes complete sense from a financial perspective.

"That's what I was referring to. From a talent pool, Red Bull has invested in so many young drivers over the years. That will continue."

Tuscan GP practice as it happened