After finishing second in FP1, four tenths down on Mercedes' Lewis Hamilton, Verstappen slipped to fifth in second practice behind teammate Sergio Perez and over six tenths shy of leader Hamilton.

In the afternoon session Verstappen appeared to struggle with understeer and on the team radio he reported the car was displaying "strange" cornering behaviour.

According to team boss Horner, the team didn't manage to get Verstappen's car set-up in the right window as track conditions improved dramatically, and said the team would have a long night ahead to get it right for Saturday.

"We've got a little bit of a balance mish-mash," Horner explained to Sky Sports F1.

"The circuit is a lot grippier than it was last year, I think we're just a little bit out of the window with Max on set-up.

"It's going to be a busy night burning the midnight oil with the engineers and back in Milton Keynes as well."

Asked if he was confident the team would rectify the situation, he said: "I think so, it's just understanding the issue. We know we have a good car, so it's just a matter of getting into that window and I don't think we hit that today." 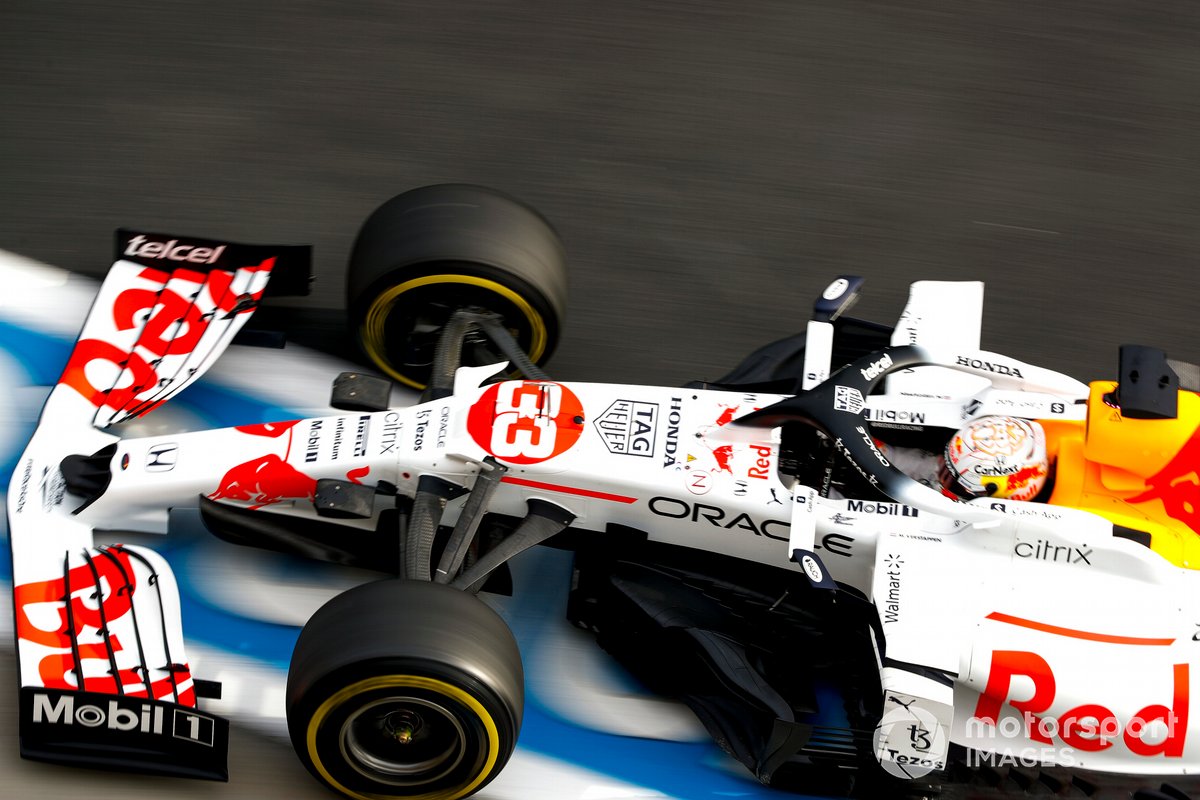 Verstappen could turn his two-point deficit to title rival Hamilton into a lead in Turkey, with the seven-time world champion facing a 10-place grid penalty for using his fourth internal combustion engine this season.

Horner believes Red Bull will need a strong weekend to get maximum benefit from Hamilton's mid-pack start as the Mercedes appears to be dialled in to Istanbul Park's reworked track surface, which provides much more grip than last year.

"We expected Mercedes to be strong here, they are strong here. We're going to have to go some to try and capitalise on that grid penalty," he acknowledged.

"I think their car seems to have quite low degradation, it's quite soft on its tyres.

"This surface is temperature sensitive. And we can see with what they've done, it's become even more sensitive in some respects where the grip level has gone up, but the sensitivity is still there, so it's going to play a key role.

"And who knows there's a bit of rain around as well tomorrow, maybe even on Sunday, so it could be another thriller."