Red Bull team principal Christian Horner has apologised for comments he made criticising the FIA and a marshal at Formula 1's Qatar Grand Prix.

Horner was summoned to the stewards after the race at Losail on Sunday to face allegations that he had breached the International Sporting Code and damaged the reputation of the FIA and its officials.

It is understood it was related to comments he made before the race to Sky, blaming a "rogue marshal" for having put out the double-waved yellow flags in qualifying which triggered Max Verstappen getting a five-place grid penalty.

After visiting the stewards to explain his actions, Horner later said sorry for any offence that his remarks may have made, especially to the marshals involved.

"Some comments were made, I think, in our interview earlier where you asked me about the marshalling and.... I'd like to make it clear that marshals do a wonderful, wonderful job," he told Sky.

"They are volunteers, and they do a great job. And my frustration in what I voiced earlier wasn't at marshals, it was at a circumstance.

"So if any offence was taken by any individual, then obviously I apologise for that. But it's still frustrating to end up with the situation that we had." 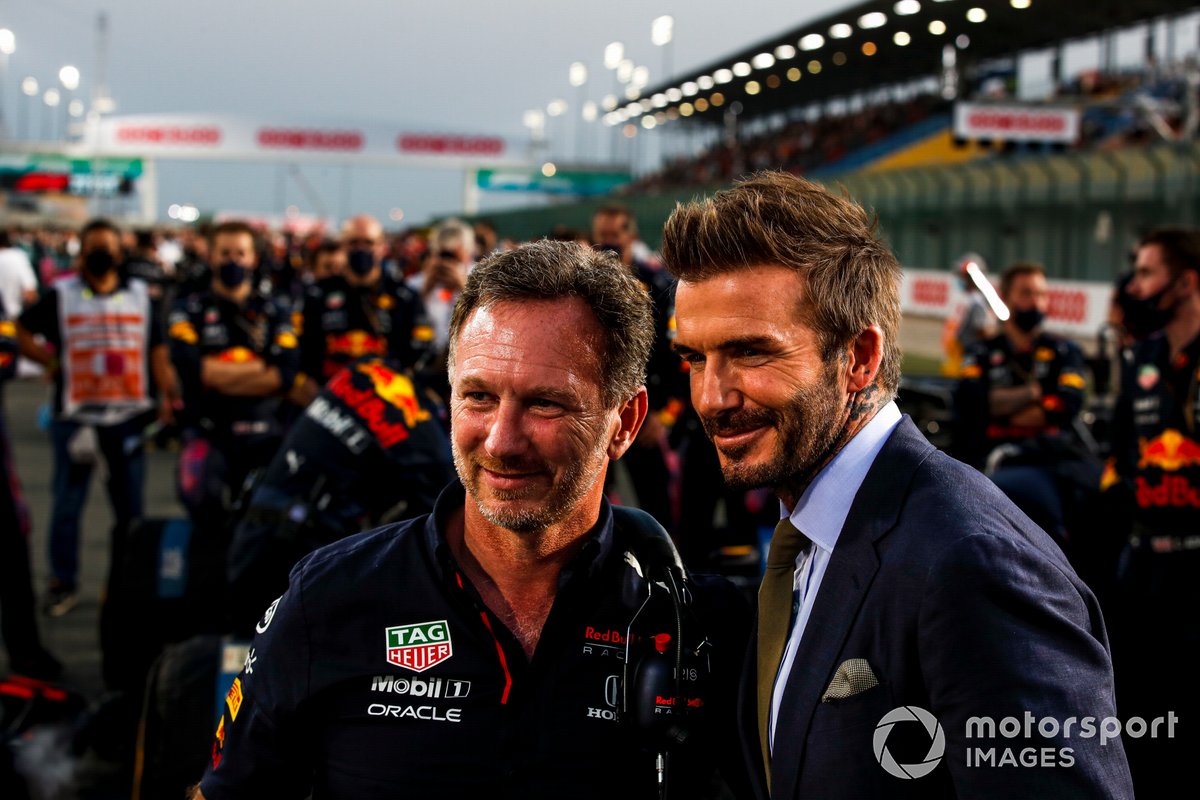 Horner said that he had also said sorry to the FIA stewards, as he made clear that his annoyance was more with the goings on around the yellow flags than the actions of any individual.

"I spoke with the FIA. I apologised if any offence in any way was created, because it wasn't the intention," he said.

"My frustration wasn't with an individual marshal. It was with a situation where one car had driven [through], there was no yellow. One car gets a single yellow, one car gets a double yellow. So it's the inconsistency across that.

Horner denied that the aggression in his original comments was a sign of the pressure of the title getting to him – as he suggested Mercedes' Toto Wolff had shown more visible signs of emotions with his now famous gesture to the cameras in Brazil last weekend.

"I think we've actually been fairly pretty good without our emotions," he said. "I haven't been pointing and swearing at cameras or that kind of thing.

After his meeting, the FIA said Horner had accepted to participate in a stewards' programme early next year and the Briton escaped with a warning.

"The Stewards heard from the Team Principal (Christian Horner)," the stewards said. "He explained that his reaction was one that was made under the pressure of competition following the penalty imposed on the driver of Car 33.

"The Stewards explained that the marshal concerned was doing his job in precisely the manner prescribed in the International Sporting Code.

"Mr Horner offered to apologise to the marshal concerned and to explain to the media that he meant no offense. He also offered to participate in the 2022 FIA International Stewards Programme in early February.