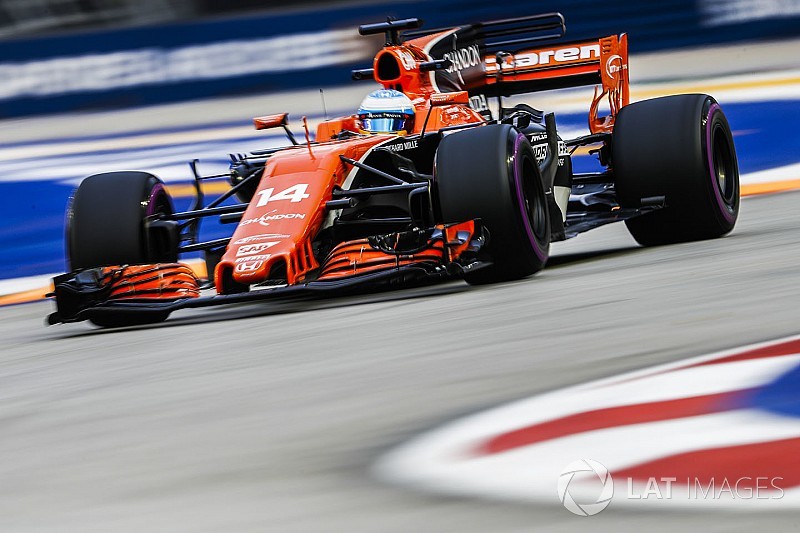 McLaren racing director Eric Boullier says the team's spell with Honda has been a "proper disaster" in regards to its credibility as a top Formula 1 squad.

The Woking team joined forces with the Japanese engine manufacturer in 2015 with the aim of replicating the successes of the golden era the two companies enjoyed in the late 1980s and early 1990s.

However, the partnership has failed to deliver the expected results over the past three seasons, and McLaren and Honda announced last week that they were parting ways.

McLaren finished ninth in 2015, sixth in 2016 and is currently ninth in this year's standings.

Speaking in an interview with the official F1 website, Boullier admitted the team needed to change engine supplier in order to restore its credibility and start attracting sponsors once again.

"When you look at the last three years it's been a proper disaster for us in terms of credibility and getting new sponsors," Boullier said.

"And then you have to take the long-term view: in the next five years I am absolutely sure that we will go back to where McLaren belongs.

"And with this bouncing back we get our credibility back and it will rebuild our sponsor portfolio. It might take two to three years.

"We are ninth in the championship – with a top engine I think we would be fourth right now and just on the FOM money we could cover the engine side, so it will not be a big risk on the monetary side.

"Thanks to the shareholders who have been brave enough to take a sporting choice and not hurt McLaren. They could have said, 'Let's wait until Honda wakes up'.

Boullier revealed that the team began considering the future of its partnership with Honda already in pre-season testing, when it was clear that the Japanese engine had failed to deliver the performance that McLaren expected.

"The crucial moment was after the Barcelona testing, when we tried to work and help Honda to improve the situation in a very short time, including having discussions with the other engine manufacturers, and without going into details, it became obvious that they again would miss the target that we had agreed for the season.

"Then by the summer we knew that we had to take a decision, to stay or not to stay. I can't say a date, but there had been a couple of targets missed by summer."

Despite the lack of results, Boullier conceded that parting with Honda was not an easy decision to make.

"Very hard," he said. "The whole story for them, as it was for us, was to recreate the legacy of the past. On paper everything looked right. Just the way it's been done was not right, obviously.

"Luckily we managed to make it an amicable settlement and they understood that all the investment that they have made, they should get a reward from that at some stage. We can't wait – but they can get the reward with somebody else.

"I am so glad that they have decided to stay in Formula 1 and commit to another team. Personally I feel a bit sad that it didn't work, but these have been very intense three years."

Palmer: I can leave Renault with my head held high