Honda will quit F1 at the end of the season following a seven-season stint back in the series, during which it has worked with McLaren, Red Bull and AlphaTauri.

Red Bull has a chance to give Honda a farewell championship as it goes head-to-head with Mercedes for the constructors’ title, as well as seeing Verstappen in the thick of the fight for the drivers’ crown.

Honda worked to fast-track a number of its power unit developments initially planned for the 2022 season onto its 2021 design, bringing forward upgrades to assist its customer teams.

The latest step forward arrived last month at the Belgian Grand Prix when years of development led to the introduction of a new energy store that debuted on Verstappen’s car. Under the current regulations, each power unit component can be upgraded once per season.

Honda revealed on Wednesday ahead of the Russian Grand Prix that the new energy store had been introduced two races ago at Spa.

“This new energy store has been developed in a project that has taken several years, with an aim to combine improvements in energy efficiency with significant reductions in weight,” said Honda’s head of power unit development, Yasuaki Asaki.

“In what will be the company’s final season in the sport, Honda F1 has managed to introduce the new ES - fitted with a lighter, low-resistance, highly efficient and ultra-high power battery cell - just in time for the start of the second half of the season.

“In order to achieve the ultimate goal of defeating Mercedes and winning the championship before leaving F1 at the end of the 2021 season, we recognised the need to enhance performance.

“As such, the development plan for the new energy store was brought forward substantially from the original goal of 2022 to introduction during the 2021 season.” 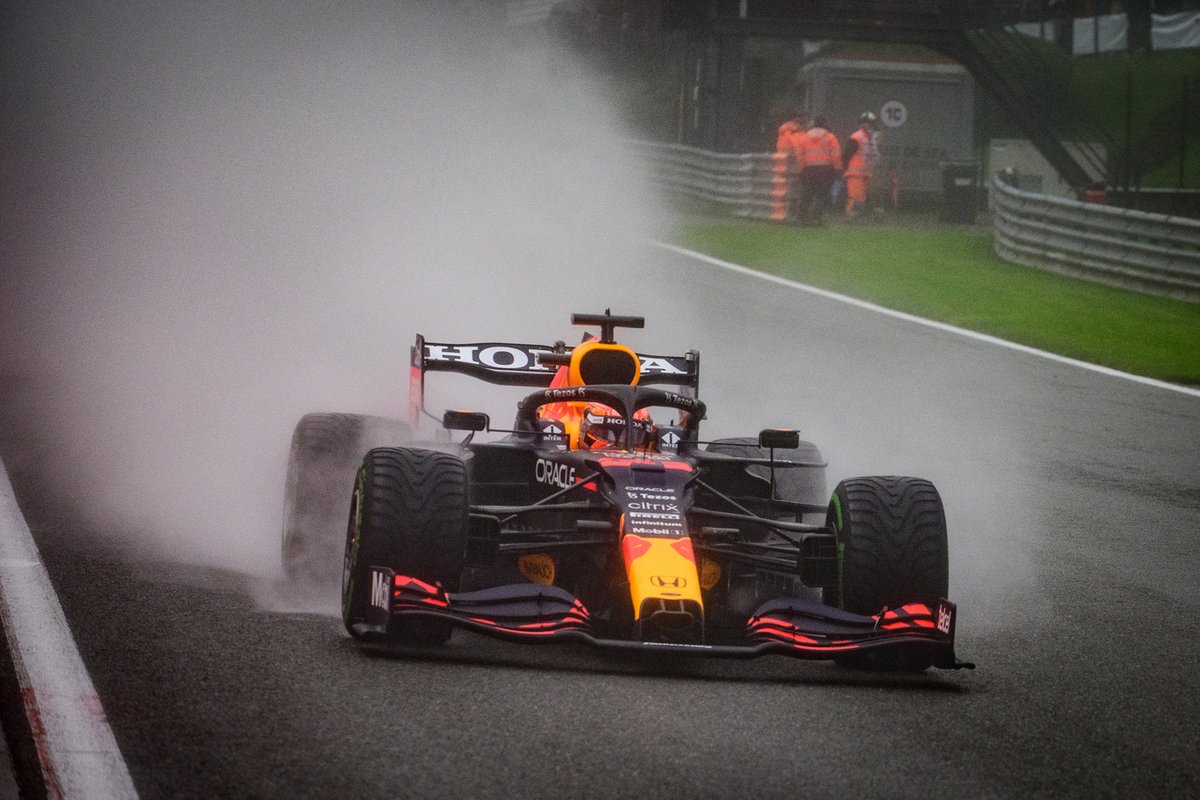 Verstappen used the updated energy store to take pole position in the wet at Spa, before being declared the winner of the two-lap race following heavy rain. Verstappen also started on pole at Monza before a clash with Hamilton forced him to retire from the race.

Honda said that the introduction of the new energy store this year was a “massive undertaking” due to the long lead times involved in the part design, which received full support from Honda’s road car battery development team.

“Even after Honda leaves F1, this new battery technology will contribute hugely to Honda’s future technology to create a carbon neutral society, lead the advancement of mobility and enable people everywhere in the world to improve their daily lives,” Asaki said.

Red Bull will take over Honda’s power unit IP at the end of the year and serve as its own supplier from 2022, forming its own Red Bull Powertrains division.