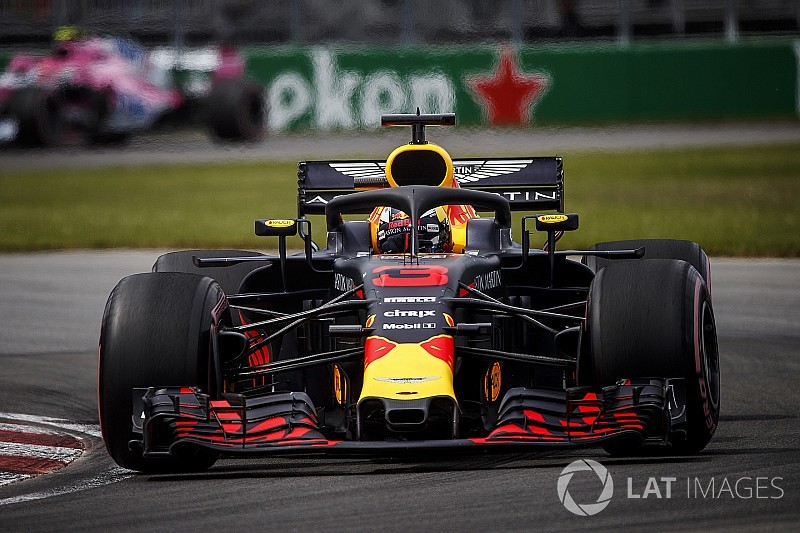 Honda has identified its initial target for its new Formula 1 partnership with Red Bull in 2019 as ensuring the team does not drop “below its current level”.

Though Red Bull and Renault have not replicated their championship-winning success since F1’s V6 turbo-hybrid era began in 2014, they have still won 10 races in that time.

Seven of those wins have come since Honda rejoined the grand prix grid at the start of 2015, which compares to a best result of fourth for Honda – earned with Toro Rosso in Bahrain earlier this year.

Honda motorsport boss Masashi Yamamoto said: “[Red Bull] is one of the top teams. It has won several championships and this year too it has already won some races [two from the first seven GPs].

“It is also obvious that they have a very good chassis and this means we’ll have better chances of winning races.

“This gives further motivation to all the members of Honda, but at the same time, it is a huge pressure and responsibility for us.

“However, it is Honda’s nature to always aspire to a very high target, and I think that’s what makes Honda, Honda.

“As a starting point, we do not want to see Red Bull Racing’s performance drop below its current level.  But our target is to go further and do better than they are doing at the moment.”

Yamamoto described the condition of the deal between Red Bull and Honda as “very fair for both parties”.

He added: “We will have to live up to their high expectations, but can see their respect for us.

“We will put everything we have into the development for next season.”

Honda will have more time to prepare for its Red Bull union than it did with its junior team Toro Rosso, having only completed that deal for 2018 as part of a complicated merry-go-round in September 2017.

“I think now all other teams have already started the development for 2019 so we will also have to start work on the matching of the chassis and the power unit with the team,” said Yamamoto.

“Though we have more time compared to last year’s Toro Rosso situation, it is still a relatively shorter timeframe than everyone else.

“So, we have to make sure we have good communication in order to have smooth development together.”

As a second customer has been one of Honda’s chief targets, it has long been improving its infrastructure to handle the extra workload.

“But we still have some more room for improvement in terms of the organisation and personnel and we will work on this very soon with the two teams,” Yamamoto added.

“Clearly it is an advantage to have factories close to one another [Red Bull and Honda’s UK base are both in Milton Keynes].

“Though there are plenty of technologies nowadays like TV conference and we are fully utilising them, I believe face-to-face communication is still very important as it can still make a very big difference.”

Is F1 missing easy ways to fix its on-track problems?