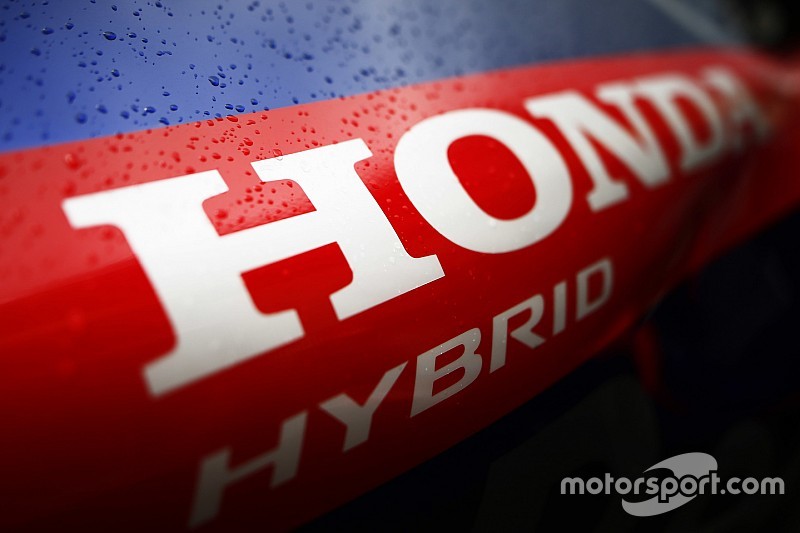 Red Bull says it is buoyed by the "good progress" that new engine partner Honda has made with its development this winter.

Ahead of the launch of Red Bull's new car on February 13, and the start of pre-season testing in Spain on February 18, the team still does not know where it stacks up against its main opposition.

But team boss Christian Horner says hopes are high that Honda has hit its targets and that it can at least make progress in 2019.

"I think they have had a strong winter," said Horner, speaking at a media event at Red Bull's London offices.

"Red Bull Technology have been working with Honda for 12 months now, having supplied the gearbox and drivetrain solution for Toro Rosso. So we have seen behind the scenes their evolution. They are making good progress.

"I think stability of regulations will help them. They have settled on a concept and, for the first time since their re-entry to F1, that has continued from one season to the next without it being a completely clean sheet of paper.

"It will all depend on what the others have done, but certainly versus themselves there has been good progress."

One of the main areas that Honda will need to improve in 2019 is its reliability, with Red Bull eager to avoid a repeat of the spate of engine penalties that sister team Toro Rosso endured last season.

But although there are no guarantees about the durability of the Honda power unit that it will start the season with, Horner says he would not be too upset if his team was forced to take extra power units in 2019.

"Obviously it has been a huge challenge to do 21 races on three engines," he said. "We would rather see consistent evolution, even if that means taking a penalty or two along the way.

"As we saw last year, the impact of those penalties at the right venues can be fairly minimal.

"I think so long as the progress and the trajectory is in the right way, there is a lot of optimism within the team, within the factory, and excitement about working in collaboration with the new partner."

While relations between Red Bull and previous engine partner Renault collapsed into acrimony, Horner has faith that the relationship with Honda will not play out in a similar way.

"It is a very different scenario," he said. "[We have been in] very much a customer supplier relationship where effectively we were paying for a first class ticket and you get an economy seat.

"An awful lot of frustration was borne out of that. And the management within Renault has been different to what it was when we started the relationship.

"With Honda, it being a true technical partnership, there is much more collective responsibility from both sides rather than being a customer supplier scenario.

"We are not expecting to go to 100% a clean sheet of paper, but what we are extremely hopeful of is that the performance will be a step from where we were in the last few years."