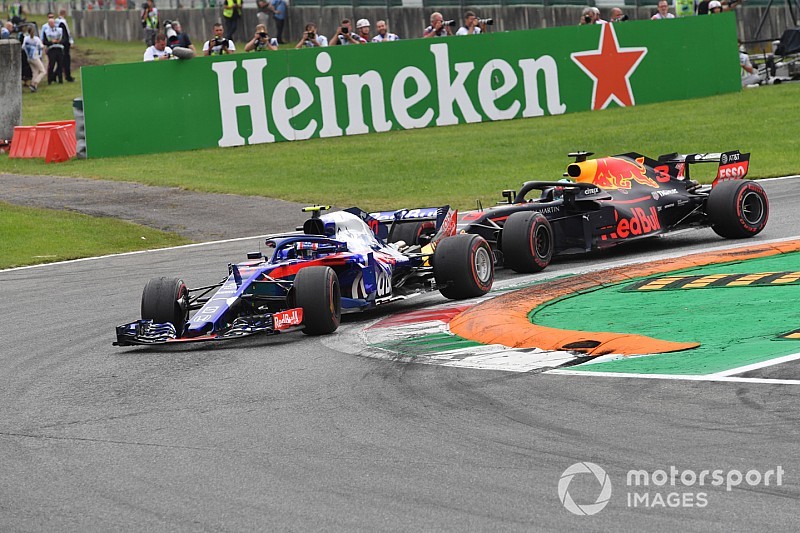 Honda's progress in Formula 1 will be slowed by the increased need for reliability that the Japanese manufacturer will have from teaming up with Red Bull, reckons Renault.

Although Red Bull has hopes that Honda can keep making the kind of gains with its power unit that it showed this year, Renault F1 managing director Cyril Abiteboul is sceptical.

He thinks that Honda's improvement was flattered by it adopting a policy of introducing regular engine updates in 2018, even though those new parts resulted in grid penalties.

Over the course of the season, Toro Rosso's Brendon Hartley and Pierre Gasly both used eight internal combustion engines, turbo chargers and MGU-Hs - which was twice as much as any other driver. The rules allow only three power units before grid penalties are applied.

Speaking to Motorsport.com, Abiteboul suggested that Honda's improvements will be pegged back once it has to stick to the limit of three engines per year like the other manufacturers.

"For Honda – yes they can spend as much as they want at the factory and they decided to introduce as many engines as they want this year, but that will be naturally regulated if they have to take four or five times engine penalties next year," said Abiteboul.

"No one is making any noise when that happens to Toro Rosso, but I expect a bit more noise if that has to happen to Red Bull. So that will naturally slow them down.

"If they want to comply with the regulations, they will have two or three shots maximum to improve their power unit during the season. Just like it happened with us this year."

Renault made a C-spec version of its 2018 power unit available to its customer teams after the summer break this year, but only Red Bull chose to use it.

While it delivered an increase in performance, there were concerns about its reliability, which is why the French car manufacturer's works team and McLaren stuck with the B-spec until the end of the campaign.

Abiteboul added: "It could have meant more progress, and we had even ourselves the same opportunity as Honda.

"But we are also in a constructors' championship, and we know taking grid penalties will have a severe impact on our ability to score points and therefore secure our position in the championship. That is something we did not want to do.

"Honda is a threat in a sense, but they are a threat like everyone else. I expect that threat will be slowed down in its progress and I have confidence in the gains we have made this winter."