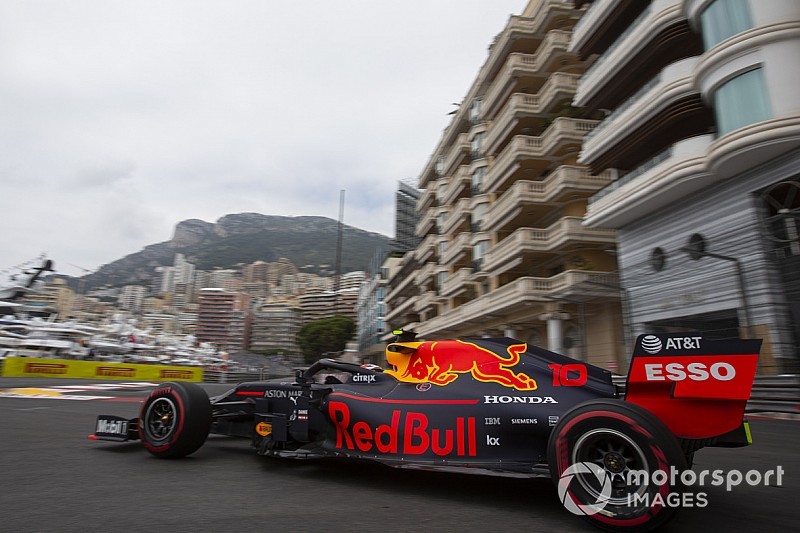 Honda is optimistic its latest Formula 1 engine is capable of lasting seven grands prix, which would mark an important step in its bid to produce a title-challenging product.

The Japanese manufacturer introduced its second-spec engine ahead of the fourth round of the season in Azerbaijan, having successfully brought a reliability-focused upgrade forward.

After reporting "no issues" with engine reliability in the three races since Baku, Honda's F1 technical director Toyoharu Tanabe told Motorsport.com that he believes this engine is now capable of making it through seven races.

This is the target manufacturers must reach for drivers to make it through the season without a penalty, as they only have three combustion engines, turbochargers and MGU-Hs before incurring a grid drop.

Since rejoining the F1 grid in 2015 Honda has repeatedly gone over that limit.

Although the early introduction of Honda's Spec 2 engine means Red Bull and Toro Rosso are poised for grid penalties, as they will not be able to complete the season with only one more engine, Tanabe believes Honda has made an important reliability step.

"I think, yes," said Tanabe when asked if this engine could complete seven races. "I hope yes. We will see."

He added: "It always depends on how you use it. If you use it very easily you can achieve high mileage. If you push hard, it's shorter mileage. We're looking for a balance. We try to achieve the mileage, a range of 5,000km or 6,000km. It's not simple, it's very complicated."

To put that range into perspective, Mercedes duo Lewis Hamilton and Valtteri Bottas have completed around 4500km across the first six weekends of the season with only one engine each.

Mercedes is the only engine manufacturer yet to introduce an upgrade in 2019.

Along with Ferrari, it has traditionally aimed to introduce an engine upgrade around the Canadian Grand Prix before waiting until after the summer break for its second upgrade.

Tanabe joked that "I like the Mercedes/Ferrari-style" of introducing upgrades but admitted that as far as Honda making it to the summer break without another change "unfortunately it looks like no".

That means Honda will either need to supply its drivers with a fresh Spec 2 engine, or bring forward its second upgrade.

Tanabe said he is hopeful the next change would tie in with an upgrade but said that "depends on when".

"If you have an accident or a failure on the engine then you need to change at that time," he said. "We always prepare for that, like with Spec 2, which we introduced a bit earlier than we planned.

"But in China we had an accident with the Toro Rosso, and we didn't have a Spec 2. That's why we applied a new Spec 1. If we have a Spec 2 in the pocket and need to change [because of a problem], OK, [we will change it] again."

Piola & Fittipaldi: What made the Lotus 72 so special