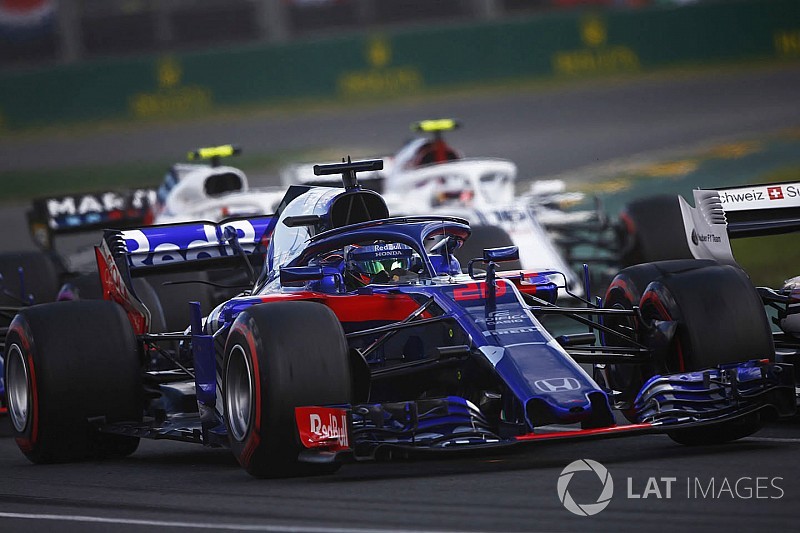 Brendon Hartley says he has no concern that using Honda’s power unit in 2018 will prevent him from being able to scrap with and overtake his Formula 1 rivals.

Toro Rosso driver Hartley endured a difficult start to his 2018 campaign, as a first-lap lock-up on the run to Turn 1 effectively put paid to any chance of a decent result at the Australian Grand Prix.

He ultimately ended up last of the classified finishers in a lapped 15th place, after a puncture led to a second stop, his prospects hampered further by being half a minute behind the field at the race restart.

Despite the difficult result, Hartley reckons he came out of the weekend encouraged by the Honda engine, and says he has no qualms when it comes to needing to go wheel-to-wheel with it.

"I did drive with a different engine at the end of last year," he said. "I think the Honda is pretty flexible with a bit of racecraft as well.

"Obviously DRS and top speed is a big part of making an overtake, but from what I've seen so far everything is running pretty seamlessly, from a driver's point of view there's not too much to manage.

"Everything is going in the right direction, there is no real concern from my side. From what I understand [Honda] have updates coming, too.

"There's no concern from racecraft or raceability. I can't comment on Mercedes and Ferrari, and what they do, but we have a few tools to try and make an overtake stick."

Hartley added that he feels significantly more comfortable in the STR set-up than he did during his cameo performance at the end of last year.

"I felt really comfortable in the team, in the car. Much more than last year," he said.

"Qualifying, in hindsight we probably should have done three runs really, I think that would have given us the best opportunity to get through to Q2. Half a tenth more I would have been through to Q2 and had another shot to improve again.

"But I felt comfortable, I felt like I knew what I wanted from the car. From that point of view I was really happy, I managed my time well within the team.

"We just didn't get the result we targeted, which was a point. As we saw, that was a bit out of reach regardless."

Strategy Report: How Hamilton lost the Australian GP to Vettel