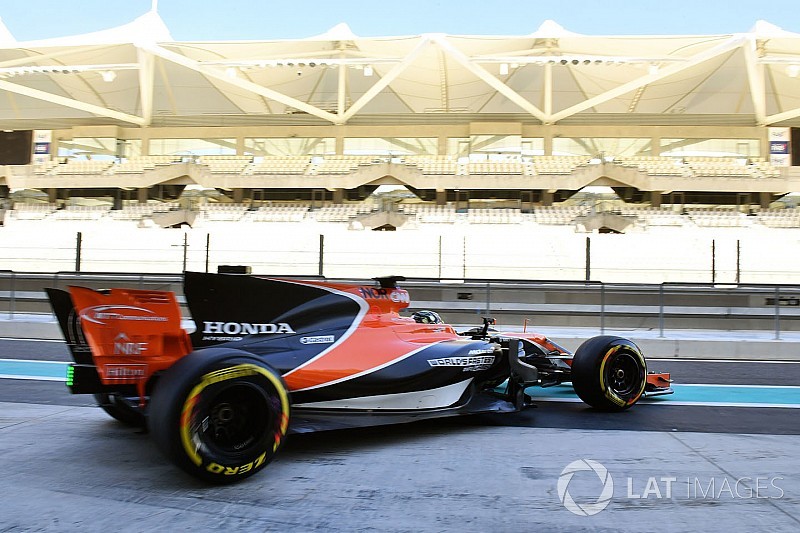 Honda will have its current Formula 1 engine available as a back-up plan if there are problems with its 2018 specification.

Honda completed a major revamp of its engine design over the 2016-17 winter, but a problem with the oil system put it on the back foot at the start of the season, faced with a slog to recover.

The Japanese manufacturer is sticking with the concept and evolving it for 2018 for its switch from McLaren to Toro Rosso, which means it has the option to stick with its current spec for the opening races if it cannot prove reliability of the new version in testing.

"It's a great help [to stick with the same concept]," Honda's outgoing F1 project leader Yusuke Hasegawa told Motorsport.com. "We need more performance and reliability. It's much better at this stage of the season.

"We haven't decided next year's complete specification but at least we have a back-up plan, which is the current engine. So I'm sure we can start the season well next year.

"We modified the engine concept from last year to this year. There's no doubt it was a necessary update for us. We are thinking it was the right direction.

"The biggest issue is that we didn't complete the engine in time for [2017 pre-season] winter testing. Although we tried a good thing, we needed more time to complete it."

Hasegawa, who will be replaced by Yasuaki Asaki and Toyoharu Tanabe when he leaves at the end of the year, is convinced the concept can get Honda on terms with its rivals.

"We chose almost the same concept as other competitors so from that point of view, there is no reason why we can't catch up with the others," he said.

Honda has this year taken advantage of input from outside consultants to help it fast-track improvements, though it will not reveal who it has been working with.

From next year, Honda plans to continue with those partnerships and even extend them.

"We started many collaborations with other partners, the identity of which we don't normally disclose," Hasegawa said. "We can see results from that project.

"I understand most people think Honda has tried to do it by themselves. But it's not right. We're happy to invite outside resource, and we do.

"Of course there are some limitations and obstacles, such as the language barrier, the geographical barrier, and the item difference, so it's not an easy job.

"We need to maximise our domestic performance. We have no objection to get outside resource. Naturally, it is increasing."

Vettel will come back "guns blazing" in 2018 - Hamilton