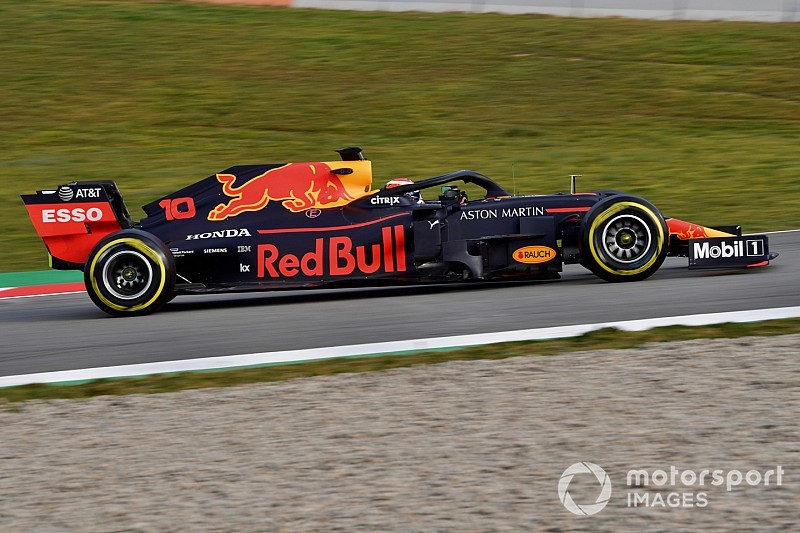 Honda says the performance of its 2019 Formula 1 power unit has not been compromised by the push to deliver a more compact design for its Red Bull teams.

Red Bull boss Christian Horner said on Monday that the installation of the Honda engine was the best his outfit had ever experienced, as he labelled the power unit a "thing of beauty".

But while previous experience of an extreme compact design hurt Honda's progress in its first year with McLaren, the Japanese manufacturer is adamant that its new approach will not hurt its performance.

"I think we are in neutral," said Honda's F1 technical director Toyoharu Tanabe about the trade-off between performance and packaging.

"The PU performance or total package performance we discussed very much with both teams. We compromised [to work out] which is better.

"If you have more power, more performance one way, but the chassis side is deficit, what is the best compromise? So then we decide the best package performance."

Tanabe said the push for a more compact design was instigated by Red Bull Technology, with the knowledge shared with both Red Bull and Toro Rosso.

"Red Bull Technology discussed this between the teams and that makes our job very simple," he said. "The aim is to make it compact and nice. That is what we have done during this off season."

Tanabe was also confident that Honda had made progress on the reliability front this year, having stuck with the same concept as 2018.

"We carry over the concept from last year, which means the concept from 2017," he said. "One of the reasons is the PU regulations does not change this year, so we have kept working on our PU.

"We improved our performance and reliability for this year. It means it [the engine] is not new but updated."