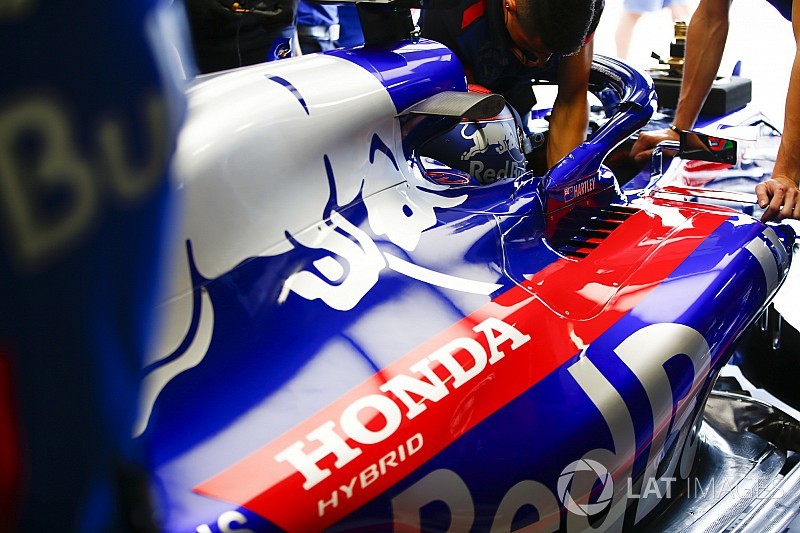 Honda has revealed its Formula 1 engine upgrade for the Canadian Grand Prix is centred around improvements to its internal combustion engine.

The Japanese manufacturer has been expected to give partner Toro Rosso an update for the power-sensitive race, which Motorsport.com reported Honda hoped would be worth around 27bhp.

Honda stressed it would be careful not to hurt the reliability of its power unit in the pursuit of performance but, ahead of the Montreal race, technical director Toyoharu Tanabe confirmed Honda's upgrade - focused around its internal combustion engine - would be implemented.

"We are introducing an updated PU for this event, fitting it to both cars," said Tanabe.

"The updates are mainly to the ICE, focusing on improving performance. The Montreal circuit is known for its long straights, where over 60% of the lap is spent at full throttle.

"There are slow corners after the long straights and this means that good driveability is again important as is rapid turbo response.

"All these features mean that the power unit is one of the key elements here, which is why it has traditionally been the venue for engine manufacturers to introduce updates."

Red Bull will use the Canadian Grand Prix to assess the performance of Honda's power unit compared to current supplier Renault as it weighs up whether it should switch engine provider for 2019.

Renault, which has made it clear it is unhappy at Red Bull for delaying a decision over its supplier, is also expected to introduce an update for the race.

Montreal key to future use of hypersoft, says Pirelli

How Formula 1's forgotten man is back in fashion