All of the attention on Red Bull’s upgrades at Formula 1’s British Grand Prix has revolved around the engine cover bodywork that includes what looks like a shelf above the sidepods.

However, something that’s slipped under the radar but has now been spotted is an intriguing change the team has made to the RB18’s floor.

The new design did not appear on the pre-event FIA notification of changes as it had not required the team to manufacture an entirely new assembly.

Instead, it takes advantage of the patchwork quilt-like qualities of the floor designs we’re seeing from teams this year, whereby sections of the floor can be exchanged with one another without too much fuss.

The development was initially only run by Max Verstappen during Friday’s interrupted running, with teammate Sergio Perez sticking to the previous version.

This is in keeping with Red Bull’s approach, as it likes to gather back-to-back data on upgrades, before applying them to both cars.

This practice ensures that it can check there is good correlation between the team’s simulation tools and the real world environment before it commits to them for the rest of the race weekend. 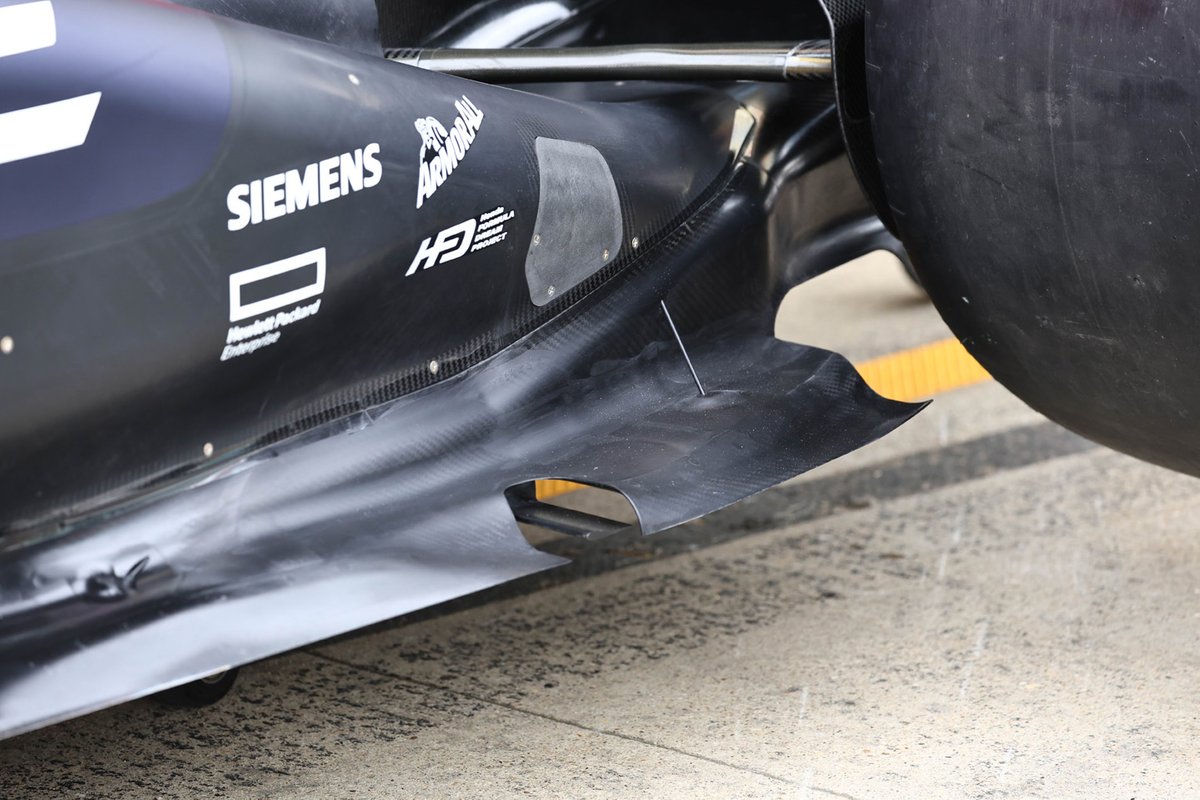 The new design turns the tables on Ferrari, which adopted what has become known as the ‘ice skate’ solution earlier in the season.

The ice skate, which incorporates the edge wing on the underside of the car, rather on the upper surface, was combined with further design features on the F1-75, for which Red Bull has now applied a similar logic.

This results in a floor cut-out ahead of the rear tyre spat region, which not only facilitates a change in the geometry of the two floor sections, but also exposes a tongue-like wing that’s connected to the skate.

We can see the old specification of floor on the Red Bull and the solution used by Ferrari for comparison, below. 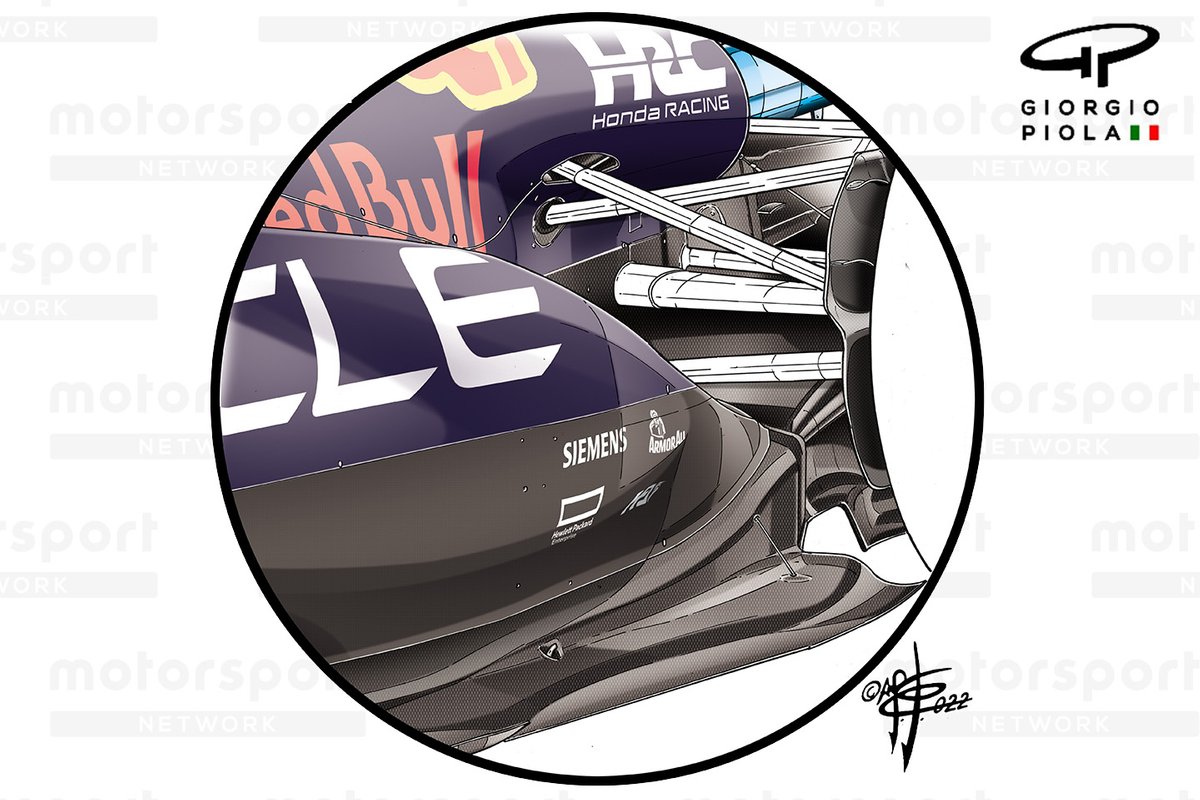 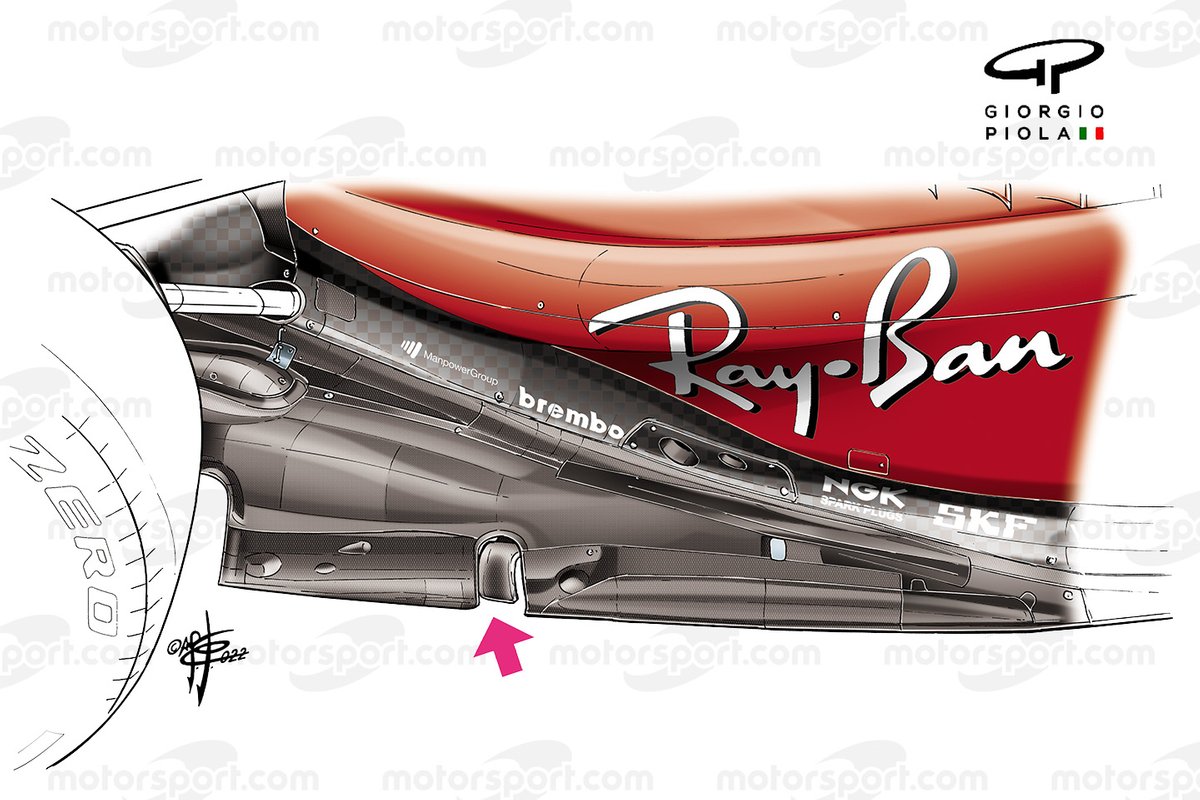