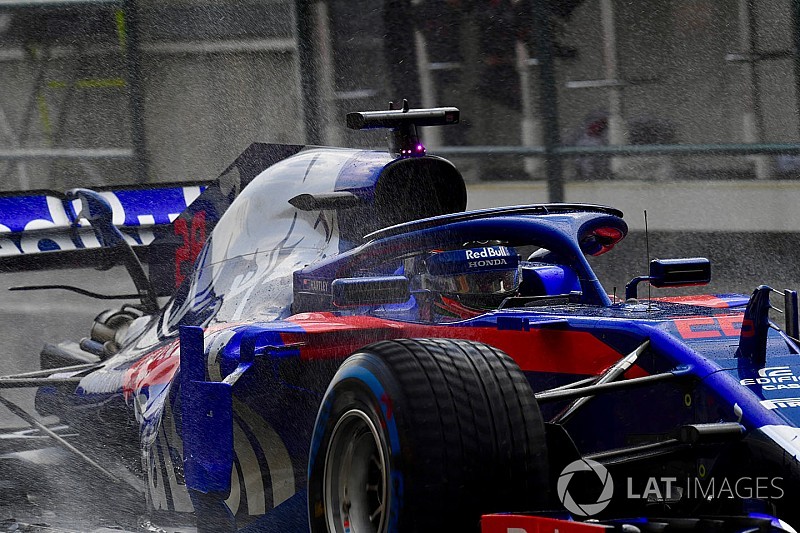 Brendon Hartley says he “really put my balls on the line” to secure a breakthrough top-10 qualifying result at the Hungarian Grand Prix.

The Toro Rosso F1 rookie has endured a difficult start to the season, scoring just two points in 11 races so far and only twice qualifying better than 15th.

But the New Zealander took advantage of the wet conditions in Hungary to qualify eighth as both Toro Rosso-Hondas made the top 10.

“The conditions were worsening and I’m really quite proud of the lap I did in Q2 to get through because the last sector was a river and on the intermediate tyres was really tough,” Hartley said.

“I had to really put my balls on the line in the last sector to get through and it paid off.”

Hartley said “good communication with the team” allowed him to make an early switch to slicks in Q1 and start qualifying on the front foot, but he was disappointed to finish half a second off teammate Pierre Gasly in Q3.

“My only small disappointment with the session was Q3,” Hartley added. “I had four laps and the second two laps I went off and actually had a really big moment in turn four - I got pretty close to the wall - so my last lap I was probably somewhat conservative.

“There was definitely margin there to do a bit of a better job in Q3, but from a team point of view, everyone is extremely happy - happy with how I performed and how I used my experience to the best of my abilities.”

Teammate Gasly will start directly ahead in sixth after out-qualifying Max Verstappen’s Red Bull, which Gasly described as “an amazing result” despite not having his wet tyres quite up to temperature in Q3.

“I was near to crash maybe three or four times in my lap so, I was pretty on the limit,” said Gasly, who scored his best qualifying result since April’s Bahrain GP, where he qualified fifth.

“Bahrain came a bit out of nowhere, we didn’t expect it at all. We didn’t expect to be P6 [here], but I saw the rain and knew there was an opportunity.

“We know in this sort of conditions, everything is possible.”

Hartley believes Toro Rosso “have the pace to stay in the points” in Sunday’s race, but is wary of the two Haas drivers starting directly behind.

“If it’s really hot, we have looked quite good on tyre degradation so that’s a positive as this track is very hard on tyres and is quite hot,” Hartley said.

“It’s very tricky to overtake here so the first lap is going to be crucial, but I do think we have the pace to keep those positions.

“The tricky one will be the two Haas behind, as I think they’re definitely faster than us in dry conditions.”

Force India has "many" potential buyers "with deep pockets"