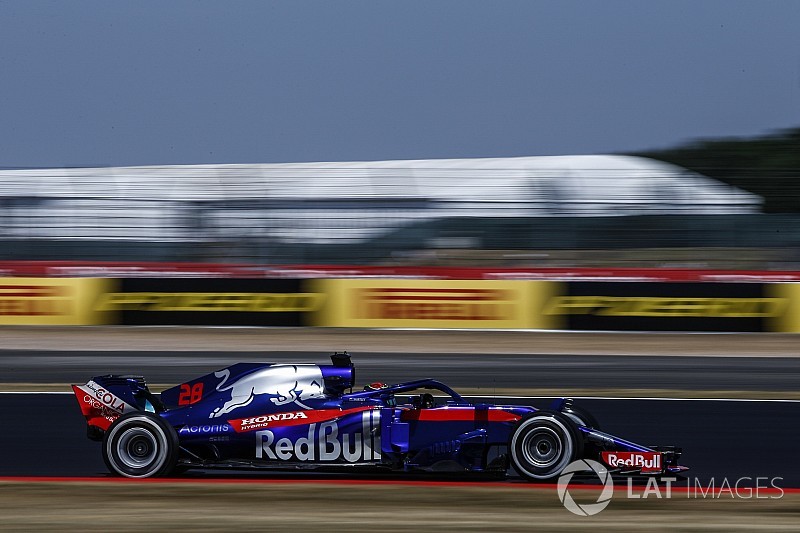 Honda has taken the opportunity to give Brendon Hartley fresh Formula 1 engine parts following his frightening crash in practice for the British Grand Prix.

Hartley will start the race at Silverstone from the pitlane after a front-left suspension failure pitched him into the barriers at Brooklands and left Toro Rosso requiring a rebuild around a fresh monocoque.

Though Honda has not found any "considerable damage" trackside, it has opted to change the internal combustion engine and MGU-K, and send the replaced parts back to Sakura for further analysis.

That moves Hartley onto his sixth V6 engine and fifth MGU-K of the season.

"I'm not really a believer in luck or superstition," said Hartley. "This was obviously completely out of my control.

"It was very instantaneous, there was no warning. I didn't hit any kerbs, there were no vibrations beforehand.

"Obviously I tried to fight the car, slow it down as much as I could but I still hit the wall pretty hard.

"I remain optimistic for [the race] but there's no denying that was disappointing and I would've much preferred to be out there in qualifying than watch on TV."