Mercedes' Lewis Hamilton has shouldered the blame for his collision with Fernando Alonso in the Belgian Grand Prix, but said he won't speak to the Spaniard after he called him an "idiot".

On the opening lap Hamilton attempted to pass Alpine driver Alonso for third around the outside of Les Combes after pulling alongside the Spaniard on the Kemmel Straight.

Hamilton was partly ahead of Alonso when he turned into the corner to catch the apex, denying Alonso any space and triggering a collision.

While Alonso was able to continue, the rear end of Hamilton's car was catapulted into the air and the Briton was asked to pull over by his Mercedes team with damage.

Afterwards Hamilton accepted blame for the incident, explaining that Alonso was in his blind spot.

"It was definitely my fault today," he said when Motorsport.com quizzed him about the collision.

"It's unfortunate. I mean, it's motor racing. I gave it everything I tried to overtake on the outside into Turn 5.

"I just didn't leave quite enough space and I paid the price for it. So yeah, it wasn't intentional. It just happened."

Alonso was furious at Hamilton on the team radio, labelling his former rival an "idiot" who can only "drive and start in first". 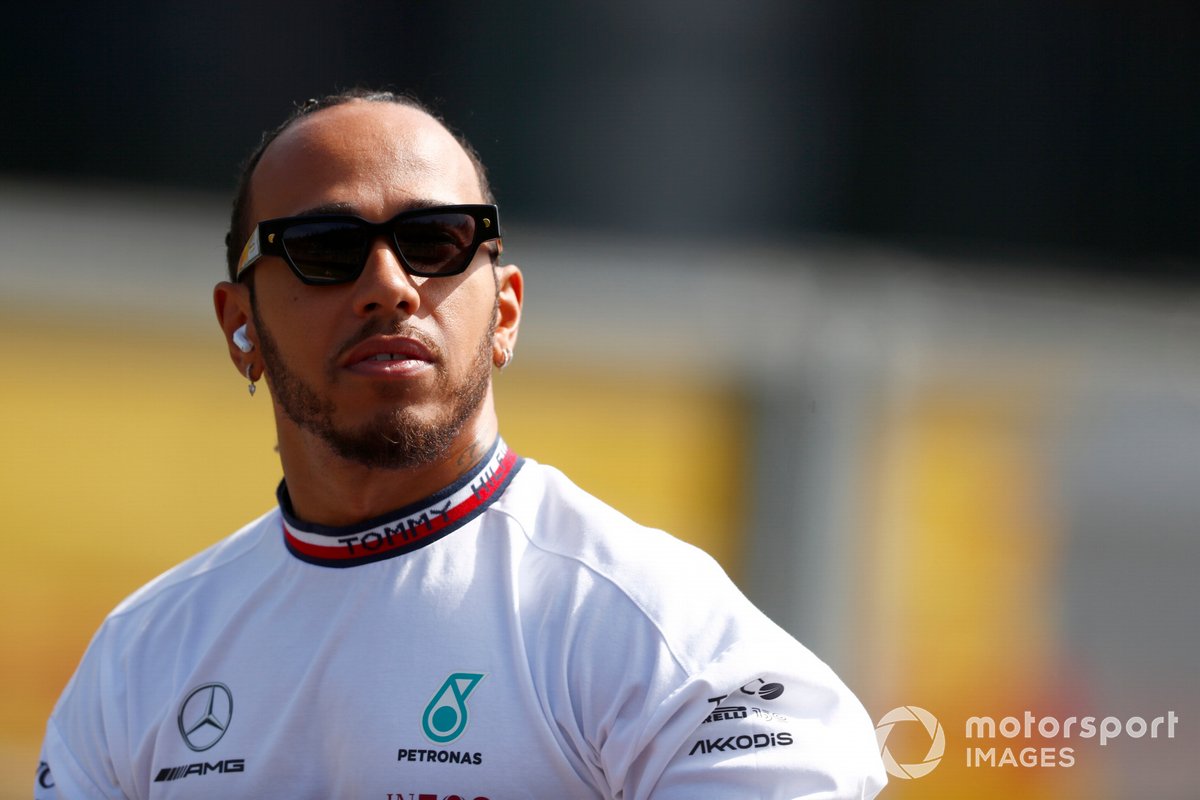 When asked about Alonso's comments, Hamilton said it was "nice to know" how Alonso feels about him.

"I don't really have a response to it. I know that how things feel in the heat of the moment, but it's nice to know how he feels about me," Hamilton wryly smiled.

"It's better that it's out in the open how he feels. And like I said, it wasn't intentional, and I take responsibility for it. That's what adults do."

When asked if he was going to talk to his former McLaren teammate, he said: "No. I would have until I heard what he said."

Hamilton added he was happy to escape unhurt after taking a big vertical hit when his car smacked back down onto the tarmac, and said it was quickly apparent his car had suffered terminal damage.

"I remember looking at the ground, it was definitely high up. I'm grateful to be still alive and in shape," he said.

"I could hear something's broken in the gearbox. Coming down I would have broken so much in the back end, so I was told to stop.

"But obviously in that moment, you're hopeful you can keep going."

The FIA race stewards also determined that Hamilton turned into Alonso, but as it was a first lap incident they decided not to take any further action.

The stewards noted: "Hamilton’s front wheels were ahead of Alonso’s at the entry to the corner. Alonso moved his car off line to the inside with both right side tyres fully on the kerb and even somewhat inside the kerb.

"At no point did Alonso appear to lose control or understeer. Hamilton turned into towards the apex of the corner with Alonso still alongside and the collision occurred.

"The Stewards considered that this was a first lap incident with a lot of movement relative to other cars in the first few corners, and thus take no further action."

Hamilton was also later warned for not attending the medical centre immediately after his accident, which was mandatory.