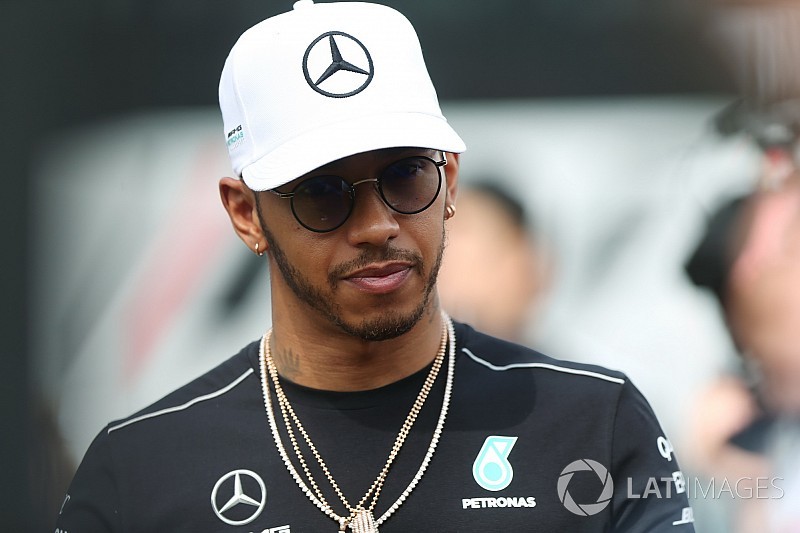 Mercedes boss Toto Wolff has clarified he took no issue with Lewis Hamilton's absence from the F1 Live event in London, and said it would be an "insult" to object to him skipping it.

Among the 20 current full-time F1 drivers, Hamilton was the only one who decided to sit out the London event on Wednesday as he went on a brief vacation between the Austrian and British Grands Prix instead.

Wolff made it clear his team fully supported Hamilton's decision to focus on preparation for the British GP and said he was frustrated by the criticism that his driver has attracted.

"There were some rubbish stories out there that there was any relationship problem between Lewis and the team, and Lewis and myself," he said.

"On the contrary, we had a chat at the beginning of the week whether it was good or not good to go to the event, and after five years together the most important thing is that he feels at ease.

"Because that is the reason he extracts performance from the race weekends, and questioning whether a three-time world champion, who has just broken [Ayrton Senna]'s pole record and will beat [Michael] Schumacher's record, understands how he should prepare himself, is an insult.

"This is how I operate the team – I give him freedom to organise his days in a way he wants. And if he feels that staying away from an F1 environment, being with his friends, helps him to overcome what has been hard weekends in the past and helps him to extract performance at Silverstone, then so be it.

Wolff said that he'd warned Hamilton that his absence might generate some criticism.

"We flagged the risks that it could be seen as not right to attend the event in London. We were there, we had the car there, Valtteri [Bottas] was there, I was there, and I found it a great event.

"What the organisers have really done is amazing, and it should be something that we're doing in many cities, and certainly again in London.

"Wrong and not fair" treatment

Wolff himself experienced some hostility when he appeared on stage in Trafalgar Square with fellow team bosses Christian Horner of Red Bull and Maurizio Arrivabene of Ferrari.

When he tried to explain Hamilton's absence, boos could be heard from the crowd.

Wolff recalled: "First of all, the one that mentioned that 19 drivers were there and not all was Christian. Christian is always trying to put a little bit of mischief into the situation, and fair enough.

"If you had asked the question in the right way and the superstar is not here, then of course people are not happy, the people who came.

"I would not be happy if I go there and the guy I was trying to see was not there. But he took a decision for his championship, the way he has been treated in certain media is wrong and not fair.