Hamilton was "nervous" about repeat of tyre failure 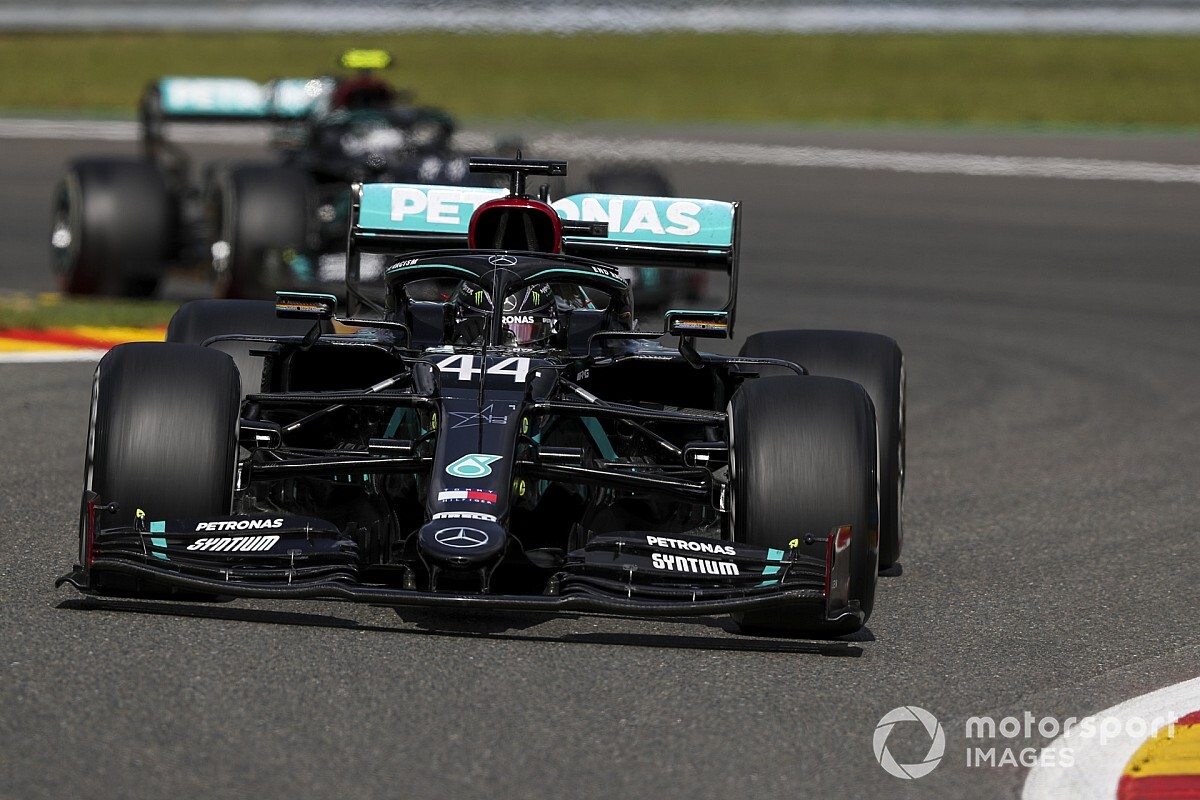 Lewis Hamilton felt "a little bit nervous" he would suffer a repeat of his Silverstone tyre failure in the closing stages of his Belgian Grand Prix victory.

Hamilton dominated proceedings at the Circuit de Spa-Francorchamps on Sunday to record his fifth victory of the 2020 season, extending his lead in the Formula 1 drivers' championship to 47 points.

The Mercedes driver made his sole pitstop of the race after just 11 laps following an early safety car period, requiring him to make his hard tyres last 33 laps to the end of the race.

Hamilton suffered a couple of late lock-ups and reported concerns that his tyres would make it to the end of the race, suffering from a vibration.

It left the six-time world champion fearing a repeat of his last-lap tyre failure at the British Grand Prix that left him crossing the line on three wheels.

"It wasn't the easiest of races, there were a couple of moments," Hamilton said.

"I locked up into Turn 5 and started to get a bit of a vibration, and then once into the last corner. The tyre temps were just slowly dropping. No matter how much you were pushing, I guess as you lose rubber you start to lose temperature in the tyres.

"It was a bit of a struggle, but it was okay. I was a little bit nervous that we might have a scenario like Silverstone with that right front towards the end, so I was nursing it.

"It looks like the tyre had plenty of rubber on it, so maybe it was fine."

Hamilton was able to keep Mercedes teammate Valtteri Bottas at bay on the opening lap, ensuring the Finn did not get enough of a slipstream on the long run down the Kemmel Straight.

Hamilton explained after the race that he had "a big snap" at the first corner that worked in his favour as it forced Bottas to lift and lose momentum.

"It worked to my benefit, to be honest, that snap, because it meant he was right up my tail," Hamilton said.

"I am sure he had to lift and it meant when we got the top of the hill, I don't know if he had to lift or not, but he didn't have enough time to slingshot today."

Gasly thought he would hit wall in Perez fight at Spa