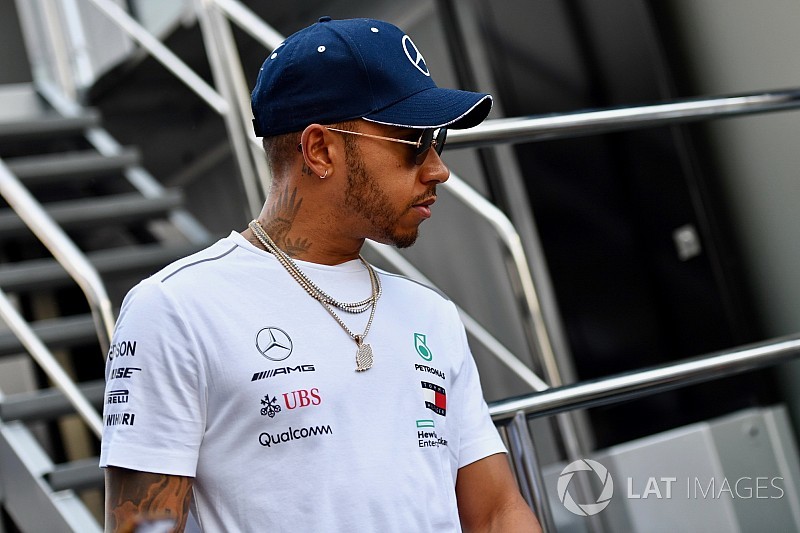 Lewis Hamilton says he has accepted an apology from Kimi Raikkonen for their first-lap clash in the British Grand Prix and wants to "move on" from the incident.

Hamilton was spun around by the Ferrari driver at Turn 3 at Silverstone, which dropped him to 18th and necessitated a charge through the order to finish second.

The collision sparked huge scrutiny over the Ferrari vs Mercedes fight as it came just two races after Raikkonen's teammate Sebastian Vettel wiped out the other Mercedes of Valtteri Bottas in France.

Hamilton hinted at "interesting tactics" from Ferrari post-race but took to Instagram on Monday to say: "Kimi said sorry and I accept it and we move on. It was a racing incident and nothing more.

"Sometimes we say dumb shit and we learn from it".

Mercedes team principal Toto Wolff said after the race that he was "not comfortable at all with the incident because it's tiresome being taken out in the first lap".

He had earlier told Sky Sports F1 that Mercedes technical director James Allison had asked 'do you think it is deliberate or incompetence?' during the race.

That Allison remark was then put to Ferrari boss Maurizio Arrivabene, who told Italian TV that he hoped it was a joke or would otherwise be extremely displeased.

However, it is believed that the Allison comment was made in jest, and has not caused a serious problem between the two teams.

"I said you need to question whether it was incompetence or deliberate – a stupid comment of mine in the emotion," he said.

Hamilton had used his Instagram account post-race to address his absence from the immediate interviews before the podium ceremony.

Claiming he had lost "nearly 3kg" in his recovery drive, Hamilton said he "barely had any energy at the end to stand, let alone talk".

"If you can't understand and appreciate that then I fully understand," he added.

"[It] was nothing to do with anger, [I was] literally just exhausted both physically and emotionally."

Insight: Is there anything to Mercedes and Ferrari's opening lap F1 collisions?