Hamilton confident new Mercedes not a 'diva' like W08 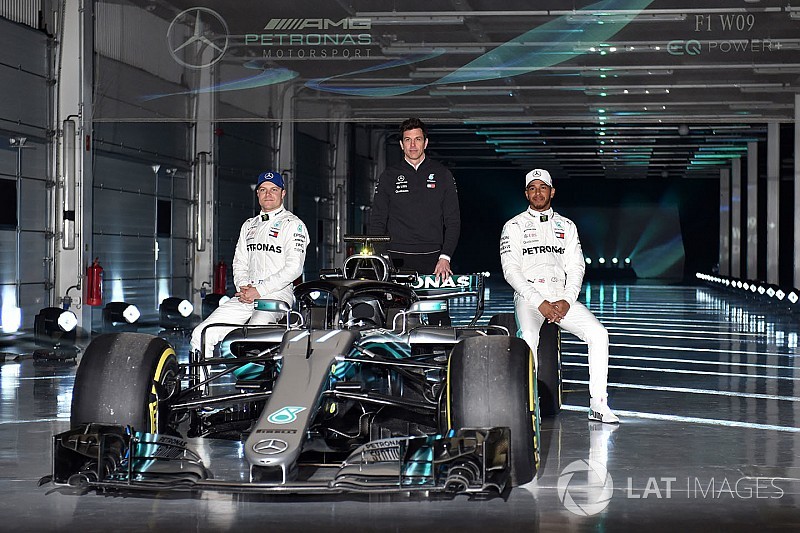 Lewis Hamilton is confident that the new Mercedes Formula 1 car will be more consistent than its predecessor, and stresses that the "work of art" features many changes under the skin.

While the W08 was the leading force in 2017, the car - dubbed a 'diva' by the team - struggled on twistier circuits like Monaco.

Hamilton says that both he and teammate Valtteri Bottas had significant input in addressing the weaknesses that surfaced last year, and that the new car won't favour the driving style of one or the other of them.

"It's a car that we both pushed and developed through the year last year," said Hamilton at the Silverstone launch.

"So what we see today is an evolution of both of our driving DNA fused into one. That can only bode well for the team.

"It's definitely not moved away from me. I'm very, very close to my engineers, so I'm very much on top of that."

Mercedes says the new car "stays true to the general design principles of its championship-winning predecessor", as it has kept the same long wheelbase and marginally increased the rake.

However, Hamilton believes the changes made should be enough to address the negatives that plagued the 2017 version.

"I'm really hopeful that this year we've ironed out a lot of the creases. There's a different aerodynamic characteristic this year compared to last year.

"We've taken some of the good from last year, but there were circuits that we went to where we weren't that strong, so hopefully we've found a compromise which will favour a majority of the grand prix circuits.

Hamilton, who didn't see the finished car until he arrived at Silverstone today, was delighted with the job his team has done.

"It's a work of art, and it's really just incredible to see.

"I just walked into garage now and they took the cover off and I was staring at it. How did they do that?"

While Mercedes team principal Toto Wolff suggested that he would like to take the halo off the new car with a chainsaw, Hamilton was more positive.

"Honestly I think the team has done a great job to integrate it and make it as nice as it can look. It's something we've known for some time now, that it's coming. I think after a few races we'll forget that it's even there.

"You often look at the old car and think it's so dated. This is the new world right now, and I'm sure it's only the first step of evolution and development for this safety level.

"But it is heavy, the cars are getting heavier. It is a big car, but it's as streamlined as much as it can be."

Hamilton cautioned that the extra weight of this year's cars – with the limit rising to accommodate the halo – will create some issues, and make them less fun to drive.

"I'm going to try and veer off the negativity, but cars are getting heavier and heavier each year. That does obviously affect braking zones, there are various challenges in that.

"Obviously the brakes are always on the limit, they're not really developing much further than they have been the last couple of years, the technology's limited in the carbon industry, so that becomes more and more of a challenge.

"I hope the cars don't get much heavier than they are, but next year a seat and a driver can be 80kgs, so I can be a bodybuilder basically, and get the beach look I want!

"There are parts of the lighter cars and nimbler cars of the past that I like, easier to overtake, easier to manoeuvre in combat, whereas the heavier cars, it gets slower."

Wehrlein, Russell to serve as Mercedes F1 reserves in 2018