Jun.28 (GMM) Lewis Hamilton has repeated his depiction of Sebastian Vettel as a "fantastic driver" at the wheel of an "awesome car".

Earlier this week, triple world champion and 2013 points leader Vettel insisted he is not fazed by the likes of Hamilton or Fernando Alonso, who constantly herald one another's talents but hail only Vettel's Red Bull car.

When asked about that sort of criticism, 2008 world champion Hamilton accused the media of being "unfair".

"It's unfair to say we criticise him and say he (Vettel) doesn't belong with Fernando and I. He does belong in that group, definitely," the Briton is quoted by the Mirror.

Hamilton said Vettel is "an absolutely fantastic driver", but "he really does have an awesome car".

"I think he would have a much tougher time if he was positioned with some different drivers," he added.

"My comments are from what I see when I get to race wheel to wheel with him -- well, the few seconds that I do before he flies off into the distance.

"I am sure in the back of every driver's mind is 'What would it be like if I was in that car?'" 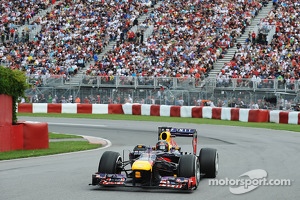 However, two pundits believe Hamilton should be looking at himself rather than others as he assesses why he only has a single title to his name.

"I think something happened a few years ago when he was looking for something in life outside of Formula One," Gary Anderson, a leading F1 engineer turned broadcaster, told Speed Week.

"In my opinion he lost some focus. He needs to understand that what you do on Sunday is not enough -- you have to think about nothing else than success, seven days a week.

"I no longer see that in him."

"I don't want to say Lewis is naive," he told the London Evening Standard, "but he has a lot to learn.

"He genuinely wants to pursue his career in his own way. But the sport that he's in is a very Machiavellian place.

"To succeed in Formula One you have to be a bit ruthless, have a focus, and almost a business mindset," added Hill.

On the other hand, although Hamilton eventually railed against the level of control exerted upon him, Anderson thinks Hamilton was the right man for McLaren.

Considering the great British team's seemingly endless 2013 crisis, he wonders: "Is Jenson Button just too nice for the situation they're in?

"I'm sure Lewis would make more fuss about it."

Da Costa and Sainz lined up for young drivers test