Lewis Hamilton believes Formula 1 title rival Max Verstappen was "over the limit" during their incident-packed battle for victory in Jeddah, admitting it was "difficult" to keep his cool.

Hamilton won the inaugural Saudi Arabian Grand Prix after a tense fight with Verstappen at the Jeddah Corniche Circuit, leaving them tied on points ahead of the Abu Dhabi season finale.

Verstappen ran Hamilton wide on two occasions when fighting for position at Turn 1, prompting the FIA to twice order him to give the position back.

On one occasion when Verstappen slowed ahead of the final corner, Hamilton ran into the back of him, leaving the Mercedes car with front wing damage.

Verstappen was ultimately handed a five-second time penalty for one of the Turn 1 incidents, as he was deemed to have left the track and gained an advantage. He ultimately yielded the lead to Hamilton, and would finish over 11 seconds behind in second place.

"For me, I really have to try and just keep my cool out there, which was really difficult to do," Hamilton said after the race.

"I've raced a lot of drivers through my life. In 28 years, I've come across a lot of different characters. And there's a few at the top which are like, over the limit. Rules kind of don't apply or don't think of the rules.

"Today I was just trying to do my talking on track, keep my car between the white lines and do it the right way."

"I've avoided collisions on so many occasions with the guy. I don't always mind being the guy that does that. Because you live to fight another day, which I obviously did."

Verstappen and Hamilton have made contact on a number of occasions this season, including at Monza and Silverstone. 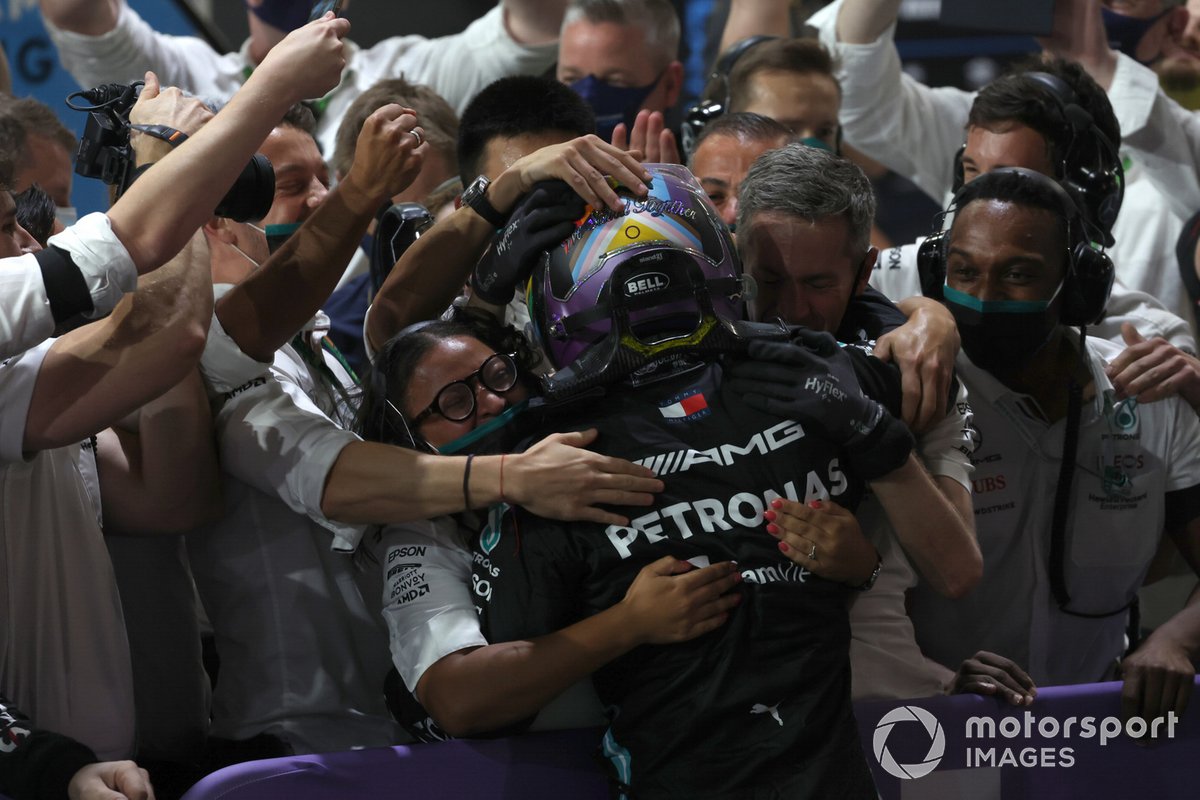 Hamilton said in the immediate aftermath of the race in parc ferme that he did not understand the sudden slowing of Verstappen when trying to hand the place back.

"I didn't get the information, so I didn't really understand what was going on," Hamilton said in the media pen.

"All of a sudden he started backing up, and then kind of moving a little bit. I was like, is he trying to play some kind of crazy tactic? I don't know.

"But then all of a sudden the message started coming through, just as he like braked, he hit the brakes so hard, and I nearly went completely up the back of him and took us both out.

"For him, it doesn't matter for him if we don't both finish. For me, we both need to finish. But it'll be interesting to see what happens."

While the drivers are tied on points heading to Abu Dhabi, Verstappen sits one win clear of Hamilton in the standings.

Looking ahead to the final race, Hamilton said: "I'm personally chilled. I feel like I'm in a boxing ring, and I'm ready to go."