Hamilton: Verstappen knew what would happen ahead of Monza crash

Lewis Hamilton says Max Verstappen knew "what was going to happen" before their crash in Sunday's Formula 1 Italian Grand Prix that eliminated both title contenders from the race.

Hamilton and Verstappen collided while battling for position at the first chicane midway through the race at Monza, forcing them both to retire.

Hamilton exited the pits and tried to defend his position from Verstappen, taking the inside line into the first corner.

This left Verstappen looking to get the inside line for Turn 2, only for him to run over the kerbs at the corner and continue directly into Hamilton's car.

Verstappen's Red Bull was left on top of Hamilton's Mercedes, with one of Verstappen's wheels even making contact with Hamilton's helmet in the crash, albeit mainly buffeted by the halo. Verstappen returned to the pits on foot and told his team that Hamilton "didn't leave me the space".

"I was racing as hard as I could, finally got past Lando [Norris]," Hamilton said on Sky Sports after the race.

"[I] came out, I saw that Daniel [Ricciardo] came past, Max was coming, I made sure I left a car's width on the outside for him. 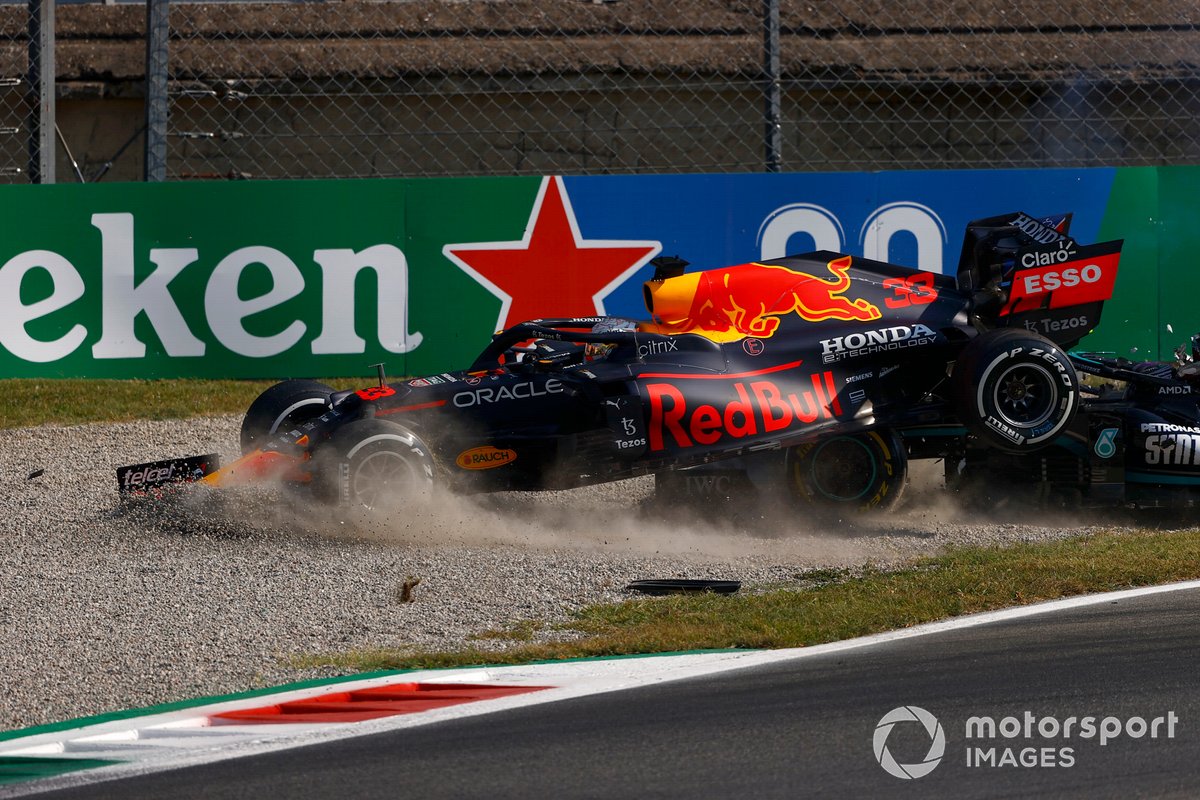 It marked the second moment of contact between Hamilton and Verstappen in the race after the pair had gone wheel-to-wheel in a similar incident at the Roggia chicane on the opening lap.

In that move, Hamilton pulled out at the last moment and took to the kerbs, causing him to lose a place to Norris after passing the McLaren earlier on.

Hamilton said Verstappen was in "exactly the same scenario" in the crash as he was on the opening lap.

"I was in exactly the same position, but I gave way, and that's racing," Hamilton said.

"He didn't want to give way today. He knew that when he was going into 2 what was going to happen. He knew he was going over the kerbs. But he still did it.

"We'll speak to the stewards and see. But I don't really know what else to say."

Hamilton and Verstappen will meet with the stewards at Monza at 1715 local time to discuss the incident, which is being investigated.

Hamilton added that he was "a bit sore in my neck" because of the wheel that landed on his head, but that he will "be OK".