No further action over Hamilton/Verstappen incident 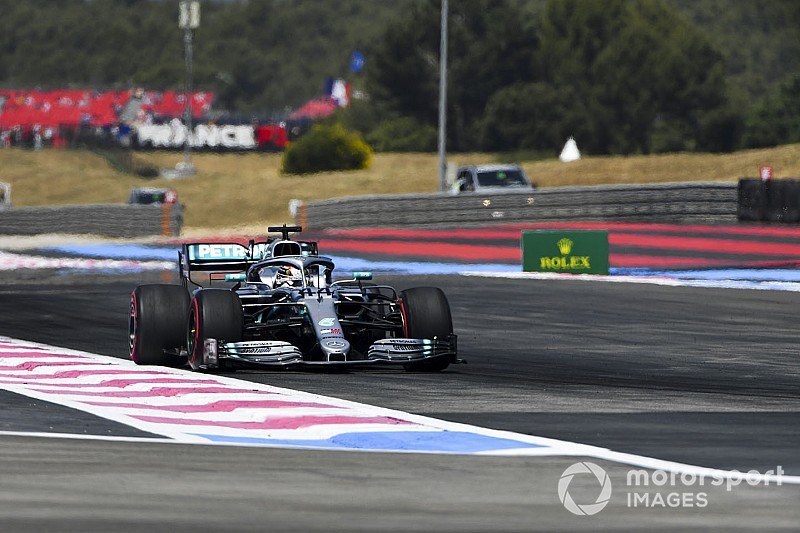 Lewis Hamilton has escaped sanction for the way he rejoined the track and tripped up Max Verstappen during second practice at the French Grand Prix.

The world championship leader briefly lost control of his Mercedes and swiped a bollard at Turn 4 exactly halfway through the second session.

But as he rejoined the circuit, he came back on track right in front of Verstappen, who was unable to take the ideal inside line at Turn 5 and ran wide.

Both drivers were summoned to see the stewards to explain their actions, but in the end it was decided that the incident warranted no action.

A statement issued by the stewards said: "The drivers agreed that the situation was not particularly dangerous and did not give Verstappen a lasting disadvantage in this Practice Session.

"Both drivers agreed that the limited rear visibility and the angle of Car 44 made it difficult for Hamilton to see the approaching car and agreed that Hamilton re-joined slowly.

"The Stewards could observe from the on-board video that Hamilton looked in his mirrors at least twice before attempting to re-join the circuit."

The decision to not take action on Hamilton came less than an hour after the stewards rejected a request from Ferrari for the FIA to review the decision to punish Sebastian Vettel at the Canadian Grand Prix for a similar offence.

Stewards' decision in full: Why Ferrari's challenge was rejected