Hamilton: Tuscan GP one of my "most challenging" F1 wins 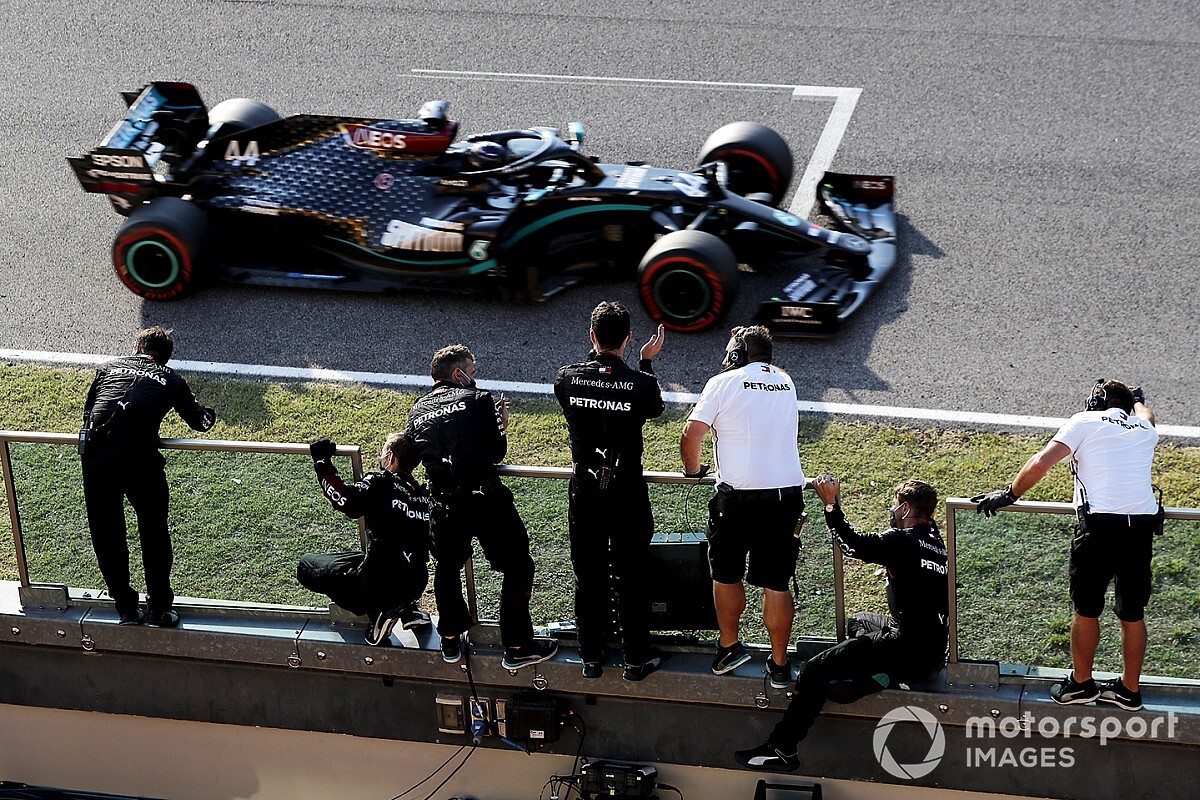 Lewis Hamilton felt the Tuscan Grand Prix was one of his "most challenging" victories in Formula 1 after a race featuring three grid starts and two red flags.

Hamilton was able to extend his lead at the top of the F1 drivers' championship with victory at Mugello on Sunday, leading home Mercedes teammate Valtteri Bottas.

Hamilton initially lost the lead from pole position before taking the place back on the first grid restart following a red flag period called on lap nine.

The race was red flagged for a second time after a late crash for Lance Stroll, setting up a 13-lap sprint to the line that Hamilton was able to win ahead of Bottas.

The incident-strewn race saw just 12 cars finish, prompting Hamilton to call it "one of the craziest races" has had in F1.

"It felt like I had three races in one day, I'm pretty exhausted, to be honest," Hamilton said.

"Then I had a seven-second gap or whatever it is, and pretty comfortable with that gap and new tyres, and then another [red flag].

"Of course anything could happen on those starts, but fortunately I got the best start finally of the day.

"After that, Valtteri was still right there the whole time, so if I made any mistake, he would have slipstreamed me up this 1,000 metre straight.

"Today was physically and mentally one of the most challenging days I've experienced."

Hamilton said the regular stoppages made it difficult to stay focused during the race, but praised the Mercedes team for staying cool under the circumstances.

"Valtteri was so quick all weekend, so keeping him behind, the starts and stops that we had, I wouldn't say it was very easy to stay in the zone," Hamilton said.

"But [I'm] really, really grateful to the team for running up an down the pit lane. We had the furthest to go, and with their composure, I think they did an amazing job.

"Just proud to be a part of it, and really proud of the performance today. It was not easy keeping these guys behind."

Mugello marked another new circuit that Hamilton has won a race at as the track hosted its maiden F1 grand prix this weekend.

It means Hamilton extended his record of winning F1 races at the most different tracks, his tally now standing at 27.

Asked if he would like to return to Mugello, Hamilton replied: "I like it. I don't know how it was down the rest of the field, but yeah, it's an incredible circuit, and I would really love to come back."