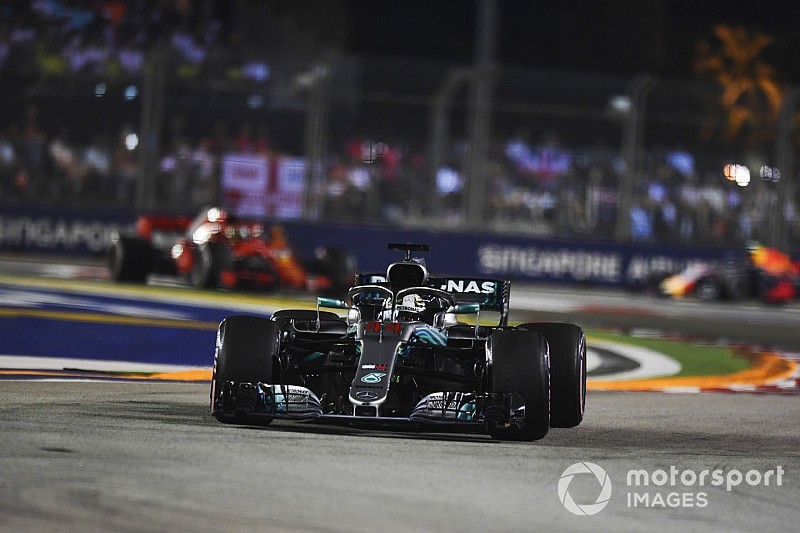 Lewis Hamilton says he feel proud to not have made the kind of costly mistakes that have derailed Sebastian Vettel's season, as he insists Mercedes has not 'lucked in' to its strong title position.

Hamilton's victory in the Singapore Grand Prix has helped him open out a 40-point advantage over Vettel in the drivers' championship.

And on a weekend when a brilliant Hamilton effort in qualifying was in contrast to Vettel putting Ferrari's hopes on the backfoot with a crash in practice, the Mercedes driver is clear about the value of his own performance.

"I don't look at it and think 'we've lucked in'," said Hamilton. "When Vettel hit the wall the other day, damaged the car and lost running on the track, that's not us lucking in. I take a lot of pride in not putting myself in those positions.

Hamilton remains steadfast in his belief that Mercedes is continuing to overdeliver this season, with it not having had the fastest car for much of the year.

Despite his sizeable advantage in the standings though, Hamilton says that neither he nor his Mercedes team are getting carried away in thinking the battle is over yet.

"There are still a lot of points available, so as an athlete, as a team, and as competitors, you have to stay positive," he said.

"Hope and belief are two things that you always need to make sure you have. Even when the going gets tough, that's what sport and competition is about.

"But I can assure you that we as a team, we're not cocky or overly confident. We are being diligent and working as hard as we can. We want to keep hammering away as we are.

Hamilton is not quite in a situation where he can afford to finish second in every race, nor at the point yet where he can target taking the title early.

That is why he says that for now his approach is still that he needs to try to win every time out.

"There is just no need for me to look at the next few races and think 'OK, I need that there, and that there'. In my mind I need to win every race, simple as that," he said.

"I want to win every race, that's the goal. I'm just not looking at the points. It's nice having 40 points, but it's not the end until it's mathematically impossible [to lose]." 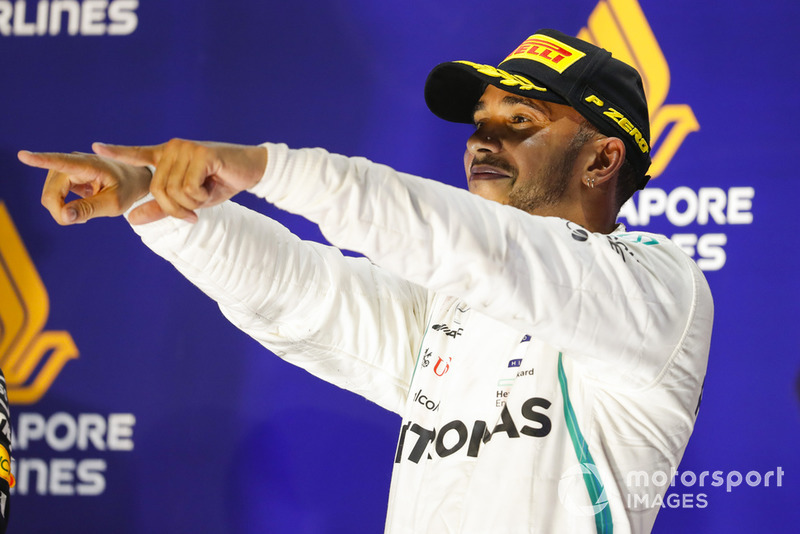 F1 Debrief: Hamilton does it again, Perez and Grosjean in hot water

How Ferrari went from favourite to nowhere in Singapore