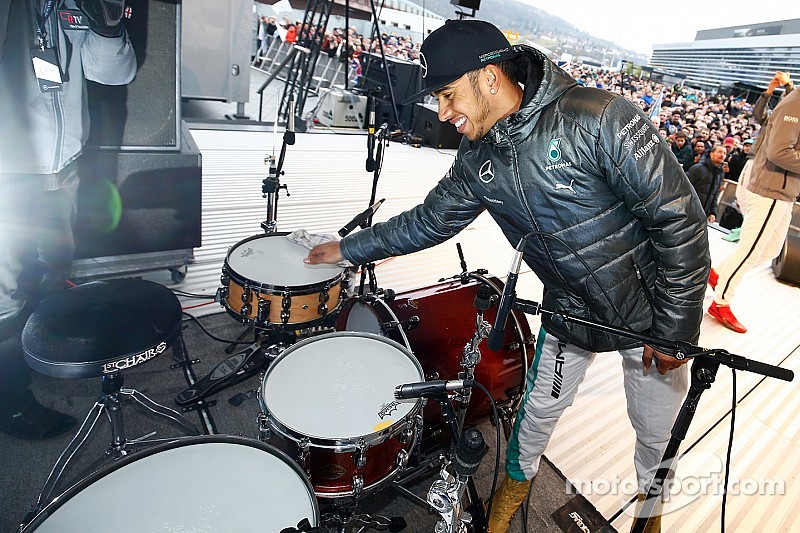 World champion Lewis Hamilton has replaced one entertainment-based management agency with another, British newspapers the Daily Mail and Telegraph report.

In November, despite not yet negotiating a new Mercedes contract beyond 2015, the Briton split with Spice Girls-famed Simon Fuller's XIX Entertainment.

The 30-year-old, whose girlfriend is Nicole Scherzinger, has never hidden his desire to expand his public profile beyond F1 and into film and particularly music, as he spends much of his spare time writing songs on his guitar.

So it is no surprise that, in the days after attending the Louis Vuitton Menswear show in Paris with a new hairstyle and wearing clear-lens glasses, Hamilton has now signed with London based Purple PR, who the Daily Mail said has stars including Beyonce, Adele and Prince on its roster.

Telegraph correspondent Daniel Johnson surmised that Hamilton is therefore still "without a manager for his affairs in the sport".

F1 supremo Bernie Ecclestone, however, told British television Sky this week that he is happy with the sport's newly-crowned double title winner.

"He's a rapper," said the 84-year-old. "So we're going to get to a completely different audience as well now. He's going to be good as a world champion."